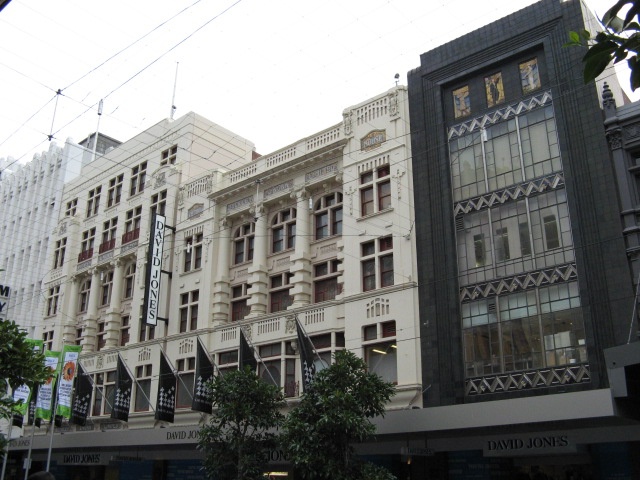 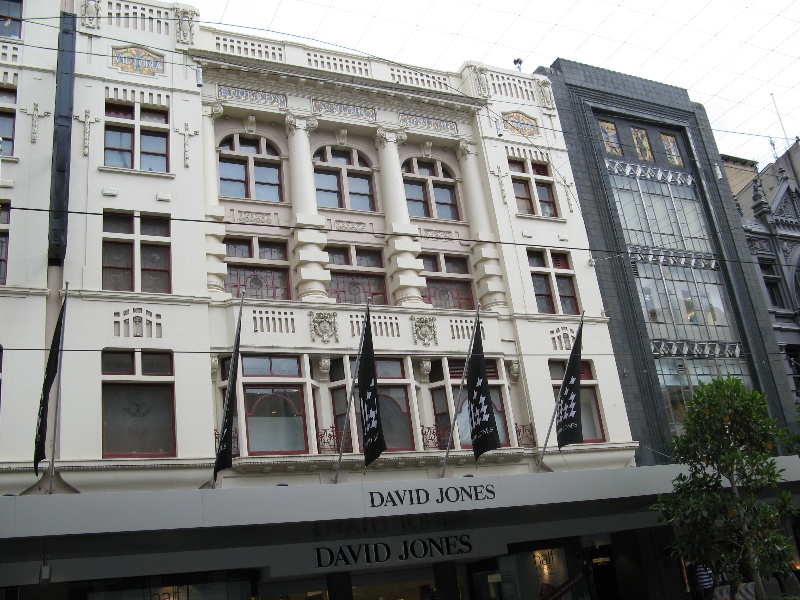 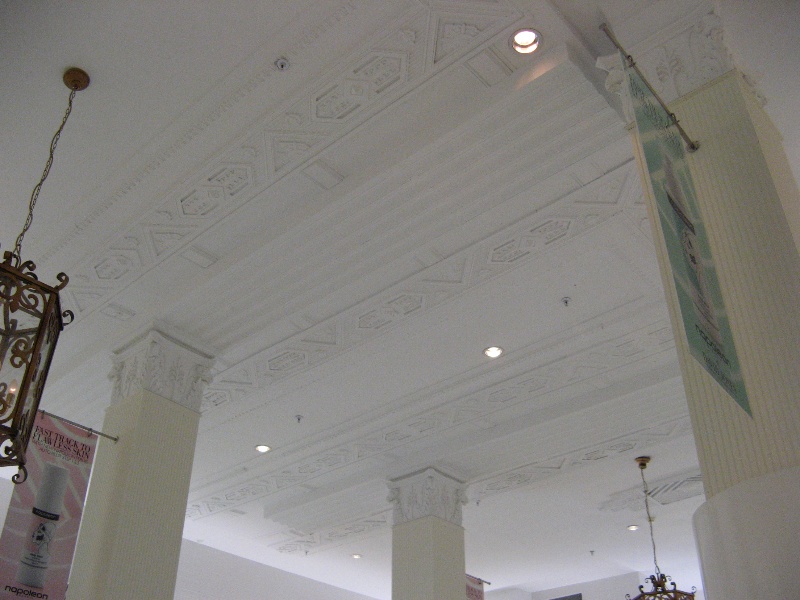 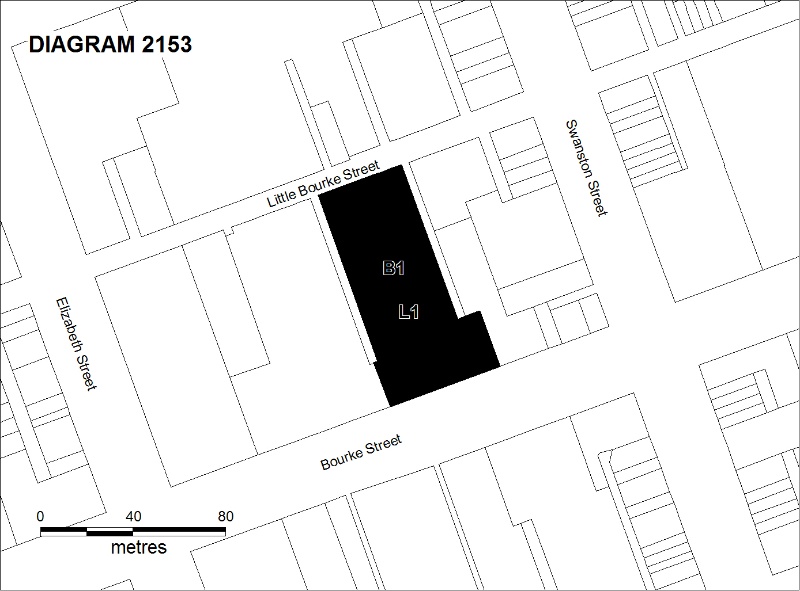 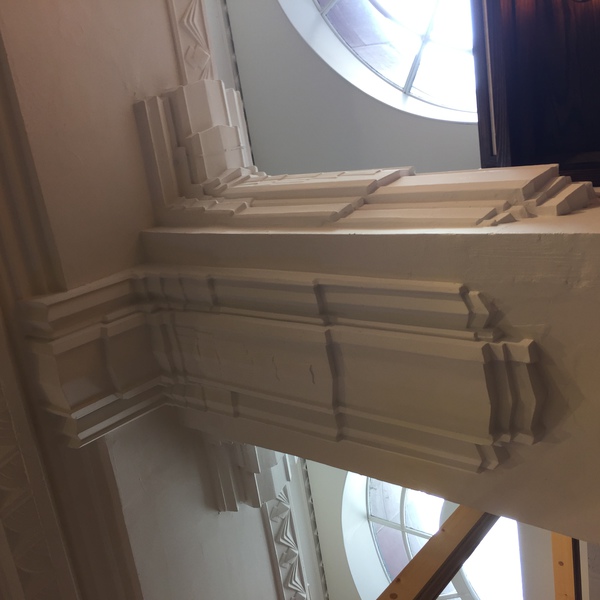 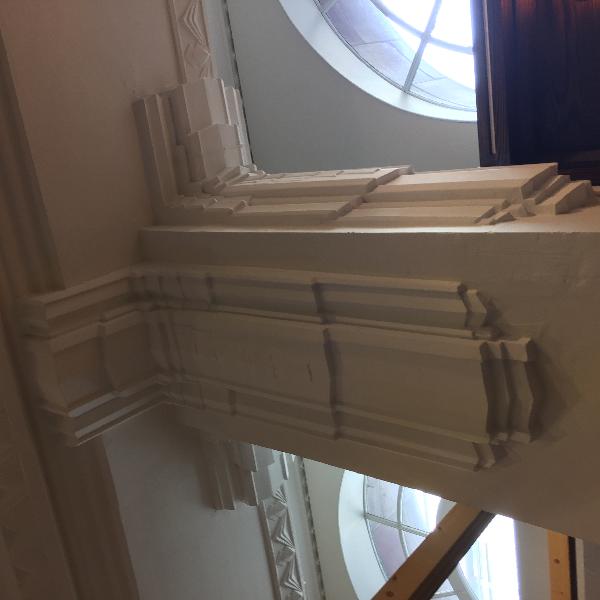 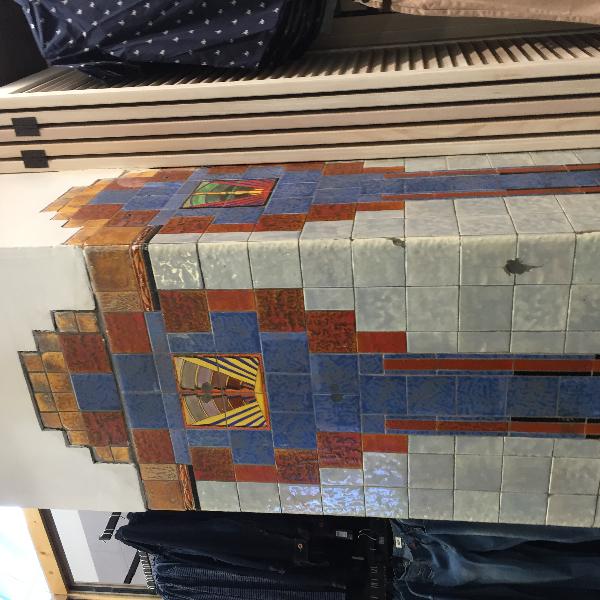 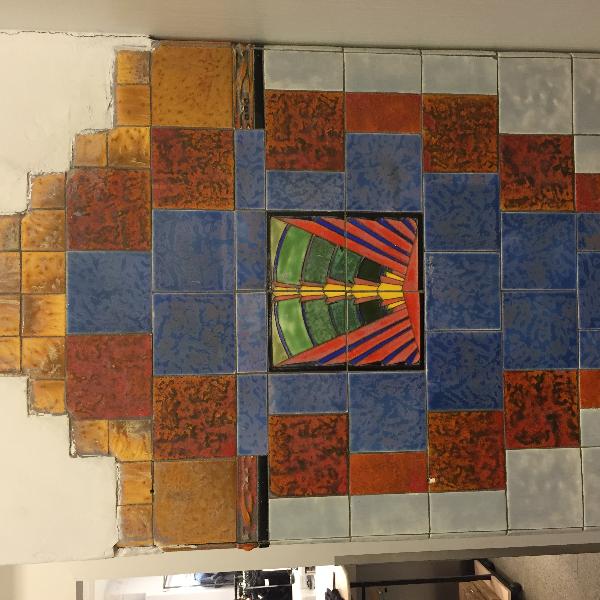 The David Jones store on the north side of Bourke Street was built for the retail store Buckley & Nunn, the western Edwardian Baroque section in two stages as the Buckley & Nunn Emporium in 1911 and 1912, and the eastern Moderne style Buckley & Nunn Men's Store in 1933. Buckley & Nunn was established by Mars Buckley, an Irishman who had arrived in Melbourne in 1851 with goods to sell, and after spending several successful months on the goldfields set up a drapery store in a rented wooden building in Bourke Street in 1852. He took into partnership Crumpton Nunn, who returned to England to manage that end of the business. Expansion during the 1850s enabled Buckley to rent larger premises, which he soon purchased, and by the late 1850s he occupied a site extending back to Little Bourke Street. In 1891 Nunn died and Buckley sold the business, which became Buckley & Nunn Pty Ltd. Department stores boomed in the early twentieth century and the store was rebuilt and later extended in the latest architectural styles. In 1910-12 the Emporium was rebuilt by the builder Arthur Palmer to designs by the prominent architectural firm Bates Peebles & Smart. In 1925 the same architects, now known as Bates & Smart, added two floors to the 1911 half of the building. In 1933 the store was extended to the east, with the building of a new Men's Store, designed by Walter Osbert McCutcheon of the same architectural firm, now known as Bates Smart & McCutcheon. In 1934 it won the RVIA Street Architecture Award. In the same year Moderne style lifts designed by Bates Smart & McCutcheon were installed in the Emporium. The original shopfronts have been replaced, cantilevered verandahs added across the entire Bourke Street facade and the interiors have been continually altered and updated to suit changing needs. The entire site was sold to and refurbished by David Jones in 1982. David Jones is Australia's oldest department store company, having opened their first store in Sydney in 1838. In 1986 David Jones also purchased the former Coles Store (VHR H2154) on the south side of Bourke Street for use as their menswear store.

The Bourke Street elevation of the David Jones store consists of three main elements: the two sections (numbers 306-12 and numbers 298-304 Bourke Street) of the former Buckley & Nunn Emporium, four storey buildings in the Edwardian Baroque style, and the 1933 Moderne style former Buckley & Nunn Men's Wear store. The former Emporium has an Edwardian Baroque style facade with rusticated giant order columns, unusual lattice-effect balustrades with Art Nouveau detailing, and colourful mosaic panels which include the names Buckley & Nunn Limited and Victoria House. The two storeys added to the 1911 building, in a similar but less decorated style to the earlier building, destroyed the symmetry of the 1911-12 Emporium. Internally some of the original Art Deco style plaster ceiling decoration survives. The Men's Store is a four storey building with a Jazz Moderne facade, with a border of black terracotta faience framing the three levels of steel framed windows, with sunburst motifs and Staybrite steel chevrons, inset with coloured enamels, decorating the spandrels at each floor. Below the parapet three cast terracotta panels depict men's wear in sport, evening dress and everyday attire. The Art Deco style lift surrounds feature black marble with chromium detailing and the interiors have tinted mirrors and ornate Art Deco timber and metal work.

The David Jones store is of architectural, historical and social significance to the State of Victoria.

The David Jones store is architecturally significant for its Bourke Street facades, in two distinct styles, both of which are fine examples of their type. The former Emporium facade is a notable example of the Edwardian Baroque style and the adjacent men's store an outstanding example of the Jazz Moderne style. Both buildings are important works by Melbourne's oldest established architectural firm, known in 1911-12 as Bates Peebles & Smart, and in 1933 as Bates Smart & McCutcheon. Both buildings are significant elements in the streetscape of the Bourke Street Mall, the retail heart of Melbourne. The former men's store is significant as a demonstration of the increasing use of colour on the facades of city buildings in the 1920s and 1930s. Remnants of the plaster decoration in the interior are significant as extensive surviving examples of their kind, and reflect the elegance expected of department stores in the early twentieth century. The lifts are significant as one of only four known examples of inter-war lifts in Victoria, as rare survivors of inter-war interior design and one of the best examples of the Art Deco style in Melbourne.

The David Jones store, formerly Buckley & Nunn, is socially significant as an important focus for city shopping trips for many Victorians for over a century and half.