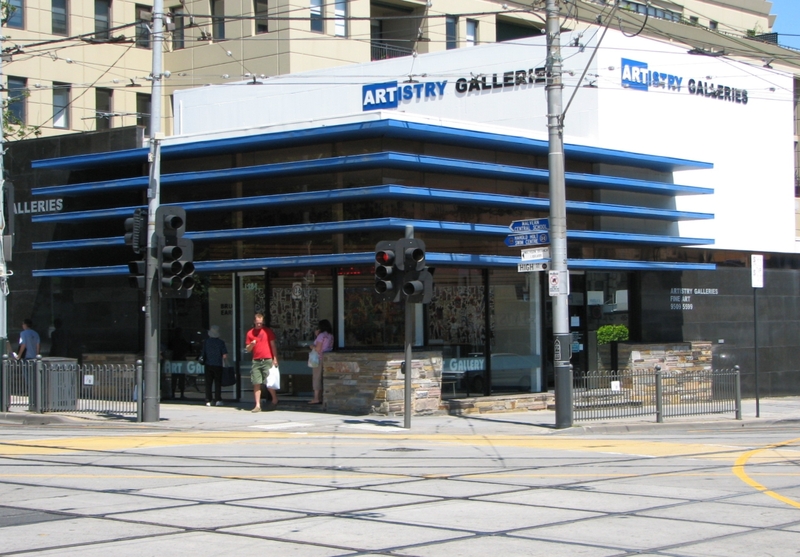 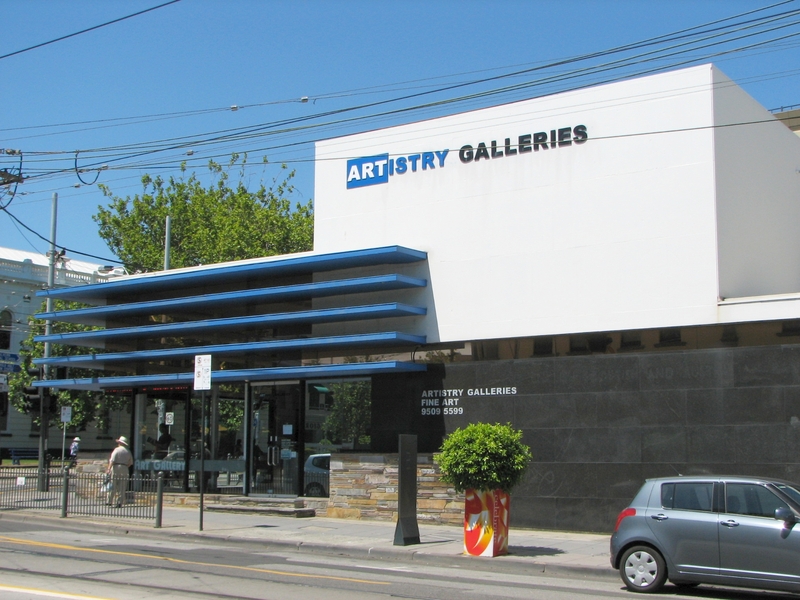 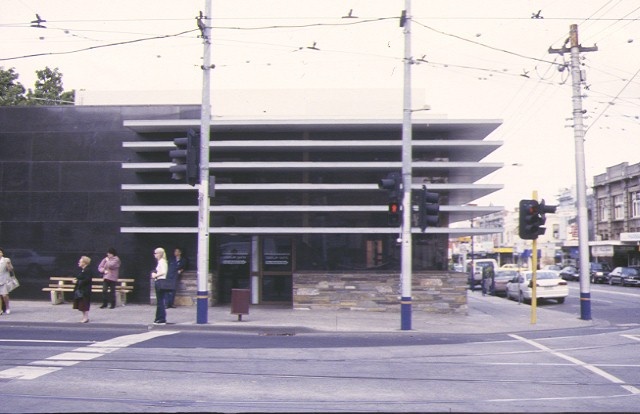 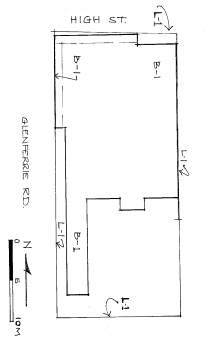 The Former ES&A Bank on the corner of Glenferrie Road and High Street Malvern was constructed by Swanson Bros. Pty Ltd in 1959 to a design by the ES&A Bank Architectural Department headed by Stuart McIntosh. The consultants for the project were structural engineers WL Irwin and Associates and Prentice Builders. The prominent site at the intersection of High Street and Glenferrie Road was first purchased by the English Scottish and Australian Bank in 1885 and the current building replaced a two storey red brick building. The design of the former ES&A Bank was stridently modern for its time with an interesting composition of planes and solids. The use of the 'brise-soleil' on the north and west is particularly striking due to its oversized deep fins. The composition makes use of large vertical planes in coursed dark polished granite and Gosford sandstone, strip windows in pink tinted glazing, and a feature garden planter bed around the base of the bank in Castlemaine slate. These architectural features wrap around what is in effect a large sandstone and cement rendered cube whose interior forms the banking chamber which is featureless save for the internal planter box and a metal mural by sculptor Charles Bush.

The Former ES&A Bank, corner Glenferrie Road and High Street Malvern is of architectural, social, scientific and technical significance to the State of Victoria.

The Former ES&A Bank, corner Glenferrie Road and High Street Malvern is architecturally significant as possibly the most striking modernist suburban bank design in Victoria. Designed by the ES&A Bank Architectural Department headed by Stuart McIntosh, at a time of great architectural interest in the use of the 'brise-soleil', the composition uses contrasting vertical planes of materials and colour along with an architectural play of intersecting vertical and horizontal elements where the overly deep 'brise-soleil' wrap around the north and west faces of the building. The coursed dark polished granite used in veneer walls directly contrasts with the random base stone work, the planes of pink glazing and the light coloured sandstone (since painted) of the projecting cube which forms the bank chamber. The bank chamber is also of interest for its metal mural by sculptor Charles Bush.

The Former ES&A Bank, corner Glenferrie Road and High Street, Malvern represents scientific and technical innovations in the use of sun shading devices (brise-soleil) as a climate control feature that is integrated into the building design.

The Former ES&A Bank is of social significance and representative of a class of building in that it expresses the physical manifestation of the post war expansion of retail banking. Although this building is of a non-traditional form, it incorporates materials historically associated with banking construction ie: granite, sandstone and marble, to communicate the characteristics of security, permanence, impregnability and privacy of banking transactions.