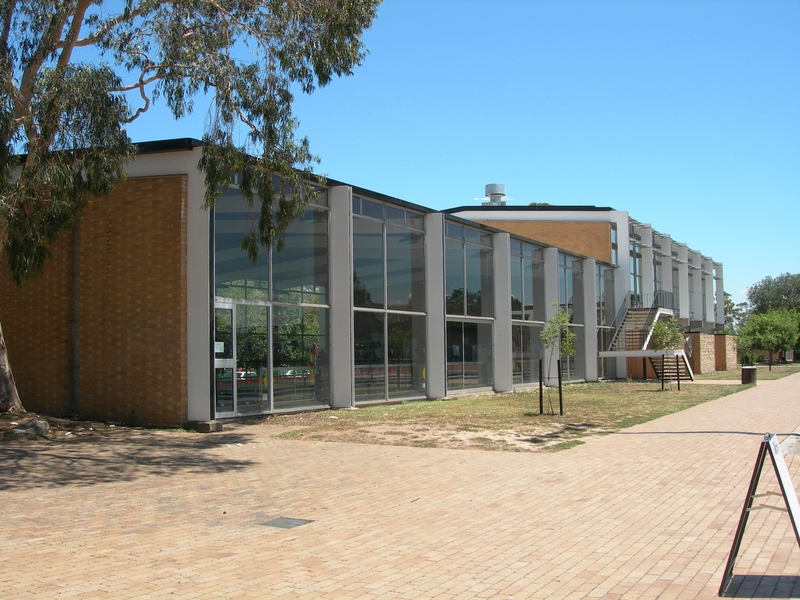 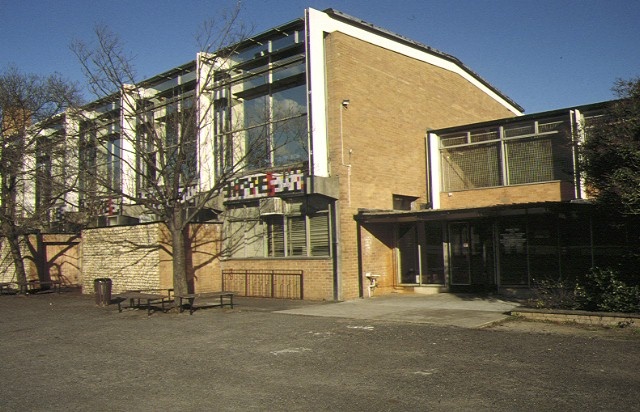 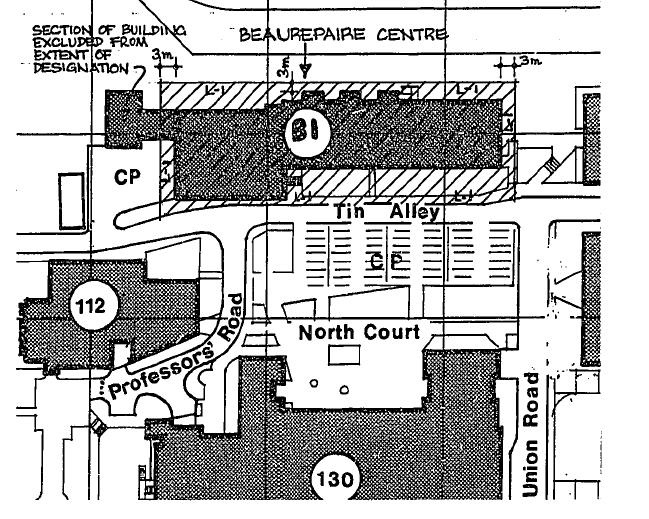 The Beaurepaire Centre, designed by Eggleston, Macdonald and Secomb and comprising a 25 metre tiled swimming pool, changing rooms, gymnasium, trophy hall and administrative offices was officially opened on 12 April 1957, although it had already been used for training purposes by athletes during the 1956 Olympic Games. The complex was realised from a gift of £200,000 to the University by Sir Frank Beaurepaire. Beaurepaire was a former Olympic swimmer who, in one of many acts of philanthropy, provided the money for this complex in order to further the development of the individual character, health and leadership skills of students. Construction is of simple steel portal frames with walls of cream coloured brick and aluminium-framed glass curtain walls. The roof was originally of ‘fural’ aluminium, later replaced by Colorbond decking. In the trophy hall of the Beaurepaire Centre is a mural frieze designed by Leonard French entitled ‘Symmetry of Sport’. It is semi-abstract in style, finished in enamel paint on cement, and reaches from the floor to the ceiling of the hall. The Centre is decorated externally with a bank of Italian glass mosaic tiles also designed by French. In 1958 the Greek Orthodox community of Melbourne donated a copy of a bronzed Zeus which was originally located at the southern entrance to the complex. This impressive classical statue is now located at the top of the stair to the trophy hall.

The Beaurepaire Centre is of architectural, aesthetic and historical significance to the State of Victoria.

The Beaurepaire Centre is architecturally significant as an unpretentious and elegantly designed example of the International Style. The Centre is an unusual combination of engineering and art representing a new monumentalism in Victorian architecture. The Centre's massing, its expressed structural framework, its extensive use of glass, sun control devices and internal acoustic treatments were influential in the development of architectural style, building technology and construction techniques in Victoria in the 1950s. The Beaurepaire Centre is a significant early work of the burgeoning architectural practice of Eggleston Macdonald and Secomb. This firm later produced many important buildings for the University of Melbourne and tertiary institutions.

The Beaurepaire Centre is aesthetically significant for the mural in the trophy hall 'Symmetry of Sport' and the external glass mosaic friezes by Leonard French. French is one of Australia's most distinguished twentieth century artists. His public commissions in stained glass, mosaic, tapestry and paintings are held in high regard. The Beaurepaire murals are significant examples of his earlier manner.

The Beaurepaire Centre is historically significant for its strong associations with Sir Frank Beaurepaire, Olympic swimmer, businessman, civic leader and Chairman of the committee that promoted the Olympic Games in Melbourne in 1956. Beaurepaire’s financial gift, which enabled the Centre to be built, was the largest single donation ever received by the University. The Beaurepaire Centre was used by Olympic athletes for training purposes, and has a strong association with the Melbourne Olympic Games of 1956, an event of considerable social and historical importance to the State of Victoria.