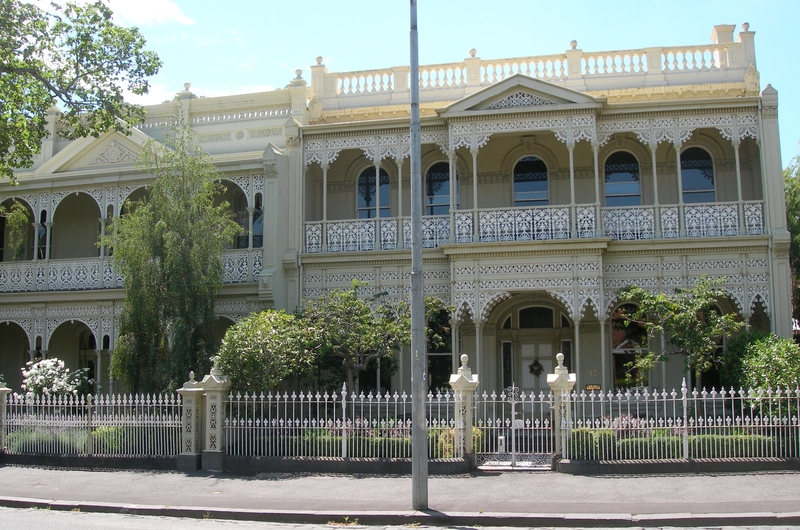 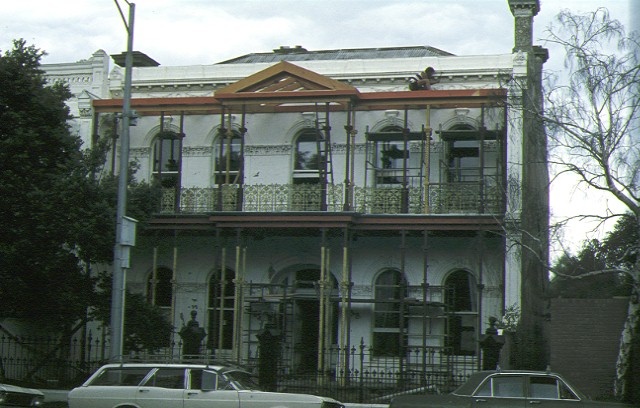 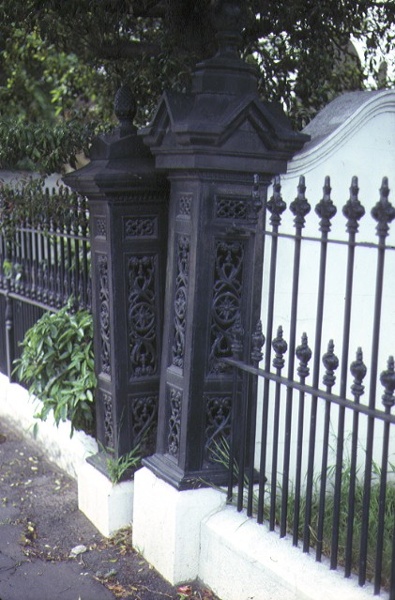 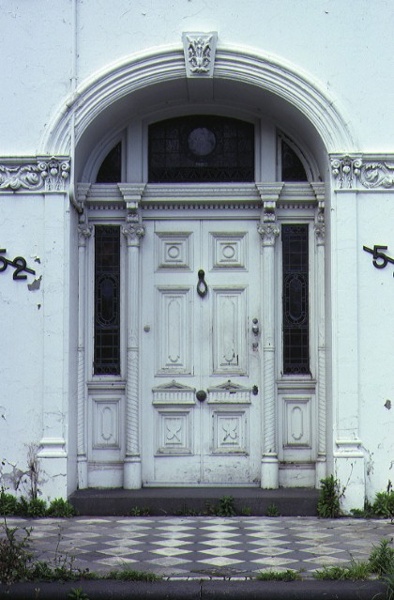 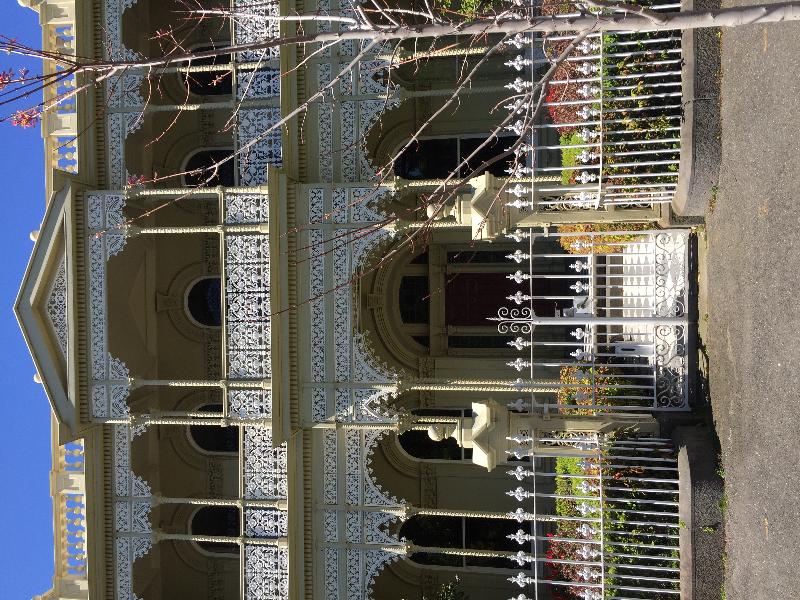 What is significant?
Foynes is a two storey double fronted house with a two storey verandah to the main facade. The construction is rendered brick with a roof originally of slate but now corrugated iron. The verandah floor is paved with black and white marble tiles. The front door has shamrock motifs in the lower two panels. The hall is paved with encaustic tiles. An intermediate arch is supported on elaborate pilasters which match the columns and arch across the stairwell. Elaborate plasterwork on the ground floor comprises friezes, cornices, ceiling strips and roses. On one side of the hall is the drawing room, almost a double cube in proportions. On the other side, the sitting room opens through large folding doors into the dining room. These spaces are repeated on the first floor. A flashed glass door, bevel-cut, leads from the hall through a tiled vestibule into the service wing. The rooms on the ground floor of the service wing have been altered in plan. Back stairs lead from the kitchen to the first floor and the rear. One wall has been removed to combine two servants' rooms. Stables, built at the same time as the house, are attached to the kitchen.

How is it significant?
Foynes is of architectural and social significance to the State of Victoria.

Why is it significant?
Foynes, built to a design by the architects Blackwell and Dalton, is architecturally significant as an important example of boom period terrace housing. It is one of the grandest in scale and detail reflecting its association with the height of the 1880s boom. Particularly notable is the quality of the plasterwork friezes, cornices, ceiling strips and roses on the ground floor. The joinery on the ground floor is also notable.