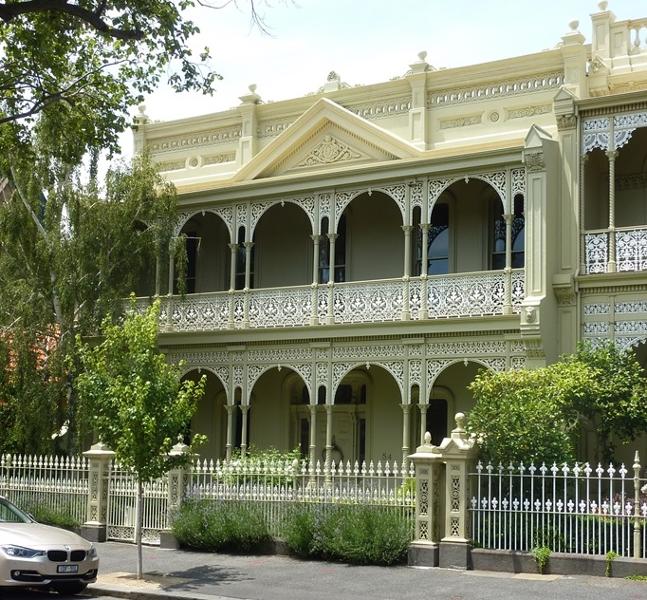 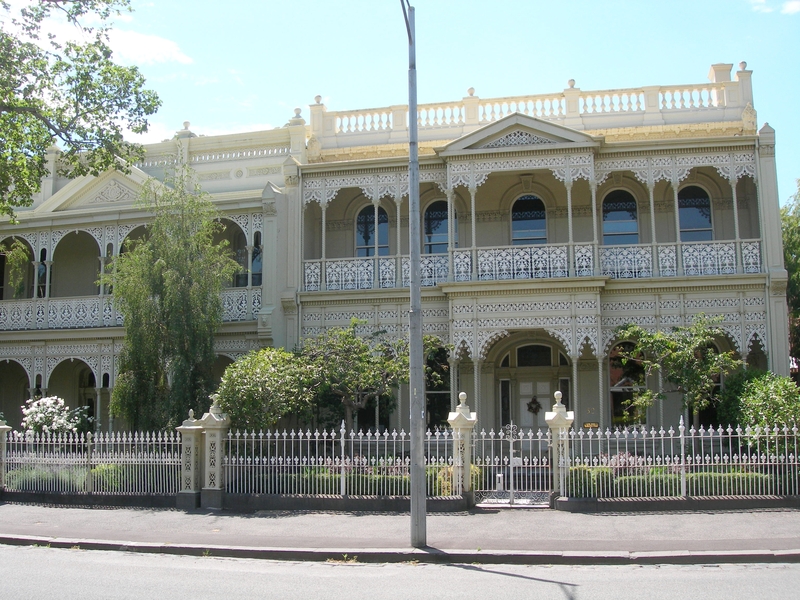 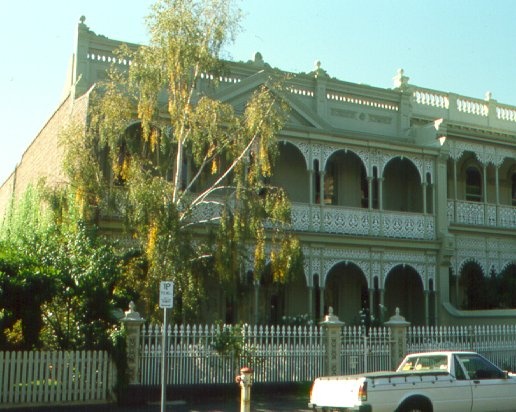 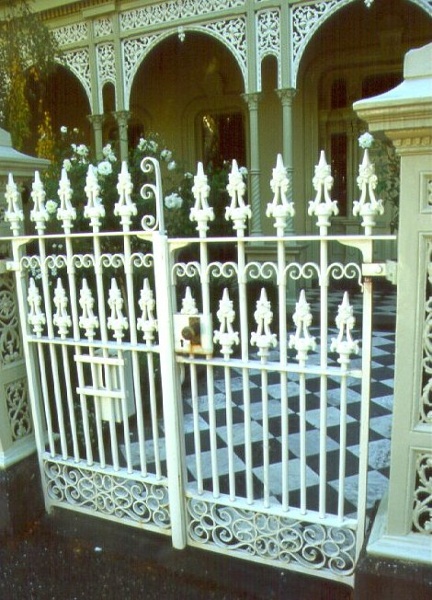 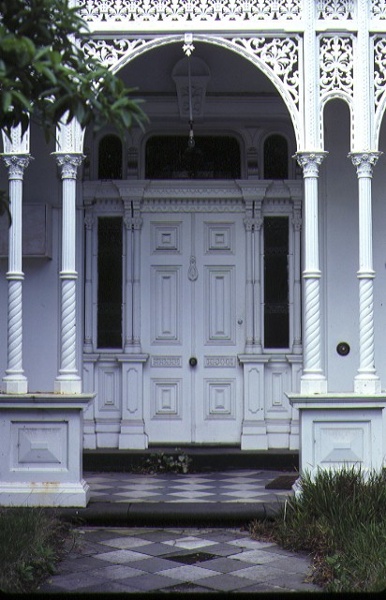 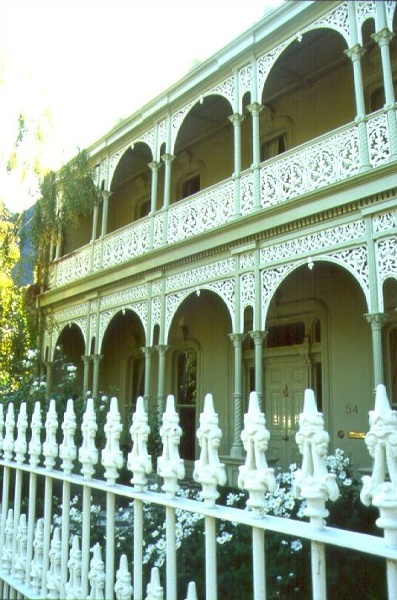 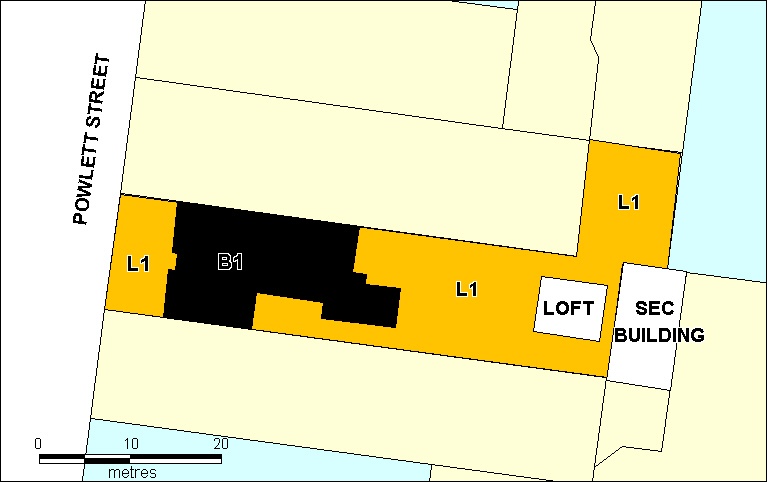 The house at 54 Powlett Street, East Melbourne was built in 1889 for James Wood, a dairy produce merchant who traded under the name Wood, Dunn & Co Ltd. It was initially named Woodlawn and renamed Eastcourt by 1921. The 12-roomed house was designed by architects Blackwell and Dalton who also designed the adjoining house at 52 Powlett Street in the same year. Alterations and additions were made to the house in 1920 before James Wood's death in 1922. Eastcourt remained in the Wood family until 1937 when it was sold at auction and the building operated as the Eastcourt Guest House for a number of years from the late 1930s. Further alterations were made to the building in 1940.

Eastcourt is a two storey rendered brick terrace house with double storey verandah, typical of the Victorian boom style. The front facade is symmetrically arranged with central entrance, five bay verandah, central pediment and three bay parapet above. Decoration is highly elaborate and typical of the high Victorian period. The verandah has coupled iron columns and elaborate cast iron frieze, upper balustrading and brackets which join to form arches. The central pediment contains a highly detailed tympanum and the parapet contains a repetitive pattern frieze between piers. A cast iron front picket fence on a bluestone base has elaborate posts and central double gates.

Internally the main rooms are richly decorated with elaborate plaster and timberwork and distinctive stained glass windows. Entrance side lights and fanlights depict neo-classical figures and a rustic cottage scene, and a ruby red fanlight at the end of the hallway contains etched images of James Wood and his wife.

Additions have been made to the rear of the house from 1920 onwards.

Eastcourt, East Melbourne is of architectural significance to the State of Victoria. It satisfies the following criterion for inclusion in the Victorian Heritage Register:

Eastcourt, East Melbourne is significant at the State level for the following reasons:

Eastcourt, East Melbourne is architecturally significant as a fine representative example of a boom-period town house. It is of grand scale and the exterior and interior detailing reflects its association with the height of the 1880s boom. [Criterion D]