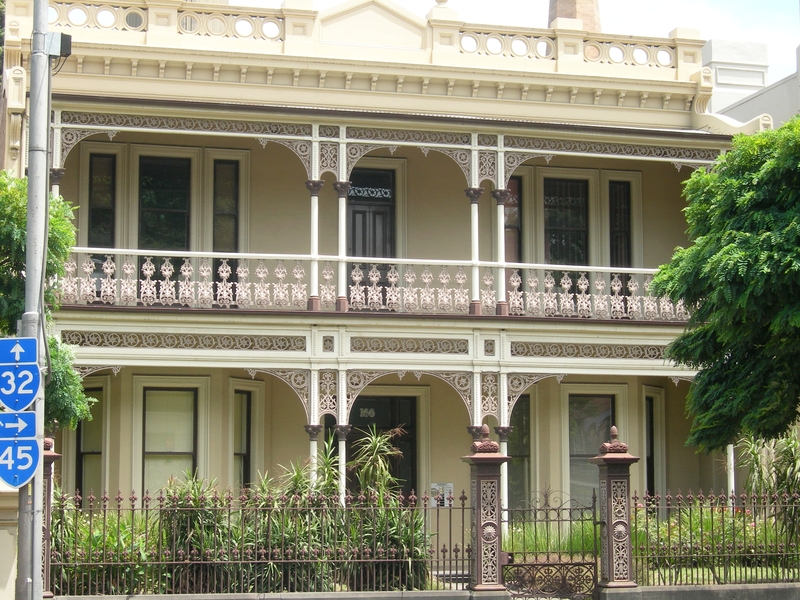 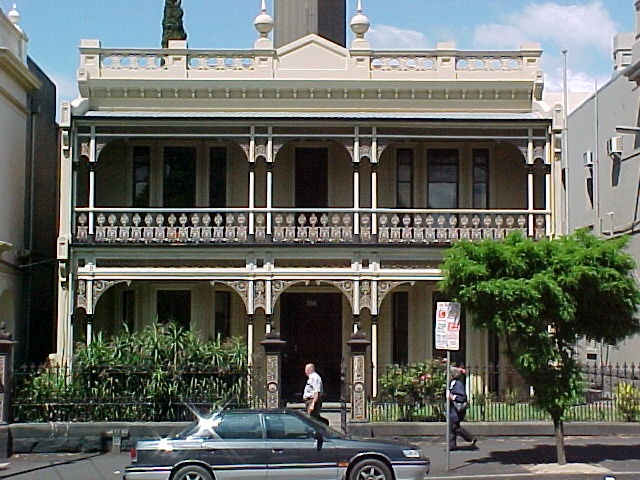 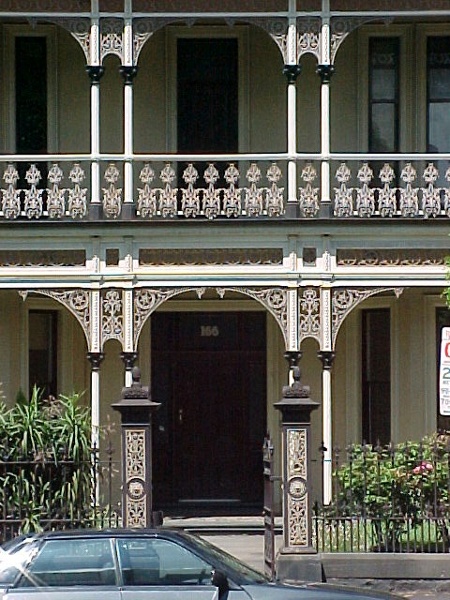 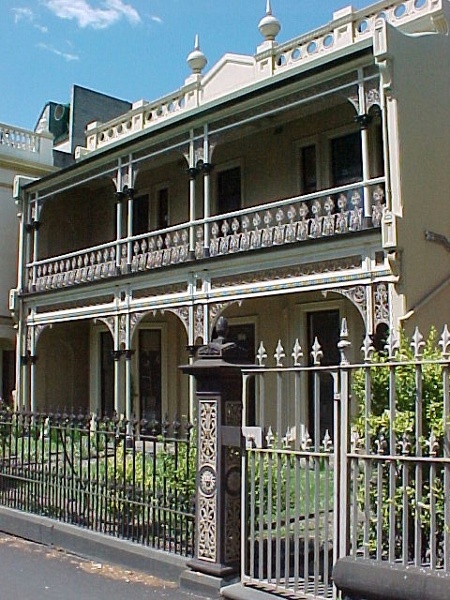 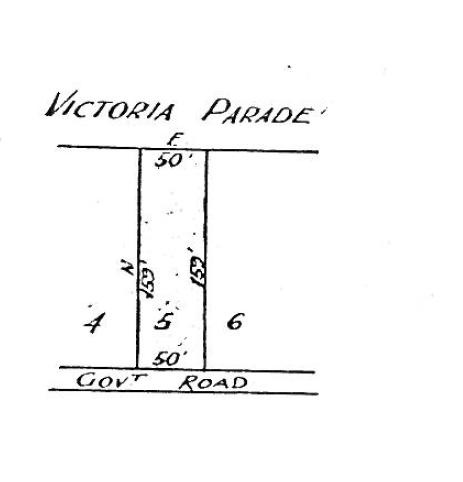 What is significant?
Ardee was built for Lawrence Benjamin in 1881 to the design of prominent architects Crouch and Wilson. It is a substantial two-storey stuccoed brick mansion with a symmetrical facade and verandah. It is set back from the street by a small front garden with a cast iron palisade fence and large hollow cast iron gate posts. The ground floor facade is composed of two flanking polygonal bay windows around a large doorcase with transom and sidelights. Above the bracketed cornice is a balustraded parapet with a central pediment flanked by two large urns complete with finials. The two-storey verandah is divided into three bays by paired fluted cast iron columns. The verandah is finished with delicate cast iron friezes, spandrels and balustrade frieze panels.

Why is it significant?
Ardee is of architectural and historical significance to the State of Victoria.

How is it significant?
Ardee is architecturally significanct as a substantial mansion house to the design of the distinguished architects Crouch and Wilson, a Melbourne firm who desinged many secular and non-secular buildings between 1858 and 1881. Ardee illustrates the Victorian-era housing tradition of the elite along the once fashionable Victoria Parade boulevard. The intact detail of the cast iron verandah and the finely executed parapet are particularly noteworthy in their contribution to the facade.

Ardee is historically significant for its associations with many prominent members of the East Melbourne community. The original owners of Ardee, the Benjamin family, were substantial property owners in the area and influential in the Jewish community. Ardee was later the residence of the Belgian Consul-General, Gustave Beckx, who played a prominent role in the colony?s trade relations. In 1889 Dr James Agnew, a physician, became occupier. Agnew helped the Slavation Army establish the Bethesda Hospital.