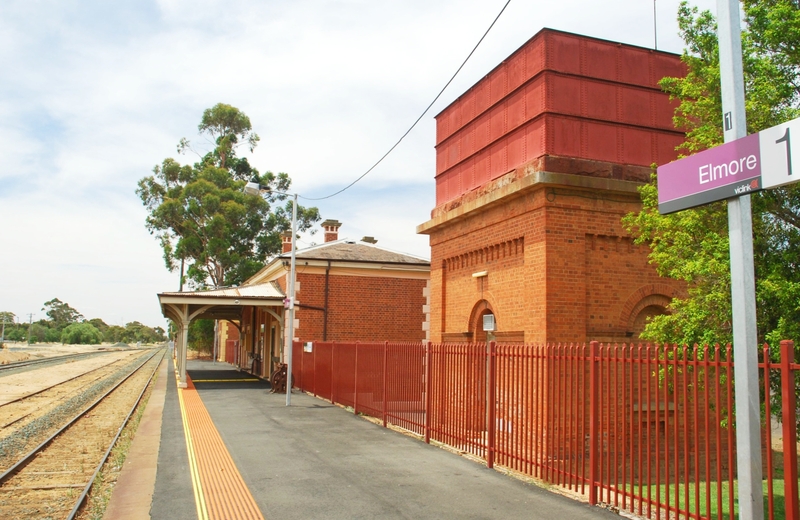 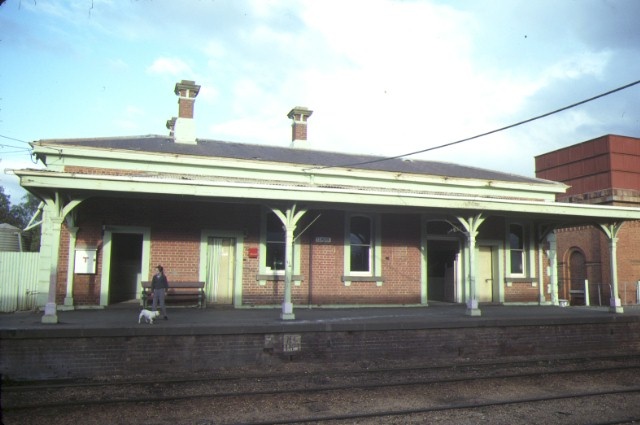 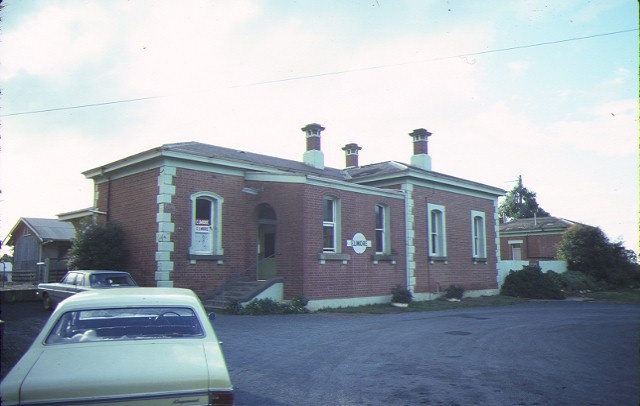 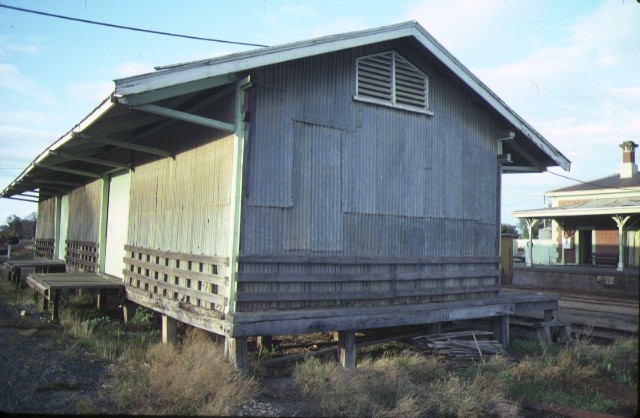 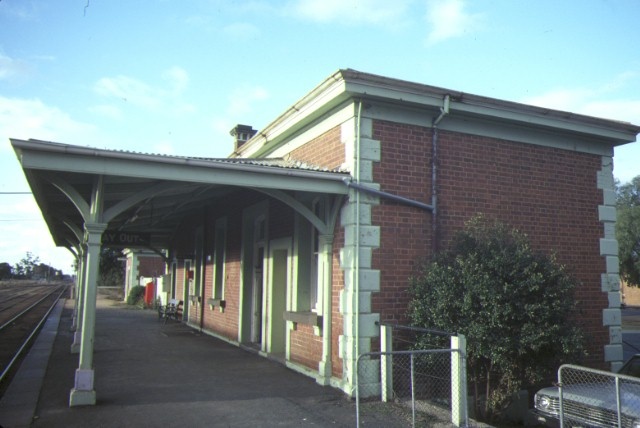 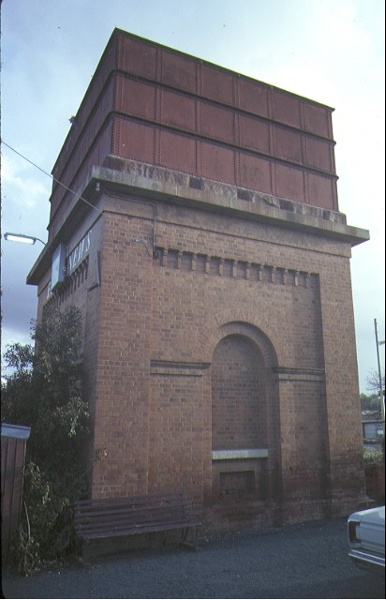 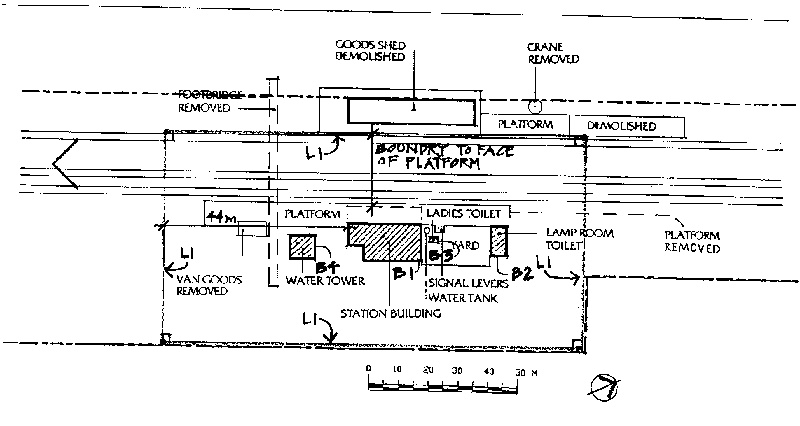 What is significant?
Elmore Railway Station and Water Tower were constructed in 1870 by P Cunningham for the Victorian Railways on the Melbourne-Echuca Line. It comprises a single storey Italianate railway Station building and residence with slate-hipped roof and cast iron gutters. The brickwork is relieved by stuccoed window and door dressings and quoins. A brick lamp room/ toilet block adjoins. The square, 20,000-gallon water tower is supported on a trabeated brick base with round base openings. The station currently serves goods trains only, while operating as a local museum.

How is it significant?
Elmore Railway Station and Water Tower are historically and architecturally significant to the State of Victoria.

Why is it significant?
Elmore Railway Station and Water Tower are historically significant for their association with the development of the 'light lines' era, c1869 - c1884. The water tower is historically significant as a reminder of the pre-eminence of the steam era. The tower is a substantially intact example of a railway water tower constructed during the late 19th century to facilitate the operation of the steam engines.

Elmore Railway Station is architecturally significant as an important and intact example of the 'Castlemaine' style of railway stations. The 'Castlemaine' style features architectural devices characteristic of the Italianate school, such as heavy rusticated quoining, eaves corbelling, and low hipped roofs. Built shortly after the opening of the line, it serves as an important contributor to the character of the line and was a precursor for the 'Creswick' and 'Avoca' station groups. The use of timber to the verandahs was also a unique feature. The station buildings are enhanced by the water tower.