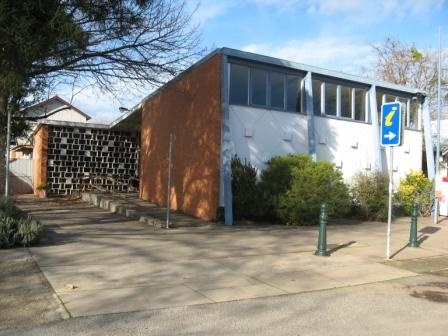 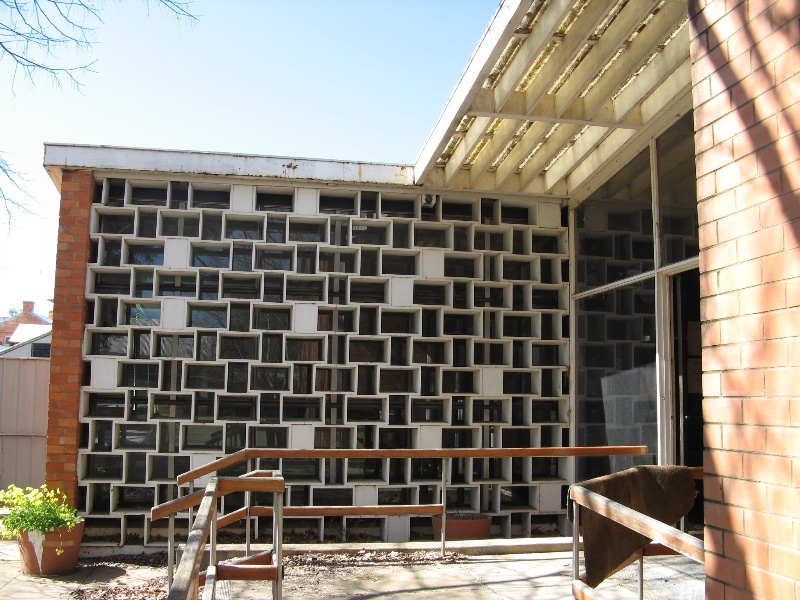 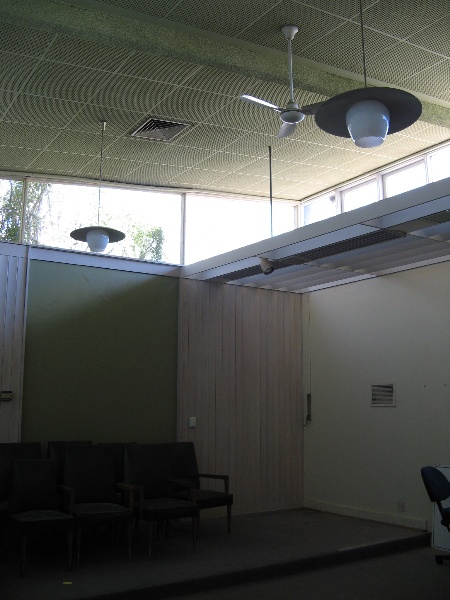 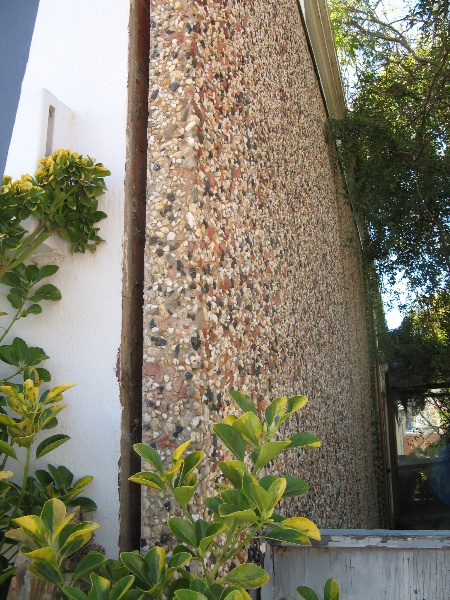 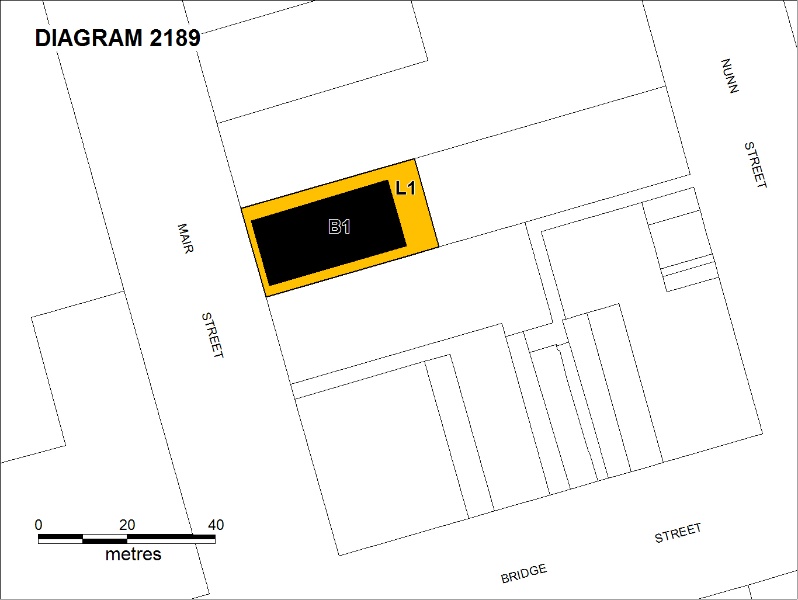 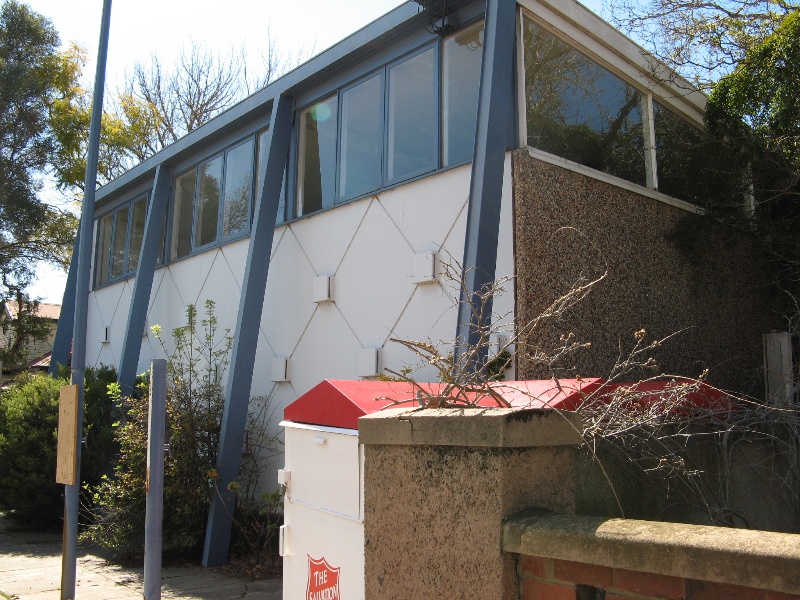 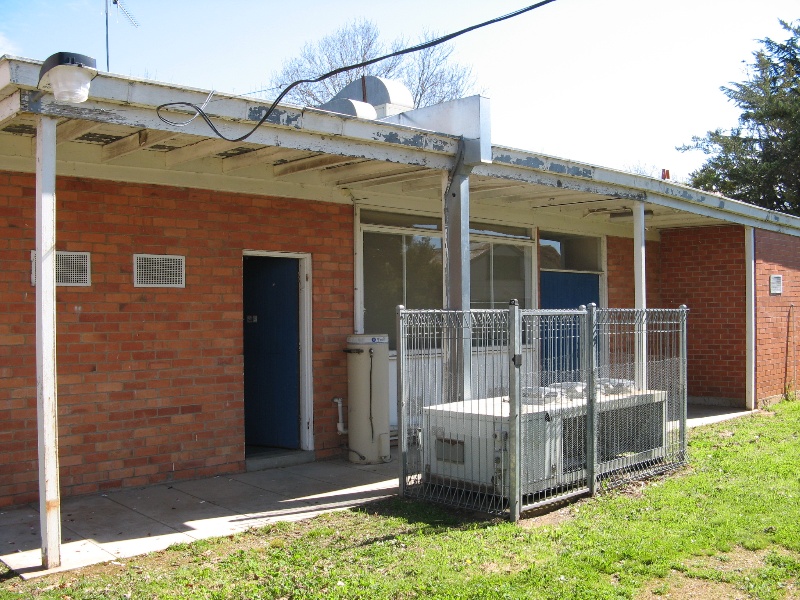 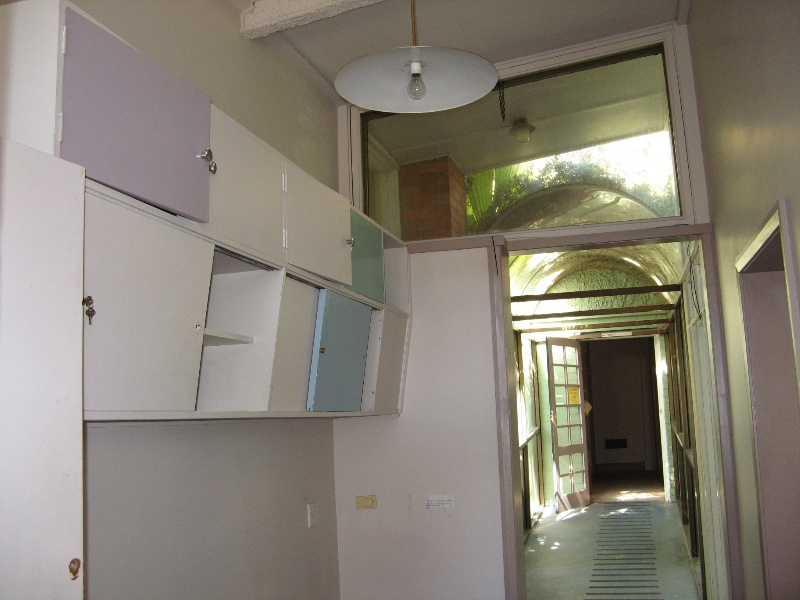 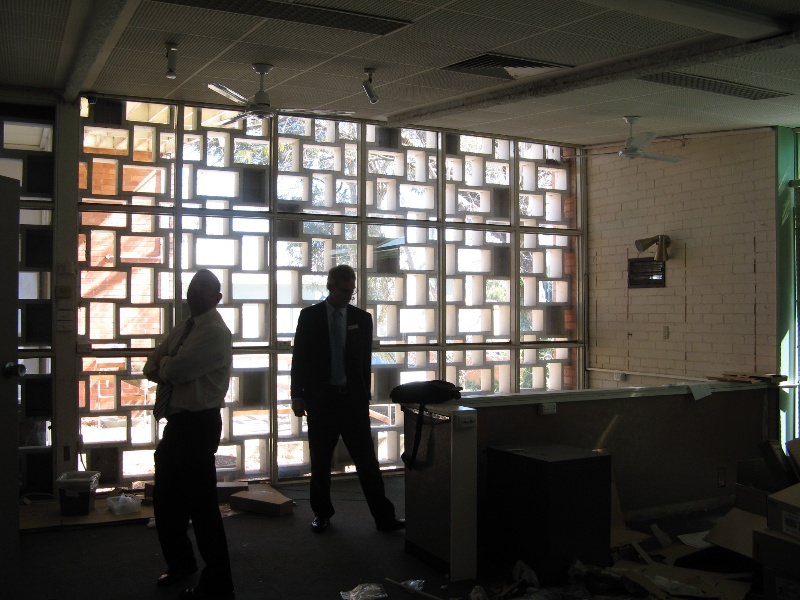 The former Benalla Shire Offices were designed by the architectural firm A K Lines MacFarlane & Marshall and built in 1958, replacing the first shire offices which had been built in 1881. Following the post-World War II growth of Benalla as a regional centre it became the Borough of Benalla in 1948. The town boundaries were enlarged and a major redevelopment of the town fabric occurred, including the construction of the new shire offices. The Melbourne architectural firm of A K Lines Macfarlane & Marshall had originated in the 1920s, and designed many houses in the eastern suburbs of Melbourne in the 1930s as A K Lines & MacFarlane. As A K Lines MacFarlane & Marshall they designed a number of post-war municipal offices, those at Benalla being the first. Although modernism had been introduced to Australia in the early decades of the twentieth century its influence was felt most strongly in the post-war period, which coincided with a great surge in building activity, and the period is noted for radical stylistic and structural experimentation. Modernism was expressed most strongly at first in domestic architecture, but soon spread to other building types, and the desire of local government to appear innovative and progressive soon led to its adoption for municipal buildings. An illustration of the building, titled 'Modernism in architecture', appeared in the Australian Publicity Council's c1960 book Liquid Gold Australia. The building served as shire offices until 1994, when, as part of the 1990s amalgamations of Victorian local government areas, the shire merged with adjacent shires to form the Shire of Delatite. For the following decade it was used as a community health centre.

The former Benalla Shire Offices is a single storey building with a butterfly roof, displaying strong contrasts in the materials used, including brick, glass, timber, aggregate panels and hollow concrete blocks. The main facade on Mair Street presents a largely blank wall to the street, with the main entrance on the north side of the building. Inclined steel beams divide the facade into three bays, with a high band of windows across the top. The only decoration on the front facade derives from the diagonally laid concrete panels each marked in the centre by a concrete block. The side walls have extensive areas of glass, and their front sections were originally clad in pre-cast panels of coarse multi-coloured aggregate, but along the north side this has now been replaced with brick. The main entrance is marked by a hollow concrete block screen and a timber pergola. The panels below the windows on the south side were designed to be painted in different bright colours, and bright colours were also used for the interiors. At the front of the building is a large Council Room, which retains its original light fittings, a built-in public bench at the rear and a number of probably original green vinyl upholstered chairs, as well as a timber sun shade below the high windows for protection from the westerly sun. At the rear are the general office and individual offices for the Shire President, Shire Secretary, Shire Engineer, Health Inspector and draftsman, and also a kitchen with its original cupboards and toilets. External alterations to the building include the addition of a concrete ramp for disabled access; replacement of the aggregate on the northern wall; replacement of the asbestos cement sheet roof cladding; building in of a section of the rear covered way to extend the male toilet facilities; and the addition of an enclosed link to the adjacent building at no 15. The original colour scheme has also been altered. Internal alterations include reconfiguration of the general office and entrance lobby area, and subdivision of several of the principal office spaces and former drafting room.

The former Benalla Shire Offices are of architectural and historical significance to the state of Victoria.

The former Benalla Shire Offices are of historical significance for their association with the economic growth of provincial Victoria following World War II, and as a demonstration of the civic aspirations of country towns in Victoria at this time. The small size of the building is a reflection of the small scale of local government in Victoria prior to the amalgamations of local government areas in the mid-1990s.

The former Benalla Shire Offices are architecturally significant as a rare and substantially intact example of a Modernist municipal building of the 1950s, and as a very early example of the adoption of the Modernist idiom for a municipal building. It demonstrates the innovations which occurred in architecture during the building boom of the late 1950s, following the austerity of the immediate post-war period. It demonstrates many of the characteristic features of 1950s architecture, including the human scale and lightness of structure, the butterfly roof, lack of decorative detail, and strong contrasts of textures (and originally of colours). It is architecturally significant as an early example of the institutional work of the architectural firm of A K Lines MacFarlane & Marshall, which specialised in municipal buildings in Victoria in the 1960s and 1970s.