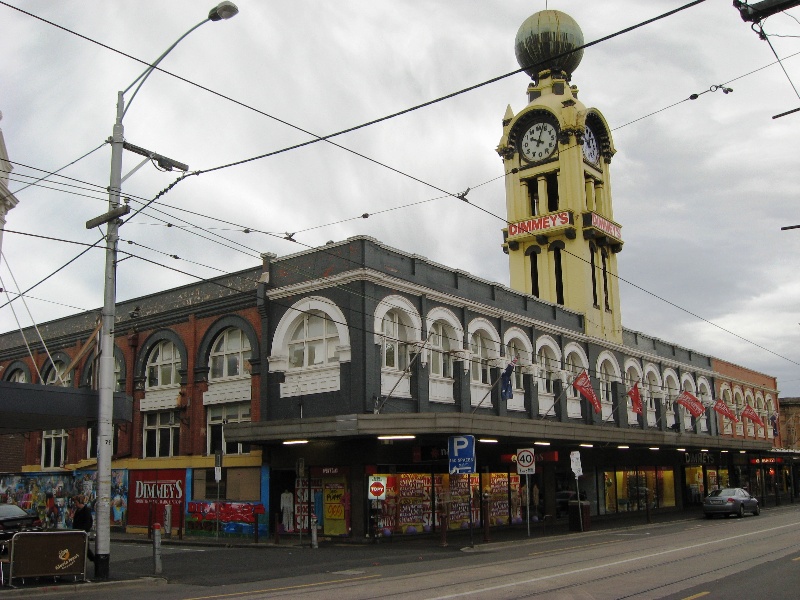 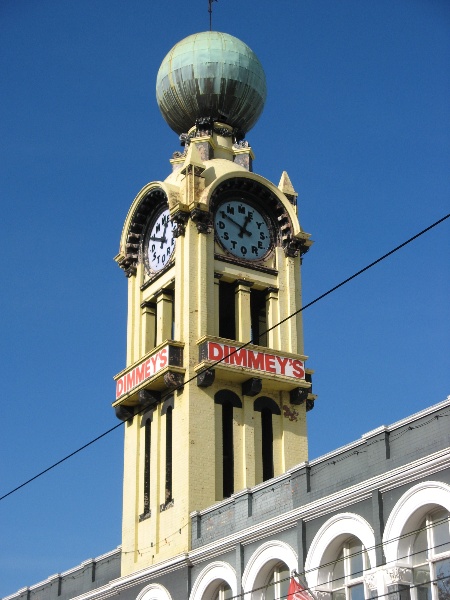 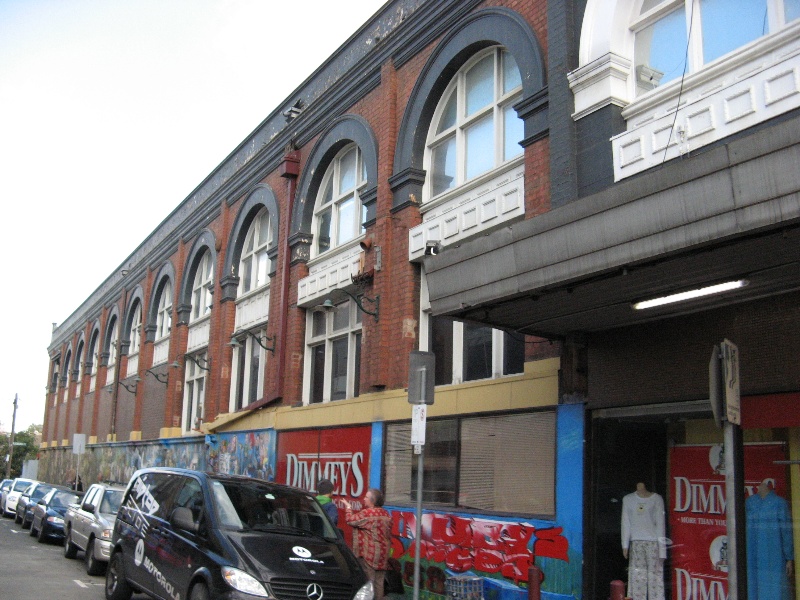 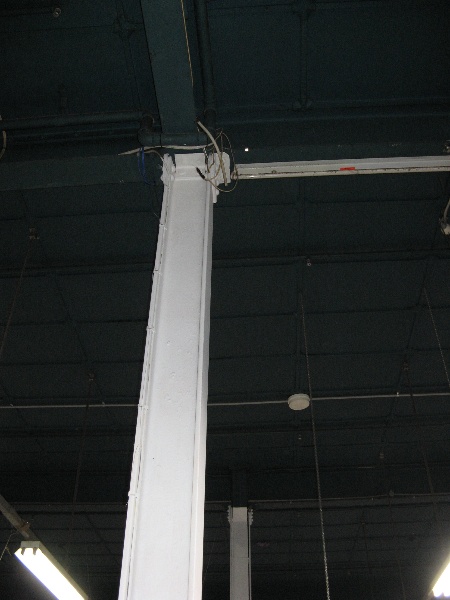 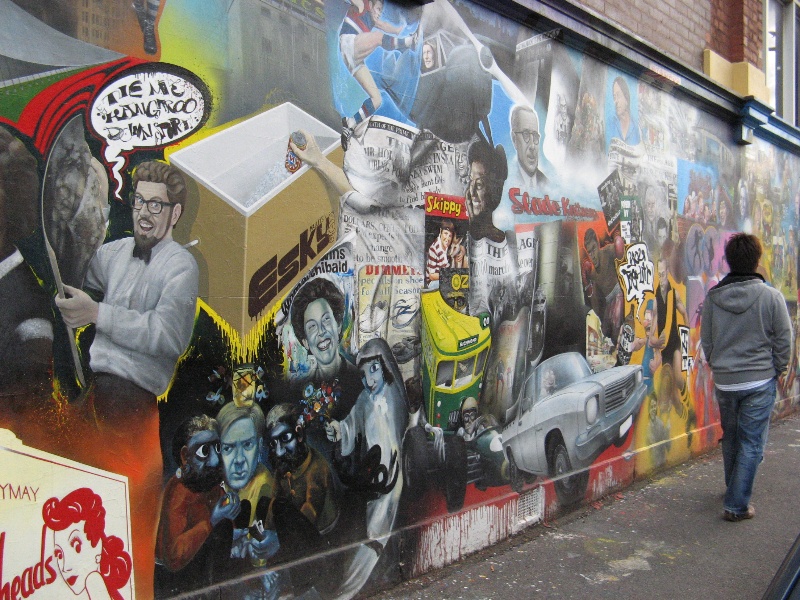 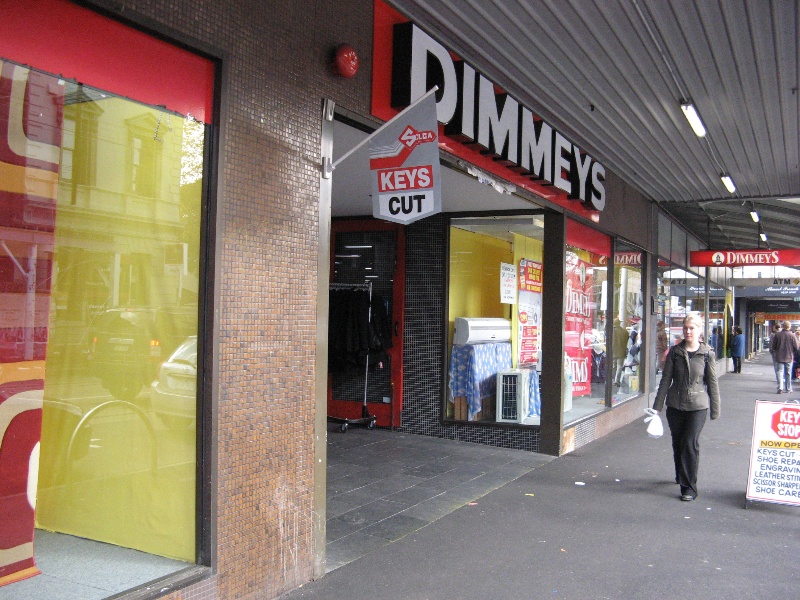 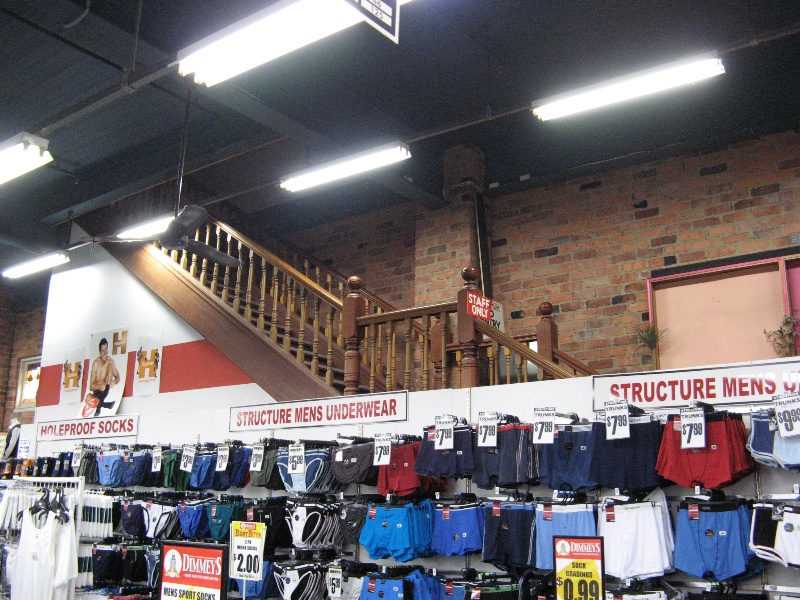 Dimmeys was designed by the prominent architects H W & F B Tompkins and built in stages between 1907 and 1918 and extended in 1986. It originated in a two-storey drapery store on the corner of Swan and Green Streets built in 1878 by Joseph Britten, whose family had run a drapery store in the area since 1853. This was purchased in 1898 by Dimelow & Gaylard, a drapery firm from Maryborough, and in 1904 it was taken over by John Jeffery, who retained the by-then colloquial name Dimmeys. The original store suffered fire damage in 1906, and in 1907 a new steel-framed building designed by the Tompkins brothers was built by Robert McDonald. It retained the narrow 1878 facade on Swan Street but had a new American Romanesque facade along Green Street. In 1910 Jeffery began a rebuilding program, with the extension of the store to the west in the same style as the Green Street facade, and also the construction of the clock tower, and he also changed the name to Dimmeys Model Stores, to reflect its high-fashion status. The globe on top of the tower was then clad with ruby glass (replaced in 1939 with copper) with 'Dimmeys' written on it. This was lit from inside and was visible for miles. The store was extended further along Swan Street in c1915 and c1918, when Jeffery also replaced the front facade of Britten's 1878 store. This resulted in uniform facades extending 39 metres along Swan Street and 67 metres along Green Street. The store sold a wide variety of merchandise on the ground floor, and on the first floor were workshops and the mail order service for regional customers. During the depression the store began to focus on quality goods at reduced prices, and in the post-war period it ceased manufacturing and became one of the most prominent bargain stores in Melbourne. The cast iron verandahs on Swan Street were removed in 1959. In the 1960s the Roman numerals on the clock faces were replaced with the letters DIMMEYSSTORE, and the cladding around the interior iron columns, the timber service counters and the original pneumatic cash system were removed. The original walk around display windows were removed in 1970. In 1986 Dimmeys acquired another store to the west, and extended the store to Byron Street in a similar style to the original. The company collapsed in 1996 and was sold, but there are still about twenty Dimmeys stores throughout Victoria. In 2004 the local artist Hayden Dewar was commissioned to paint a series of murals representing the history of the store and of Victoria since 1853 along the Green Street facade.

Dimmeys is a two storey brick American Romanesque style building, with arched Romanesque windows on the first floor of the long facades along Swan and Green Streets. The main feature is the four level clock tower, which is a local landmark. On each side of the top of the tower are four clock faces with the Roman numerals now replaced by the letters DIMMEYS STORE, and the name DIMMEYS is also painted on the four balconies below. At the top of the tower is a dome, supported on decorative arches above the clock faces, and this is surmounted by a large copper globe. There is now a cantilevered verandah on Swan Street, but a cast iron verandah has been added to the 1986 brick addition on the west end of the store. Large modern plate glass windows have replaced the original display cases on the ground floor. Much of the Swan Street facade and the tower have been painted.

Dimmeys is of architectural and historical significance to the state of Victoria.

Dimmeys is of architectural significance as a fine, intact and early example of the American Romanesque style in Victoria and of the work of the prominent architects H W & F B Tompkins. Its significance is increased by the tower which is a prominent and well-known Melbourne landmark. In 1997 Dimmeys was ranked first in the Age newspaper's Melbourne Icons series.

Dimmeys is of historical significance as an example of the many large department stores which were built in the suburbs of Melbourne during the pre-WWI retail boom following the 1890s depression. Its changing status from a once-fashionable department store to a prominent bargain store reflects the changing fortunes of Melbourne's inner suburbs during the twentieth century.