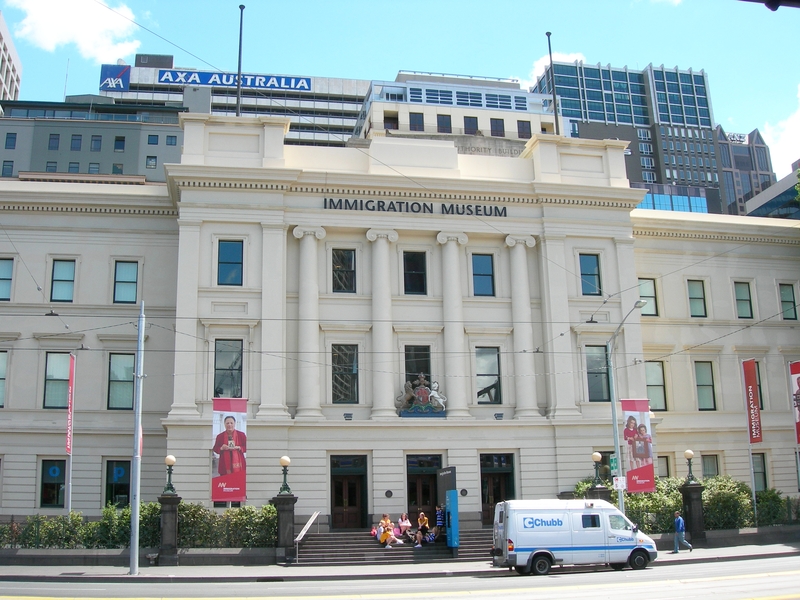 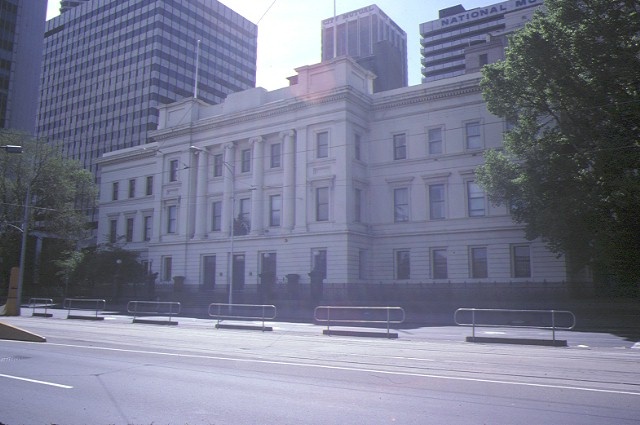 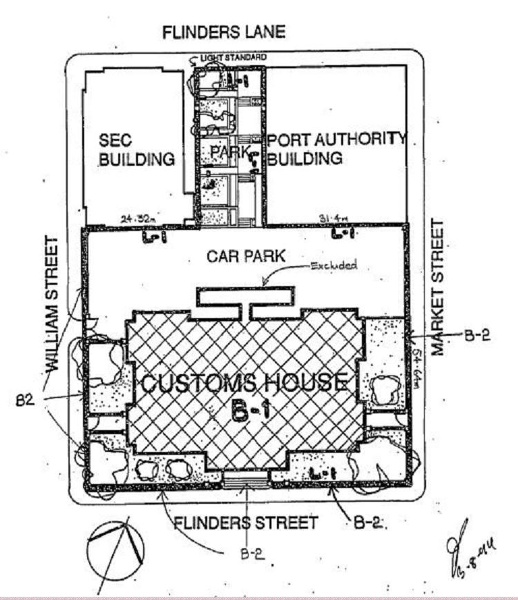 The Former Customs House was constructed in two separate stages between 1856-58 and 1873-76. The initial design was prepared by Knight and Kerr, and the final design, which incorporated the earlier building, was prepared by Johnson, Clark and Kerr from the Public Works Department. The three storey rendered brick building rests on bluestone foundations. The ground floor facade is rusticated and the two upper floors are surmounted by a simple projecting cornice running around the whole building. A flight of stairs leads up to the entrance doors, above which four ionic columns run through the two upper floors in support of the fascia and cornice. The site is delineated by a fine wrought iron fence with bluestone posts and base. The Customs House was converted to Commonwealth Parliamentary Offices in 1965 and became an immigration museum in 1998.

The Former Customs House is of historical and architectural significance to the State of Victoria.

The Former Customs House is of historical significance as a symbol of Melbourne's 19th century economic and trade development and as a tangible reminder of the former location of the city's port facilities. After the gold rushes, Victoria became a strong advocate of protection, reflecting a desire to foster the industries that had been created by the demands of a growing and increasingly wealthy society. Protection was enforced by way of customs duties on imports, making the customs house a vital component of colonial economic management and development. The grand and imposing character of the Former Customs House reflects this important role. Although NSW favoured free trade, after Federation in 1901 the country as a whole moved towards a policy of protection and the Melbourne Customs House became the headquarters of the federal Department of Customs. The location of the Former Customs House reflects the early development of Melbourne's port facilities. In the 19th century shipping docked much further up the river, as evidenced by the remnant store facilities at Banana Alley just to the east of the Customs House. The Customs House overlooked the now reconstructed turning basin in which ships were turned to make their way out of the river. The building, together with the Banana Alley vaults, the Waterside Hotel and other hotels, is a remnant trace of what was once a bustling maritime precinct.

The Former Customs House is of architectural significance as one of the finest examples of a customs house in Victoria. It is an extraordinary example of the Italian Renaissance style, (with remnants of Greek Revival influence) a style greatly favoured for official buildings in Melbourne during the 1860s and 1870s. The building displays an exceptional level of craftsmanship in the execution of stone and plaster detailing. The richly embellished Long Room mirrors the Ionic columns and entablature of the Southern facade. The wrought iron fencing, which surrounds the building on three boundaries, is an important element in the definition of the Customs House reserve, which was set aside for the purpose as early as 1835.

The Former Customs House is of architectural significance as an example of the work of three of the Victorian Public Works Department's most talented and accomplished architects, Peter Kerr, Arthur E. Johnson and John J. Clark. The Customs House provides evidence of the important role played by the Public Works Department in the provision of public infrastructure throughout the rapidly developing colony.