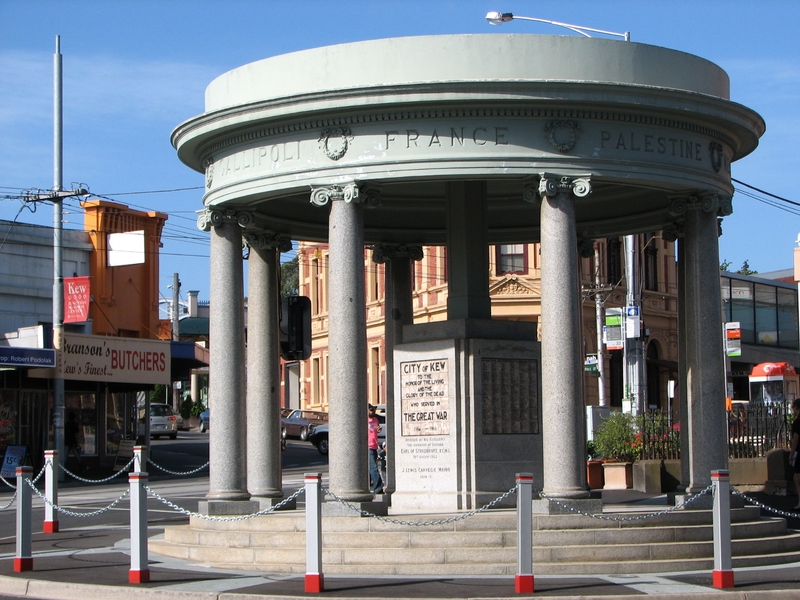 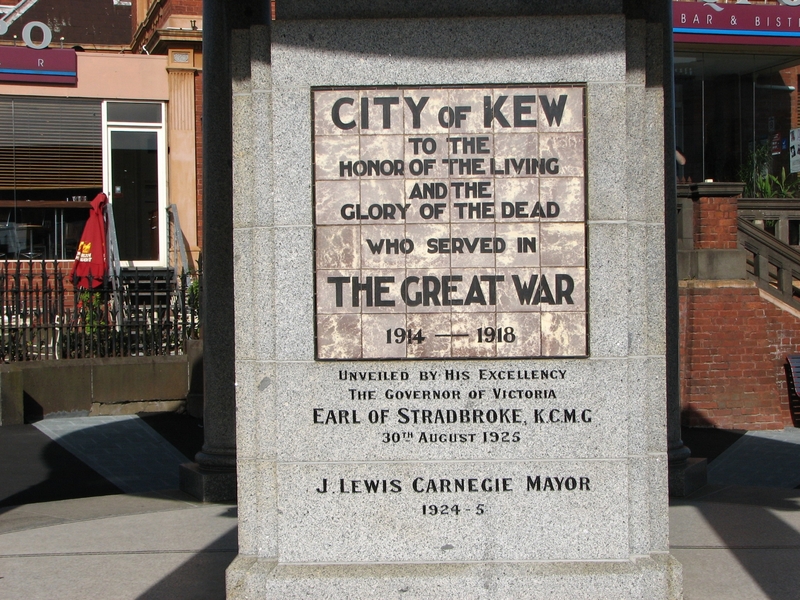 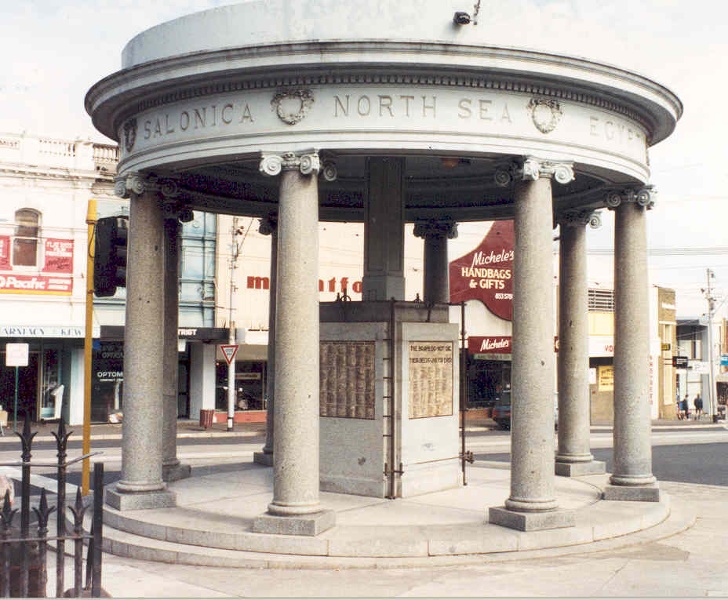 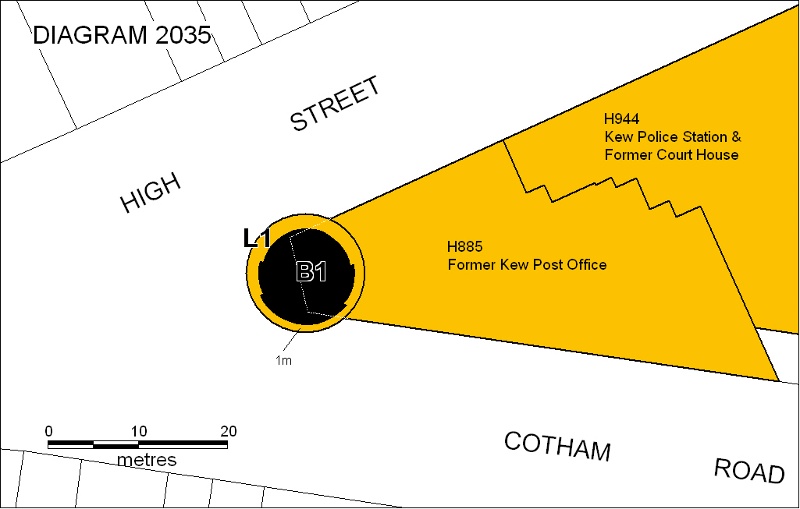 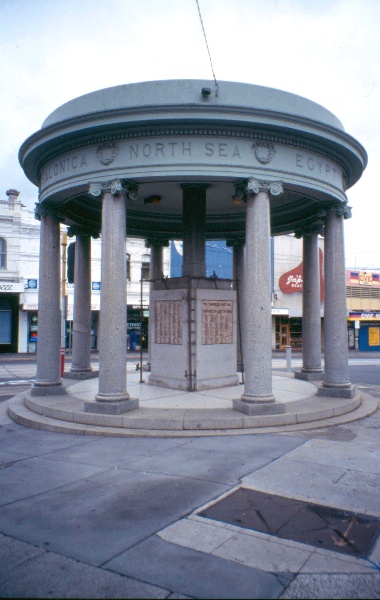 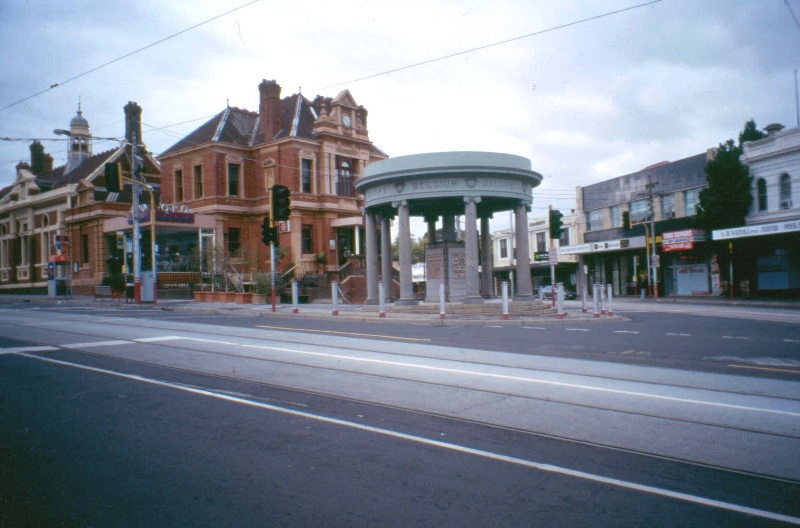 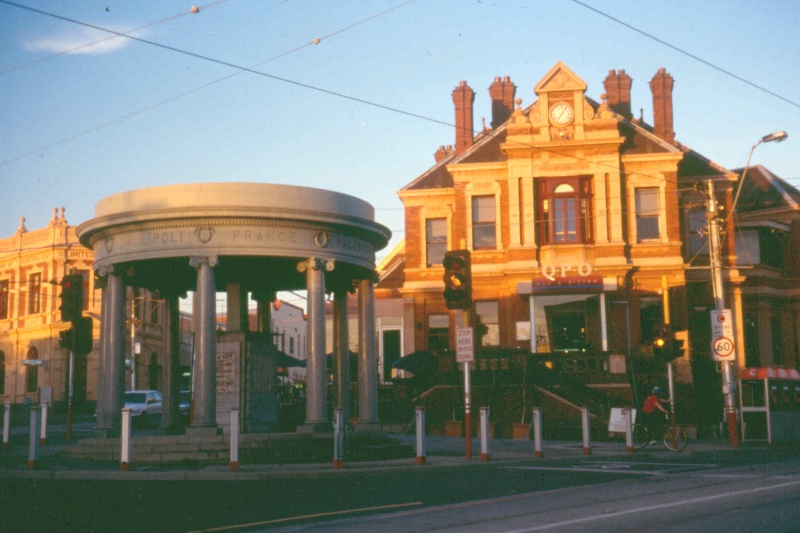 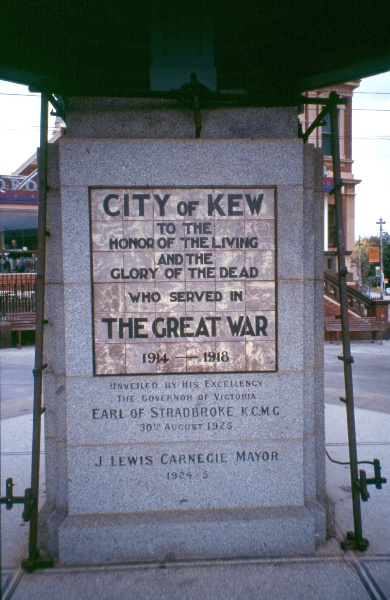 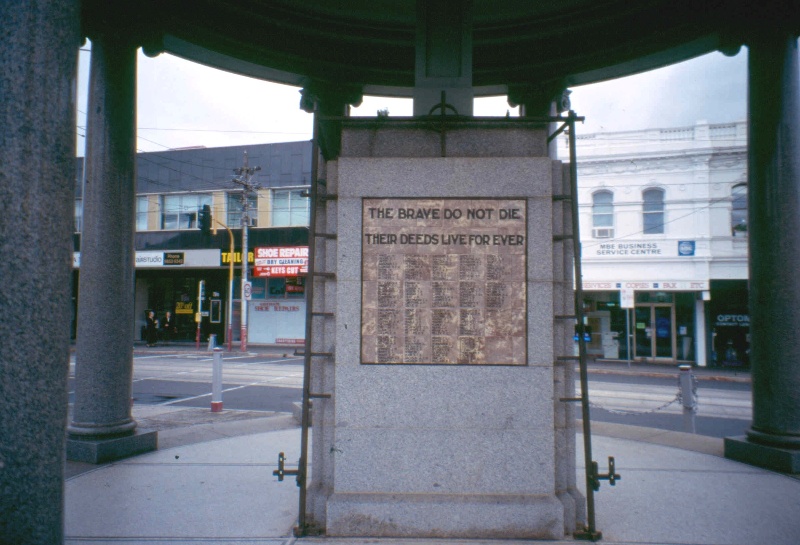 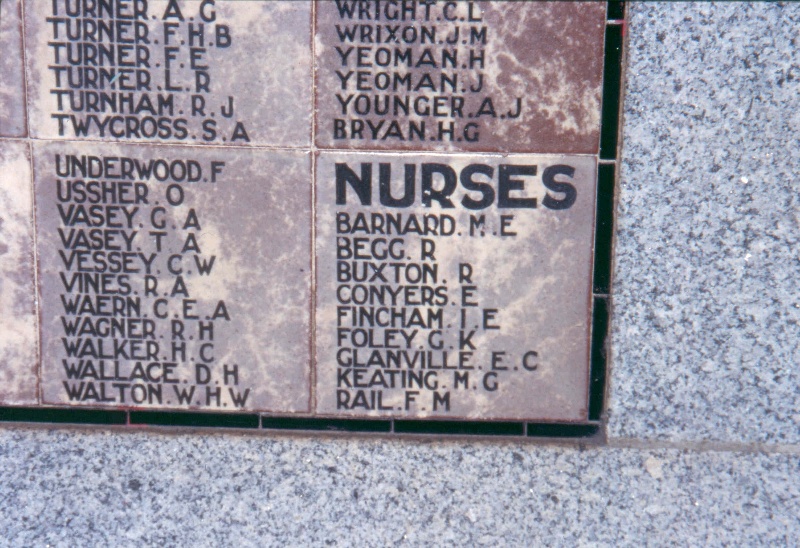 What is significant?
Kew War Memorial is a memorial to local residents who served in World War I, sited on a triangular site in front of the Kew Post Office at the junction of High Street and Cotham Road. Almost every Australian township erected a memorial after World War I to commemorate soldiers from the district. In June 1919, the Kew Municipal Council appointed a sub-committee to consider a suitable war memorial. Steps were taken to secure land in front of the Post Office for erection of the War Memorial. The Mayor (Cr Harry W. Tompkins, an architect) submitted a design for the proposed Memorial, and it was decided that an estimate of the cost be obtained. In August 1920, the land in front of the Post Office was transferred to the Council. It was decided to hold a competition for the design of the War Memorial. The estimated cost was not to be more than £3500. Prizes offered were £50, £15 and £10, with the proviso that the Council was not bound to accept any design. The results were announced in July 1921: the first prize was won by F. Bruce Kemp, and the second by Stephenson and Meldrum. Although Mr Kemp was commissioned by the Council to prepare working drawings, specifications and detail drawings suitable for calling tenders for construction, the Council later decided to reject the Kemp design and to construct the Memorial according to the original design of the former Mayor, H.W. Tompkins. Mr Tompkins had since resigned form the Council and offered to supervise the construction without fee. The Council funded the construction by the sale of some unused land.

Kew War Memorial is a particularly fine example of a classical style war memorial designed by notable Melbourne architect Harry Tompkins. Built in granite and marble as a circular temple supported on ionic columns, its design takes advantage of the site, allowing a clear view of all faces of the memorial. The frieze commemorates the theatres of war in which Kew residents served. In the centre of the temple is a square granite block with a central column. The western face of the block has the details of the purpose of the memorial and the occasion of its opening. The names of those servicemen and women who served in the Great War and of those who died have been inscribed on the other three faces.

How is it significant?
Kew War Memorial is architecturally, historically and socially significant to the State of Victoria

Why is it significant?
Kew War Memorial is architecturally significant as an example of a war memorial designed in a circular temple form by notable architect Harry Tompkins, and for its contribution, together with the court house, police station and post office (constructed 1886-88), to one of the finest civic precincts in the State.

Kew War Memorial is historically significant as an extraordinary example of a municipally funded local response to the loss of those who served in war.

Kew War Memorial is historically significant as it is associated with the contribution of Victorian service personnel to World War I and the profound impact of that conflict on Australian society.

Kew War Memorial is socially significant as a landmark place in the city of Melbourne, sited at the junction of two major highways to the east of the city, High Street and Cotham Road, and forming an important civic precinct with the court house, post office and police station. It is socially significant as a gathering place for the local Anzac Day services and as a place of private reflection and mourning, as "a community's statement of bereavenment, pride and thanksgiving".