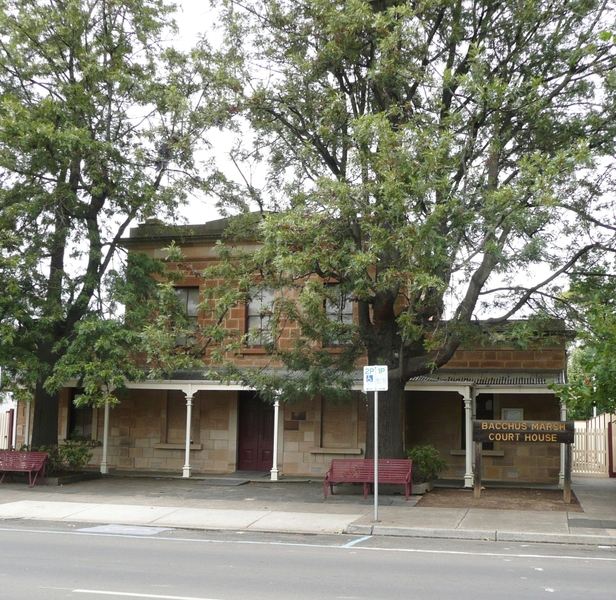 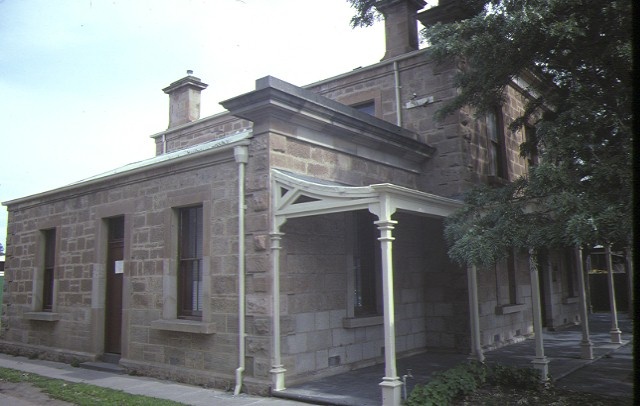 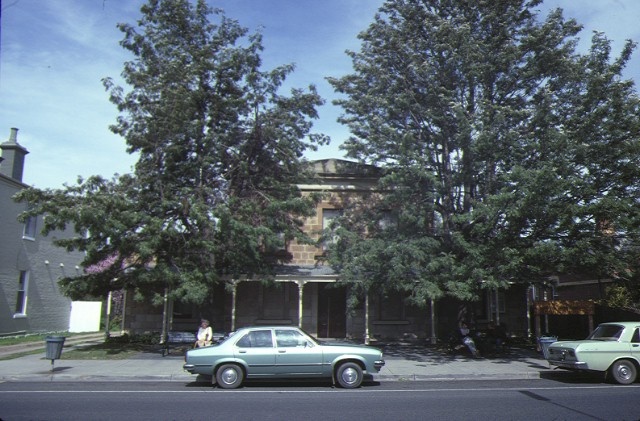 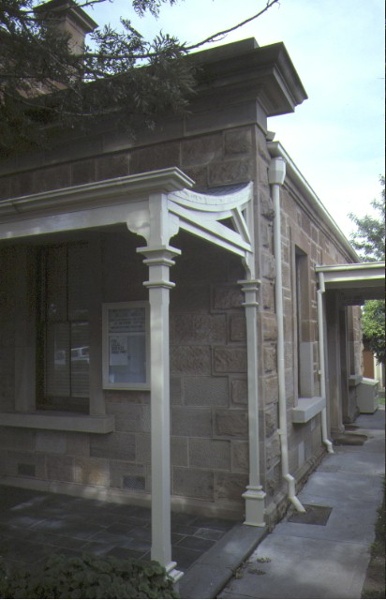 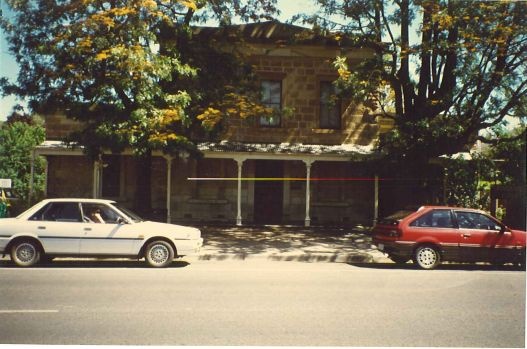 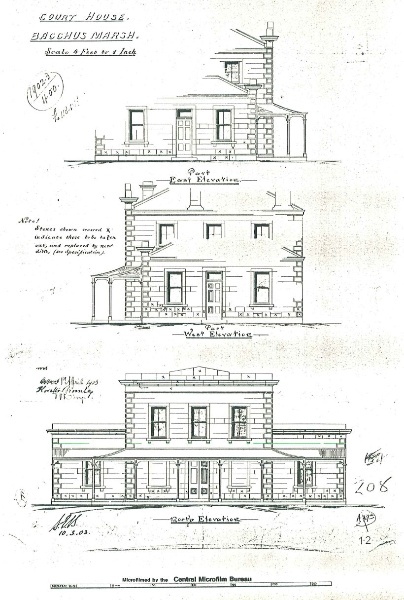 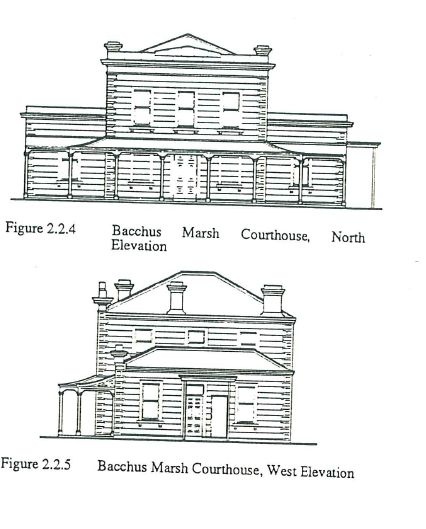 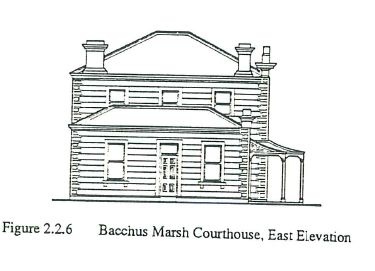 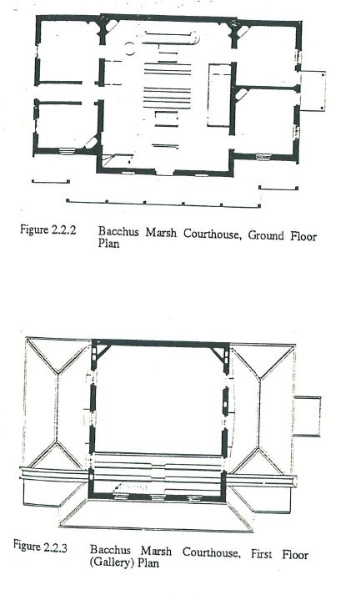 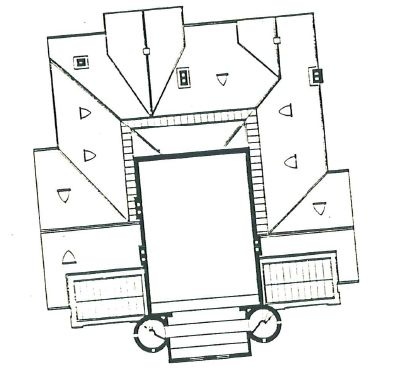 What is significant?
The Bacchus Marsh Court House was built in 1858-59. It was designed by Samuel White of the Public Works Department. White was employed as a draftsman with the Public Works Department from 1857 until 1863. The contractor was William Jackson. It replaced an earlier court house erected at nearby Maddingly in 1856-57, which survives as part of the local tennis club. Maddingly had been surveyed earlier as a township, but by the late 1850s Bacchus Marsh was showing stronger signs of growth. It developed from being merely a stop-over point on the way to the Ballarat goldfields in the 1850s to a thriving agricultural township in the late 1850s and 1860s.

The Bacchus Marsh Court House is an imposing two-storey building, with a single-storey side wing and hipped roof, constructed of local freestone (i.e. sandstone). It is designed in the Free Classical style. Notable elements include the fine timberwork to the concave verandah and slender verandah posts, stone quoining, slate roof, and original internal cedar fittings.

The building accommodated the Court of General Sessions and the County Court from 1860. The Victorian County Court, established in 1852, provided the second tier of jurisdiction in the colony. In 1862 the County Court was operating in 38 Victorian towns. Unlike regular courts of petty sessions, the building's function as a County Court required the provision of a separate witness room.

The Bacchus Marsh Court House was also used for other public administrative needs in addition to court purposes. It accommodated a local Land Office, where sales of Crown land were conducted from 1859. The Bacchus Marsh Road Board met here from 1863-71, and the Bacchus Marsh Shire Council from 1871-85. The barrister?s room was altered in 1957 when it was used by the Lands Department.

How is it significant?
The Bacchus March Court House is of historical and architectural significance to the State of Victoria.

Why is it significant?
The Bacchus March Court House is of architectural and historically significance as an example of an early and substantial local court house built in Victoria. It is the most intact example of a group of early courts in the Victorian Free Classical Style.

The Bacchus Marsh Court House is also of historical significance for its function in various forms of local administration, for example in administering the land selection acts, and as a meeting place of the local road board and shire council.

The Bacchus March Court House is also of architectural and historical significance as one element in an important historic streetscape. Other sites that make up this precinct include the nearby Police Lock-up (1857) [H1546] and Police Stables, which together with the court house form an important law enforcement precinct, and also the National Bank (1865).
[Online Data Upgrade Project 2004]