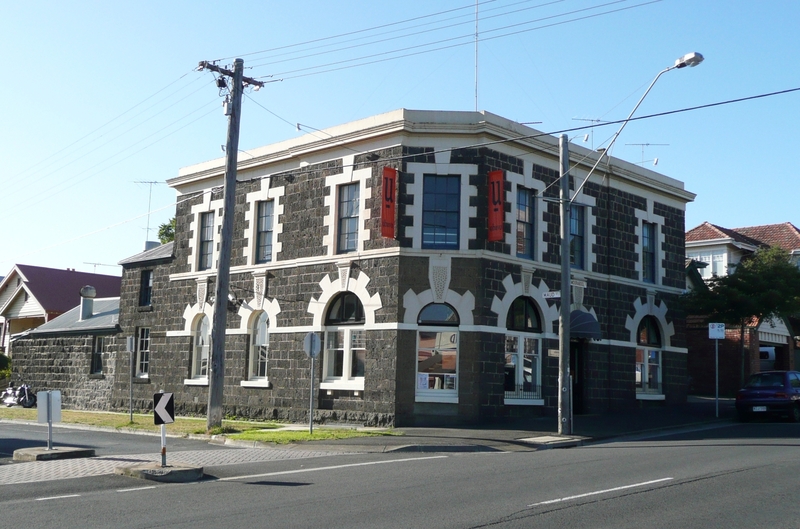 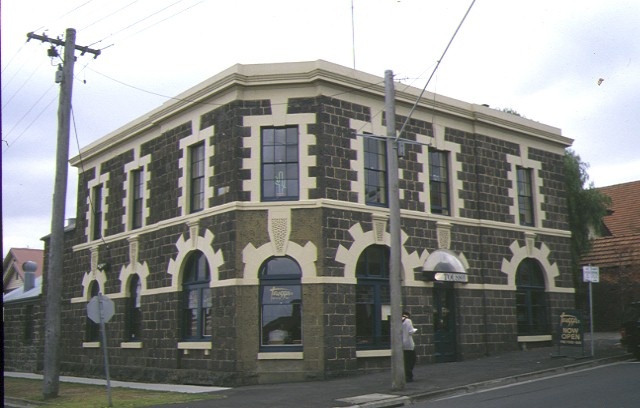 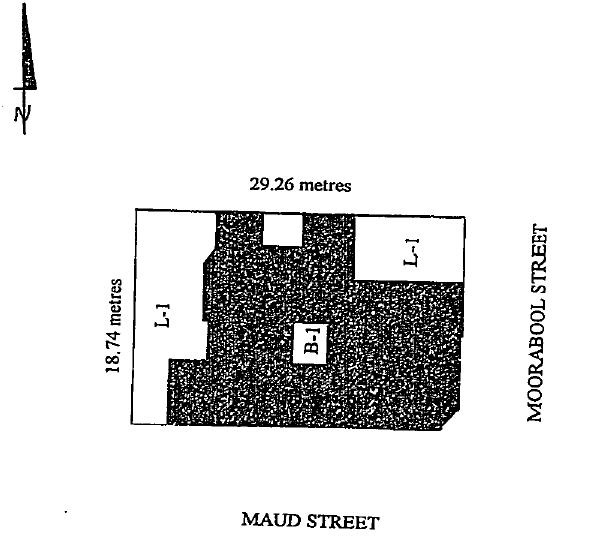 The Former George and Dragon Hotel was built in 1855 to the design of Geelong architect Thomas Yabsley. The two storey hotel, constructed of regular coursed squared basalt with finely worked dressings, was built on a prominent corner site for the licensee Mr McHardy. The building was occupied by the Geelong Grammar School for use as a preparatory school from 1878 until 1893 and again from 1899 until 1911.

The Former George and Dragon Hotel is of architectural and historical significance to the state of Victoria.

The Former George and Dragon Hotel is of architectural significance as a notable work of the little-known architect Thomas Yabsley. Its very mannered use of exaggerated voussoirs and enormous vermiculated keystones, which combined with the subtle recession of the corner entrance, results in a much more sophisticated design than appears at first glance. Mannerism in architecture is extremely rare in Victoria at this period.

[Source: Report to the Minister/]