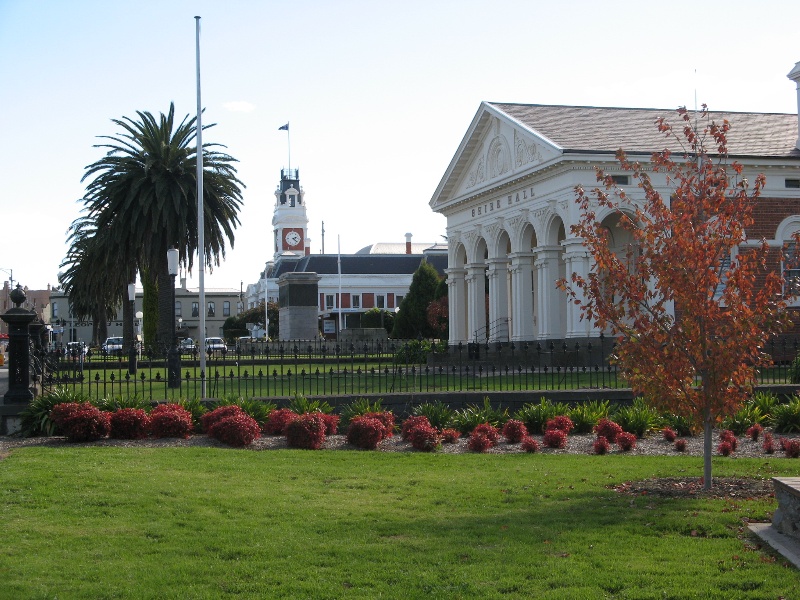 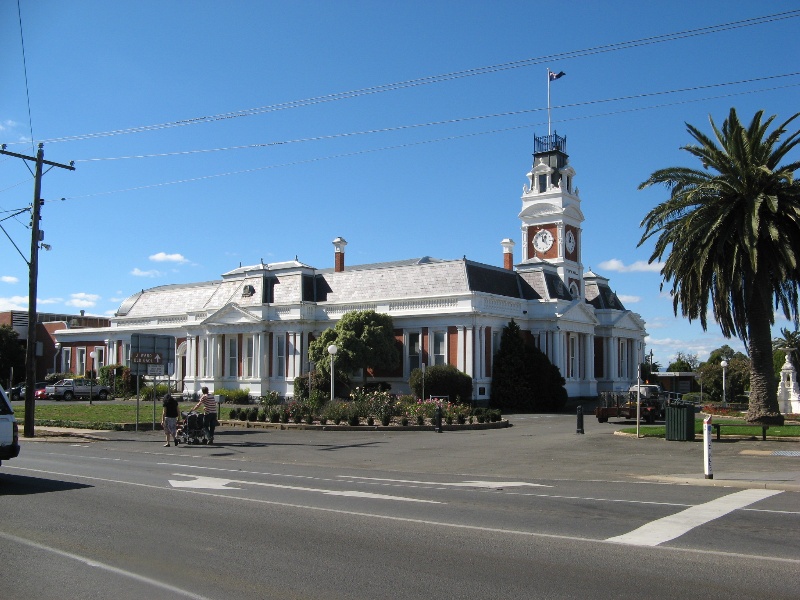 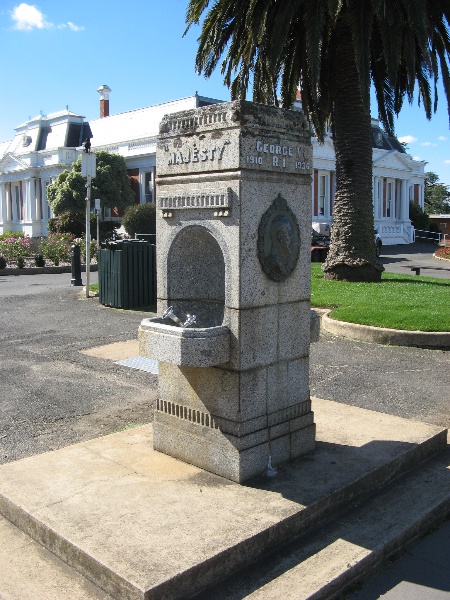 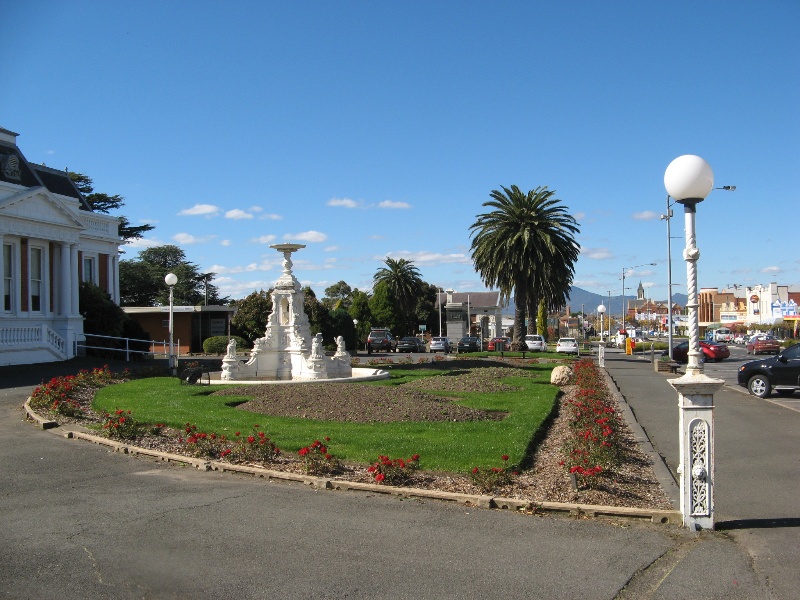 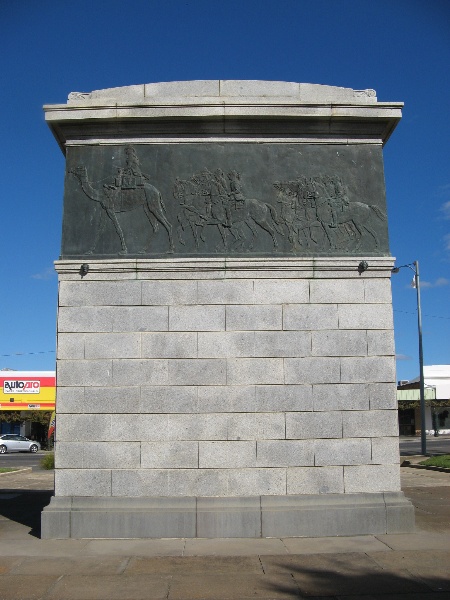 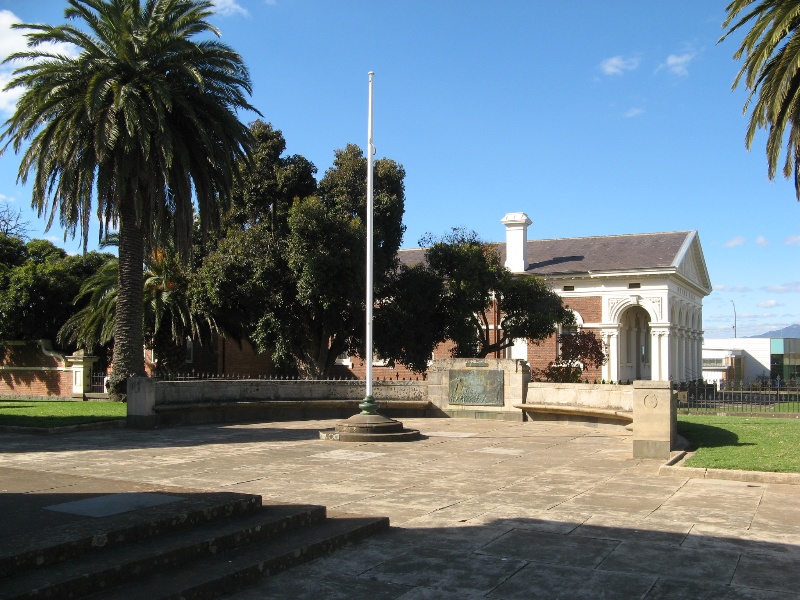 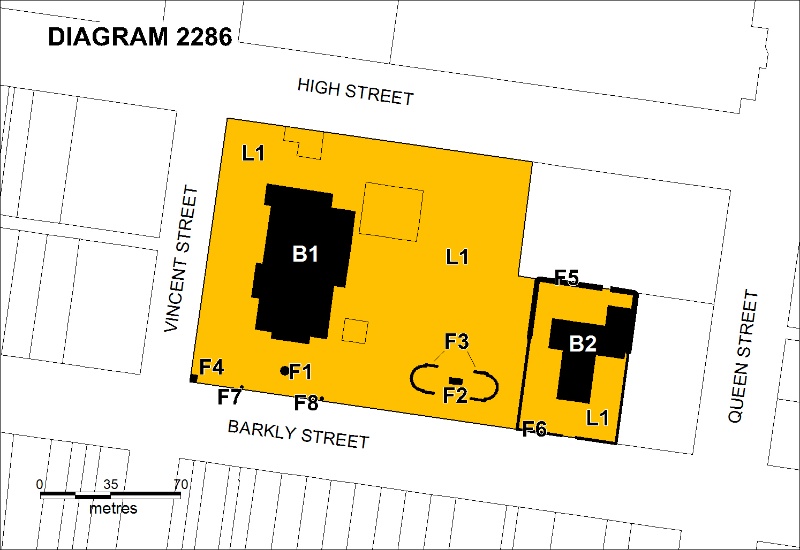 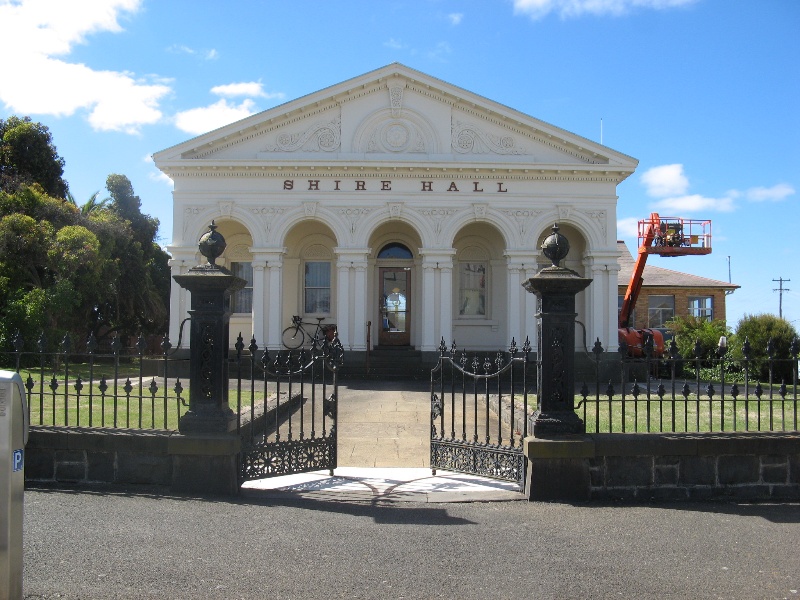 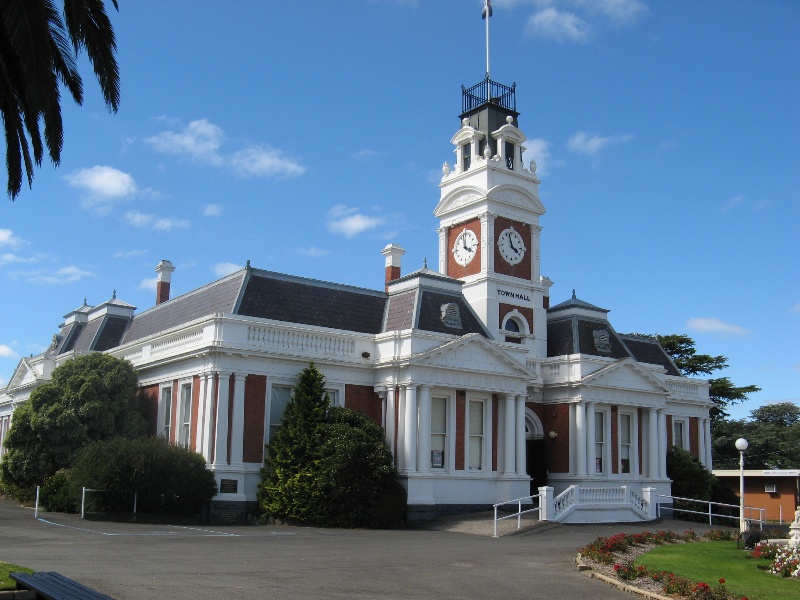 The Ararat Civic Precinct comprises the former Shire Hall (1871) and Town Hall (1899) together with War Memorials commemorating the Boer War, World War I and World War II in a landscaped setting in the main street of Ararat.

Ararat was surveyed in 1857 following the discovery of gold in the area. A market square was reserved in the centre of town, and a market hall was built there in 1862 which became a temporary town hall in 1866. Part of the market square was later acquired for the Shire Hall, which was designed by the Shire Engineer Alexander White and built for use as municipal offices in 1870-71 by William Parker. A new town hall designed by the Ballarat architects Molloy & Smith was built by James Irwin in 1898-99 on the site of the old market hall. In 1905 a Memorial Fountain was installed in front of the town hall commemorating Ararat's volunteers in the Boer War. In 1906 a palisade fence (now removed) and elaborate cast iron lamp stands were added. A War Memorial modelled on the Cenotaph in Whitehall, London, designed by the architect A S Hall was unveiled in 1930. A row of palm trees was planted along Barkly Street c1931. In 1938-39 alterations and additions designed by the Melbourne architects Yuncken Freeman Freeman & Griffiths were made to the Town Hall. From 1957 the hall was leased for the showing of movies, and the funds from this enabled refurbishment in 1958. Council moved into new City Offices in 1967, and the Town Hall was converted in 1977-9 for use as an Art Gallery and Performing Arts Centre.

The Ararat Civic Precinct is a prominent feature in the Ararat streetscape. The Shire hall is a single-storey symmetrical rendered Renaissance Revival style building, with an impressive arcade along the front elevation. There are later brick extensions at the rear. The Town hall is an impressive two-storey brick building with cement dressings in an eclectic classical style with Second Empire and Federation influences. There are red brick extensions to the north and east. The interior has been substantially altered though some original features remain.

This site is part of the traditional land of the Martang people.

The Ararat Civic Precinct is of architectural, historical and aesthetic significance to the state of Victoria.

The Ararat Civic Precinct is historically significant as an expression of the wealth and community spirit of one of the more important municipalities to emerge from Victoria's gold rush era. The collection of war memorials was a response to local men killed in the Boer War and World Wars I and II and is a reflection of the impact of war on Victorian society.

The former Shire Hall and the former Town Hall are both architecturally significant as outstanding examples of Classical style civic buildings, a style considered to be appropriate for such buildings at the time. The different use of classical elements in each case reflects the two periods of construction. The former Shire Hall is a notable example of a municipal building in a Roman Revival mode. The former Town Hall, despite the lack of integrity of the interiors, is one of the most impressive late nineteenth century provincial town halls built in Victoria.

The Ararat Civic Precinct is of aesthetic significance as for its collection of buildings and memorials in a landscaped setting. It is enhanced by its fine collection of memorials, the row of mature palm trees and the cast iron lamp stands along Barkly Street, and forms a prominent feature in the Ararat streetscape.