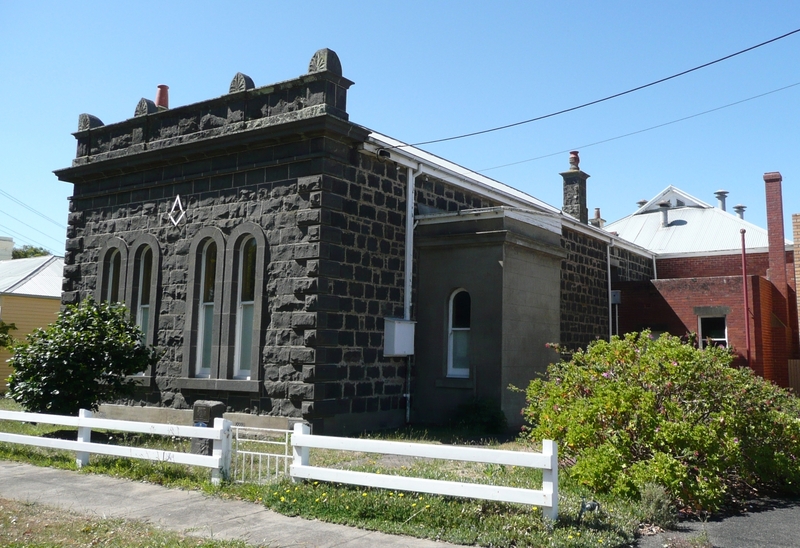 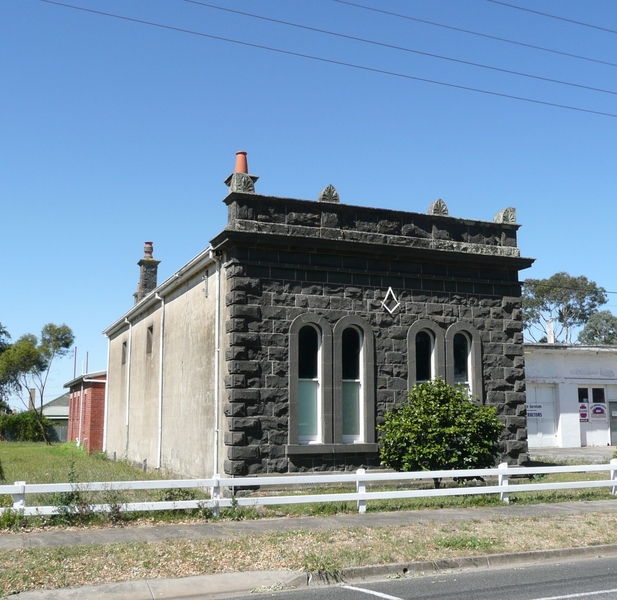 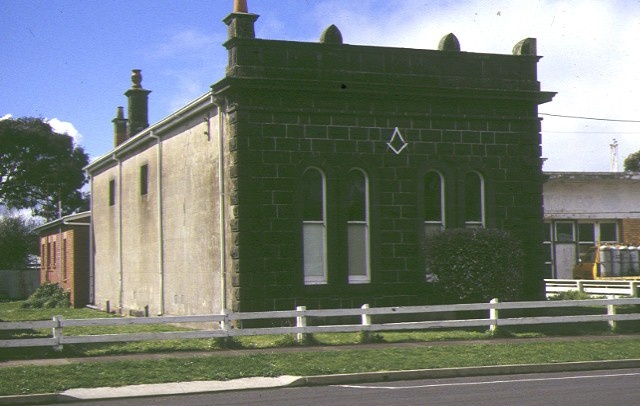 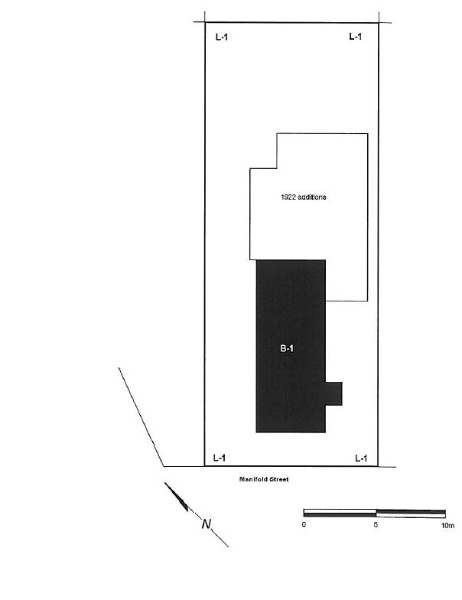 What is significant?
The Masonic Hall, 248 Manifold Street Camperdown, was constructed of rubble bluestone in 1867-68 in eclectic Renaissance Revival style, to the design of lodge member John Young. The Leura Masonic Lodge No. 50 had been formed in 1865 by a number of leading Camperdown citizens and pastoralists. The hall which originally incorporated the temple, is one of the oldest surviving, continuously occupied, purpose-built Masonic structures in Victoria. It is only surpassed by the 1859 purpose-built Beechworth Temple which is still used by the local lodge. The hall is also one of the earliest non-residential buildings in Camperdown. Its important role in the community was emphasised in the years 1869-1885, when a section of the building was used as the Shire of Hampden municipal offices. The hall has also been used regularly for community meetings and social functions. It is substantially intact despite repairs and additions, including the construction of a new temple at the rear in 1922. The finely executed basalt facade is an early exemplar of the stonemason's craft in Camperdown and is particularly relevant to its Masonic history.

How is it significant?
The Masonic Hall, 248 Manifold Street Camperdown, is historically, socially and architecturally important to the State of Victoria.

Why is it significant?
The Masonic Hall, 248 Manifold Street Camperdown, is historically and socially important as one of the earliest purpose-built and continuously occupied Masonic lodge buildings in Victoria. The survival of the lodge for over 130 years emphasises its important role in Camperdown society, while the building itself remains a valued venue for the Camperdown community. The adherence to traditional practices and rituals, which is synonymous with orders such as the Masons, is reflected in the comparative intactness and unchanging use and layout of the building.

The Masonic Hall, 248 Manifold Street Camperdown, is architecturally important as a rare and essentially intact early Masonic structure in Victoria, which incorporates an original temple and ante-rooms expressly designed for lodge purposes. Its strong, distinctive and finely executed Renaissance Revival style facade, with a Masonic symbol set in the parapet, emphasises the lodge's presence in the town. The hall is also one of the oldest surviving non-residential bluestone buildings in Camperdown, and is a notable work of eclectic Geelong-based architect, John Young.