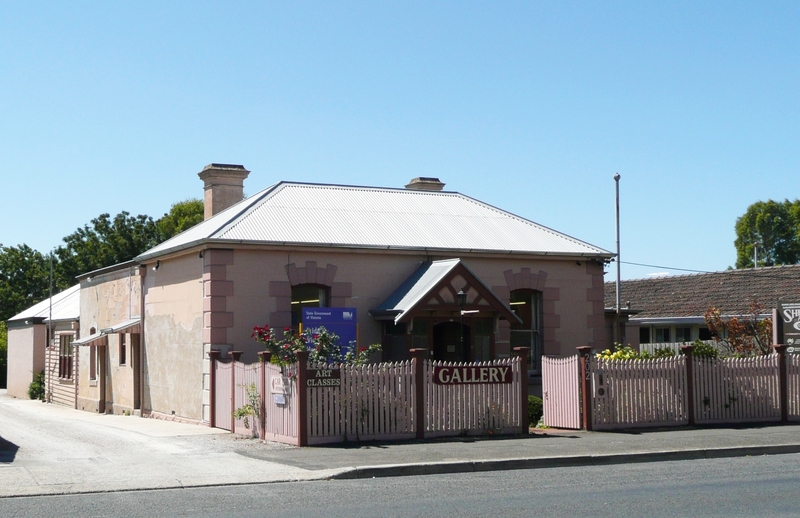 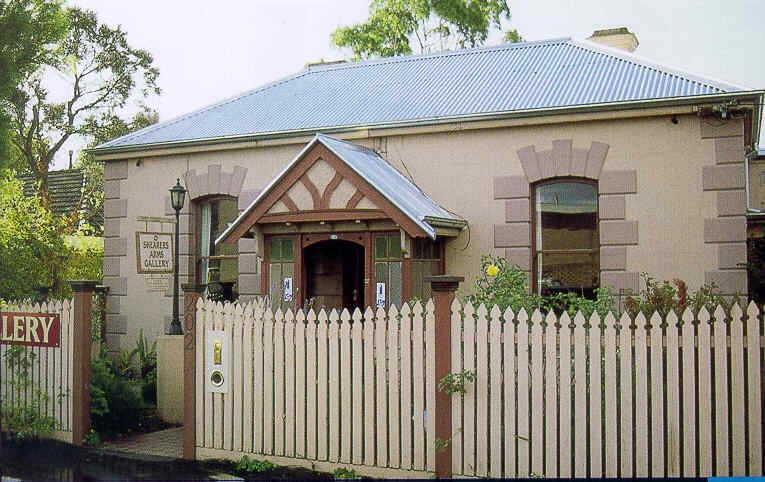 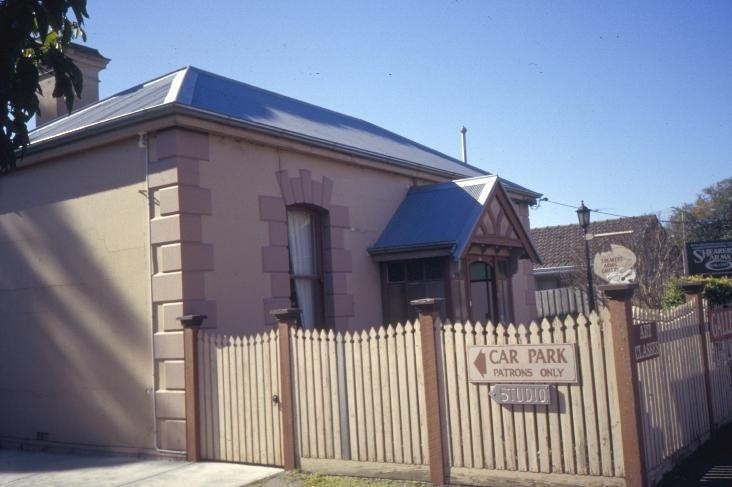 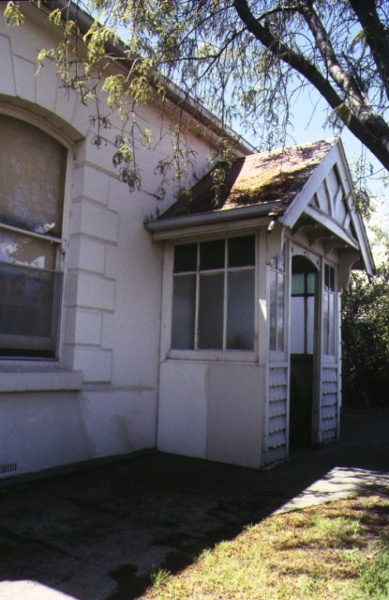 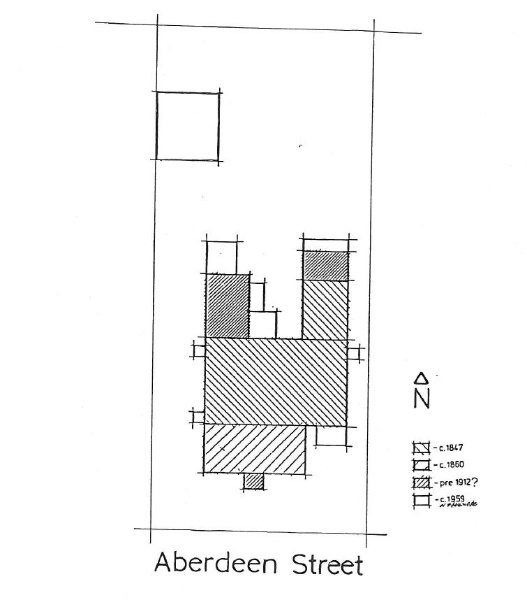 The Former Shearers Arms Hotel stands on Part of Crown Allotment 1 Section 8 in the Parish of Moorpanyal for which Captain Edward Brown Addis RN of Launceston purchased the crown grant in July 1839. Addis moved to Geelong in 1841 where he held the position of commissioner of crown lands. Early in 1847 he sold part of the land to John Day who was soon after granted a publican's general licence. Day opened his hotel in July 1847 but the first mention of any aspect of the building occurred in 1849 when the then licensee Joseph Lewis was required to provide an additional bedroom. The licence changed hands several times in the early years. In 1852 William Harrison was listed as proprietor followed by Herbert Swindells in 1854, James Grant in 1855 and George Leaford in 1856.

The association with Herbert Swindells is of interest. An educated man, Swindells was a teacher at the Free Presbyterian School in 1848. He wrote poetry, some of which was published and in 1852 led an exploration party which discovered the Wardy and Yallock (Spring Dollars) goldfields. George Leaford, a former sea captain, was an active promoter of the inn, organising many social and sporting events but died in 1858 aged 38.

A common thread through this early period is the ownership of the land by Elizabeth Harrison. She purchased the hotel in 1852 shortly after the death of her husband William and c.1856 married George Leaford. Some time prior to 1882 she married Herbert Swindells as it was in this year that the couple sold the land to Thomas Battern.

The building was described in 1850 as a seven roomed brick public house with stables and a garden and there is no reason to believe that substantial portions of the present building do not date from this period or earlier. The simple form of the rear section is consistent with a building of this early date and also relates closely to the plan shown on Taylor's 1854 map.

The Shearer’s Arms is a stucco and brick building with a hipped roof. Of domestic character, it is illustrative of the form of an early rural inn which has become enveloped in the growth of Geelong. The building has been altered and extended several times. Two main rooms and a central passage have been added at the front possibly in the 1850s. The front porch appears to be an early 20th century addition.

Despite its altered form the Shearer’s Arms is of state historical importance as a rare surviving example of a pre-gold rush hotel. It is one of the oldest buildings in Victoria and probably predates the Harp Inn of c.1848 in Geelong West.