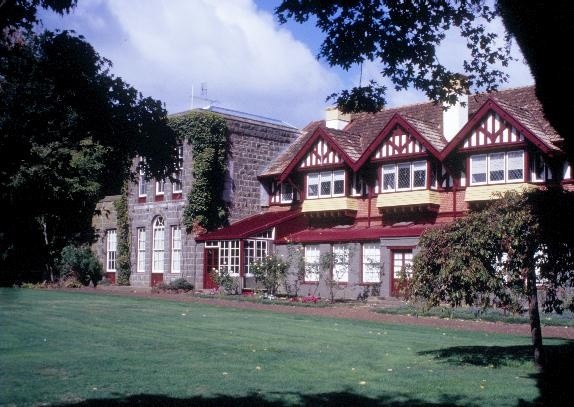 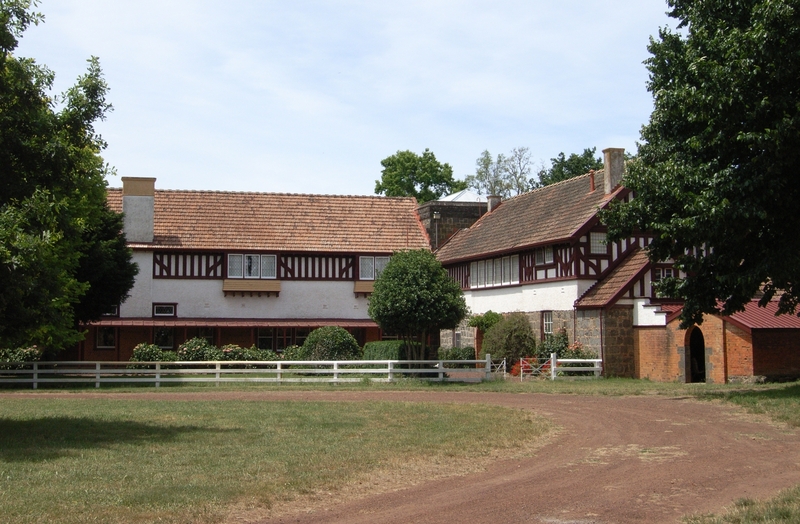 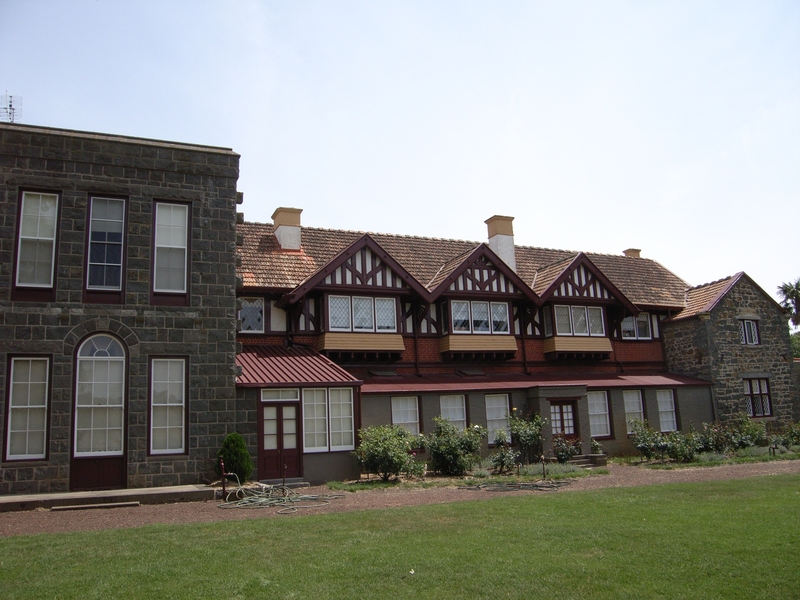 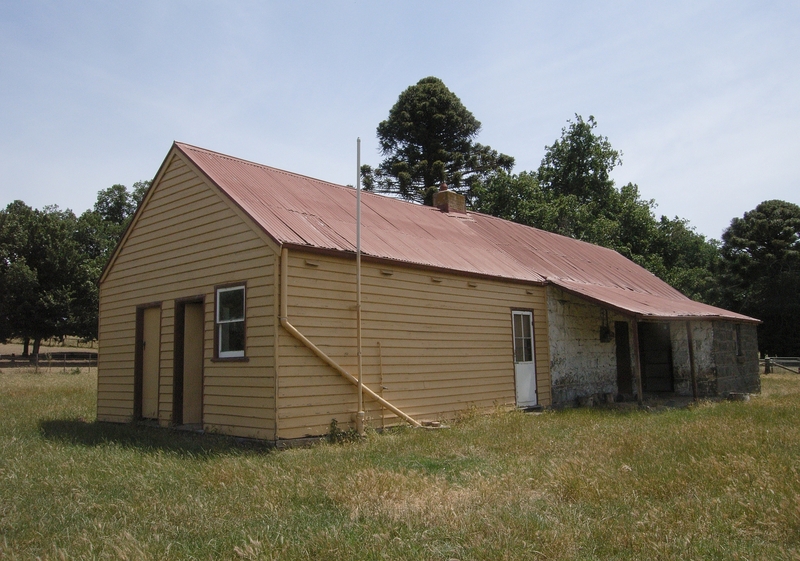 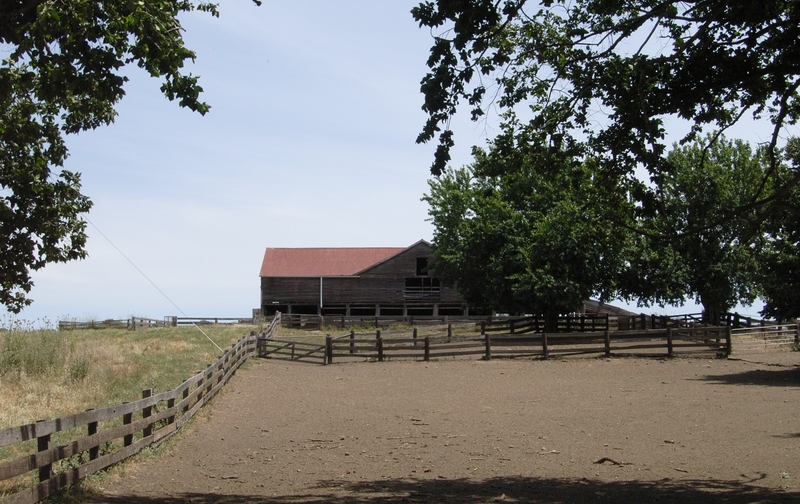 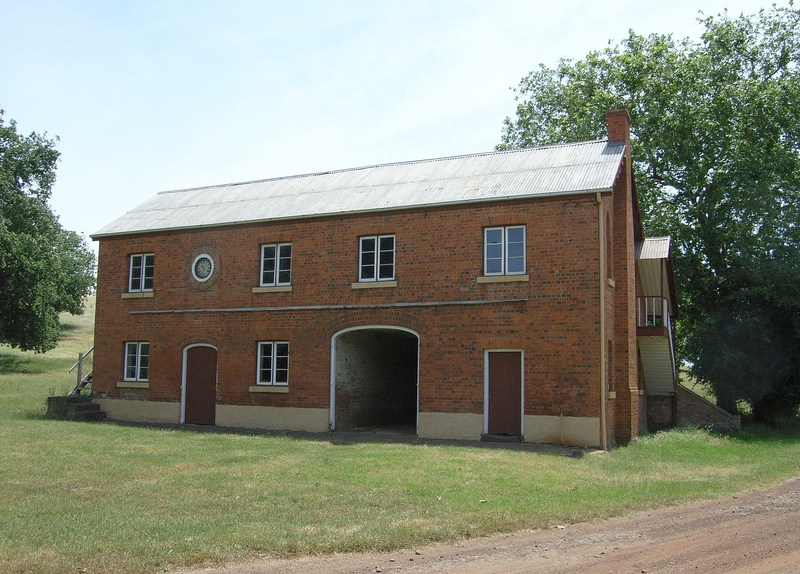 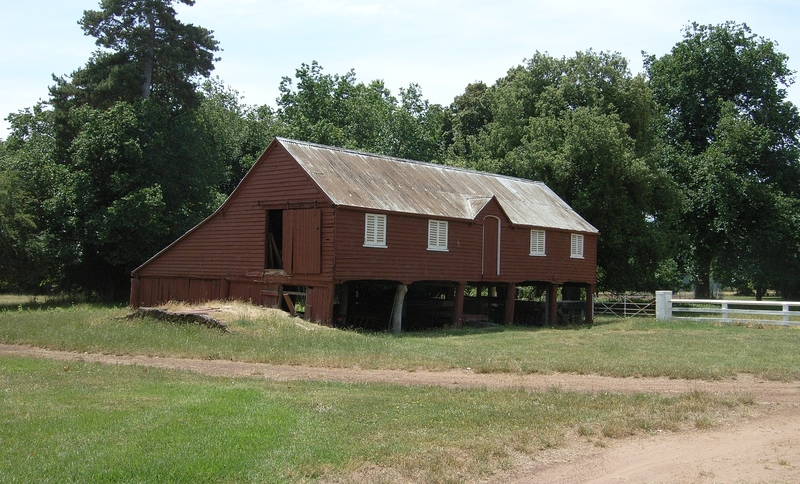 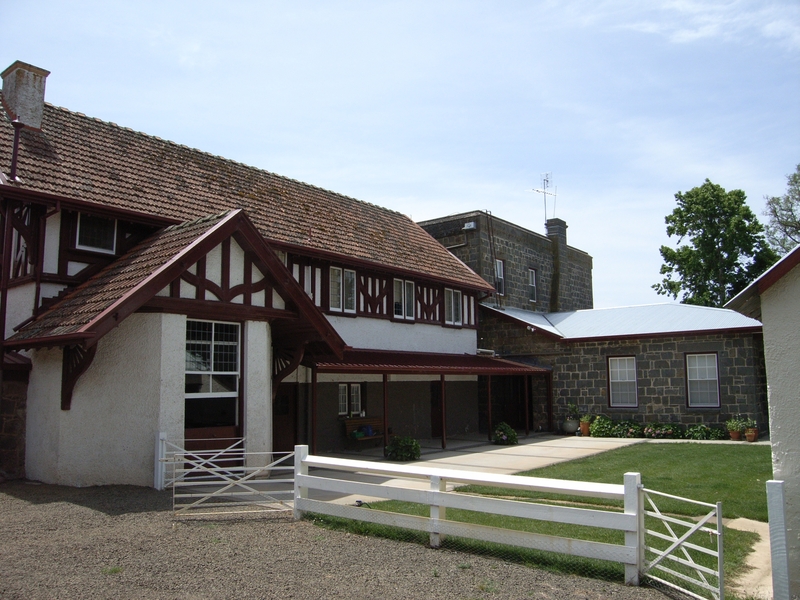 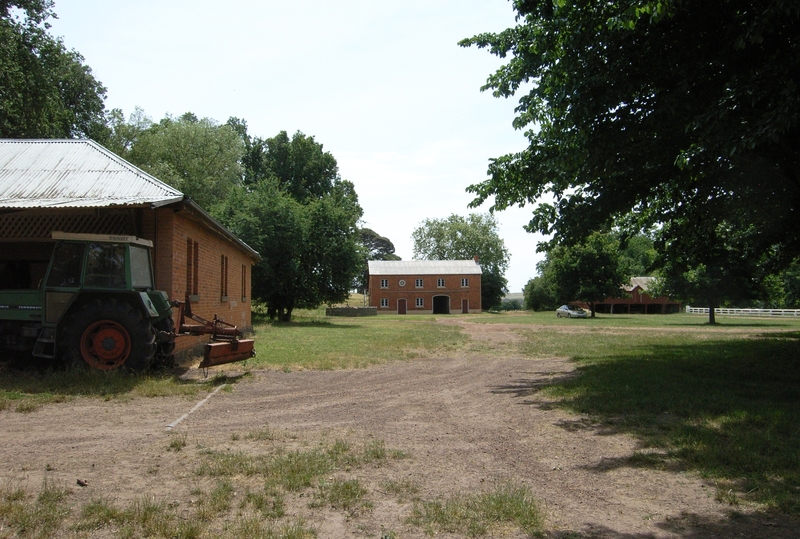 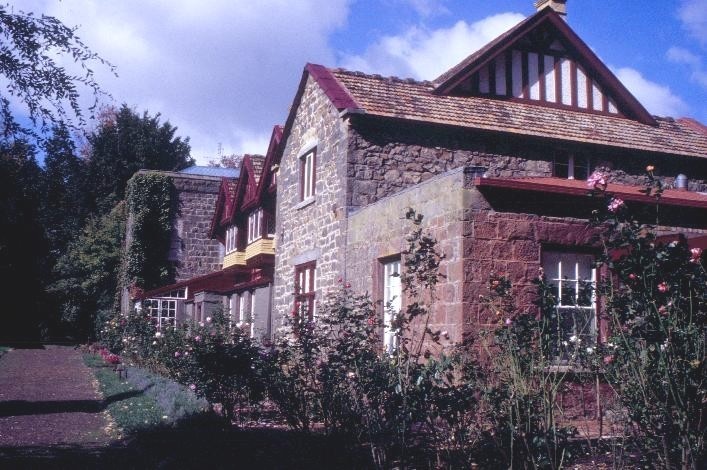 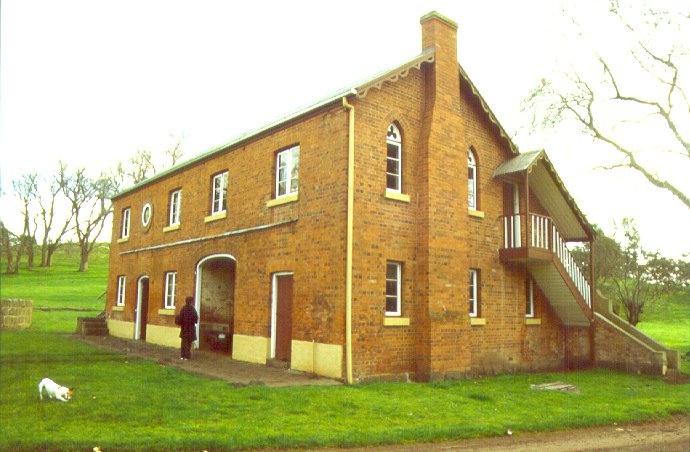 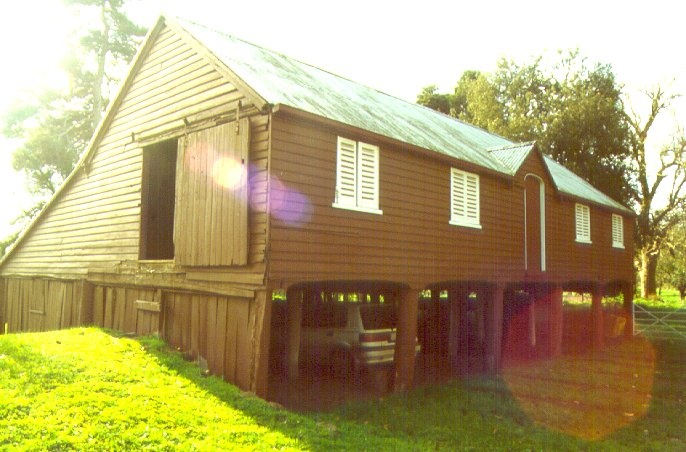 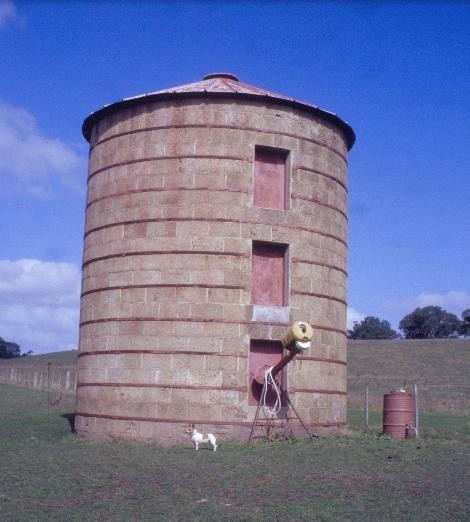 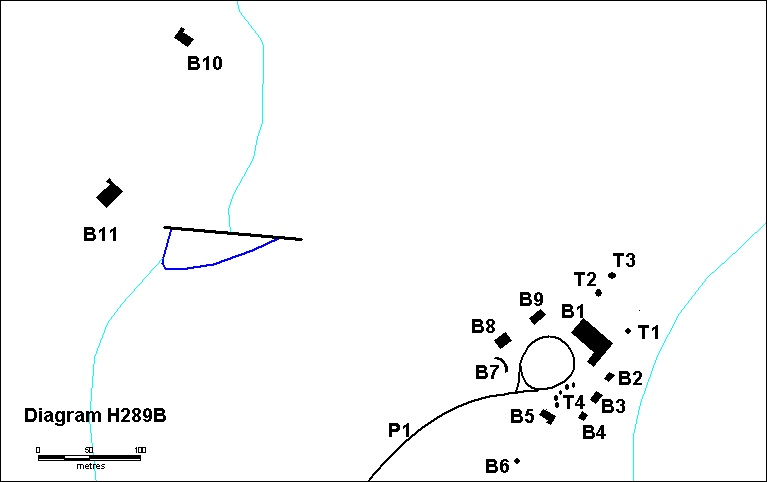 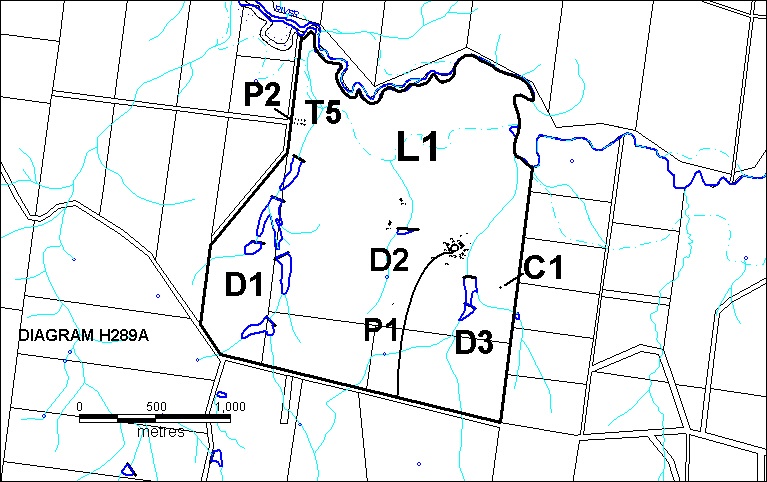 Murndal is at the heart of a pastoral run formerly known as Spring Valley, which was initially part of a larger squatting run called Tahara. Tahara was held in the 1840s under two licences by brothers Samuel Pratt Winter and George Winter, members of a Protestant Irish-English Ascendancy family which owned large estates in Ireland.

The Tahara run was split in 1845, and the eastern part, known as Spring Valley and later as Murndal, was managed until 1849 by Thomas Murphy whilst Samuel Winter attended to his interests in Van Diemen's Land. During this time the original two roomed stone cottage was built, and this still survives as the library at the heart of the homestead. The book collection begun by Winter in the 1840s forms the core of this library.

The pre-emptive right to Spring Valley acquired by Winter in 1854 included one mile of frontage to the River Wannon. The Selection Acts saw some of Winter's run sold off, but by 1870 he had managed to secure freehold to about 14,000 acres.

With the securing of a freehold title, Winter was more confident of carrying out capital improvements. The homestead was increased in size firstly by the bluestone west wing and verandahs added to the original cottage in 1856, and then in 1875 by the substantial two storey bluestone east wing incorporating the dining room. A variety of timber outbuildings were added, few of which have survived, but an important collection of mostly brick or stone buildings remain at the back of the house. These include a two storey bluestone coolroom, and a men's hut, carpenter's shop and laundry all built of bricks made on the station. The largest buildings in this group are an elevated timber barn and a two storey brick stables which was designed in a Colonial Georgian style. About one kilometre from the house is the shearing shed, of timber and corrugated iron, and possibly dating to the 1860s. Nearby is the manager's house, the earliest part of which is constructed from bluestone probably in the 1850s, with later weatherboard additions.

Samuel Pratt Winter created at Murndal a deliberate evocation of the eighteenth century English and Irish landscapes with which he was familiar. The sparsely wooded and undulating landscape was enhanced in the manner of English landscapes by the creation of a series of lakes, with the valley of the meandering River Wannon providing a picturesque setting. The remnants of a boating shed illustrate how the lakes served both a recreational and irrigation function.

Much of the landscaping and large scale planting of predominantly European trees was completed by about 1870. There was an extensive planting of deciduous trees; elms, oaks and Osage orange, and a few evergreen trees; Holm oak and pines in large stands and rows. Vistas were created from the house down to the river. An avenue of oaks marked the crowning of successive British monarchs, and was a further evocation of the Old World landscape.

A large English Oak in the homestead garden known as the Cowthorp Oak was planted in 1886. It was from a seedling of the famous Cowthorp Oak in Yorkshire, mentioned in the Doomsday Book and regarded as the world's oldest English Oak. A rare Palestine Oak, Quercus calliprinos, was planted in 1916 from acorns collected by Captain William L Winter-Cooke at Gallipoli.

The family cemetery was created in 1878 on a small knoll overlooking the south of the house. A hawthorn hedge encloses the site, which is also planted with King pines.

When Samuel Winter Cooke inherited this successful pastoral station from his uncle in 1878 he continued the Old World traditions of Ascendancy Ireland. The addition of further buildings around the homestead reinforced the village atmosphere. Winter Cooke fostered the sense of community, allowing the use of the dining room at Murndal as the setting for religious services for station workers until he provided land and funds in 1881 for the building of St Peter's Anglican Church at Tahara.

In 1906 the last substantial additions were made to the homestead with a second storey designed by architects Ussher and Kemp in a half-timbered Tudor revival style. Internally, rooms and passageways are richly decorated with silky oak panelling, jarrah and kauri pine floors and carved oak ornamentation to ceilings. Most of the work was executed by the station carpenter, Patrick Aylmer.

Murndal is of historic, aesthetic and architectural significance to the State of Victoria.

Murndal homestead and its surrounding landscape are historically significant for clearly demonstrating characteristic patterns of early land settlement and large-scale pastoral enterprise in Victoria. Through the occupation and ownership of one family, the acquisition and improvement of a pastoral run from the earliest years of squatting in Victoria can be shown. The attainment of a government lease, purchase of the pre-emptive right and gradual accumulation of freehold interest in large parts of the original run through the Selection Acts of the 1860s and 1870s is clearly demonstrated. The different phases of construction of the house demonstrate changes in circumstances of a successful pastoral station. The retention of the original stone cottage beneath later stages of construction demonstrates the desire for continuity, permanence and tradition. The landscape features still clearly demonstrate old boundaries to the squatting run and pre-emptive right.

The library collection at Murndal is historically significant for its integrity, and for its several rare and important volumes. It is unusual for a family library begun in the earliest period of settlement in Victoria to survive intact.

The tree planting at Murndal is of historic significance for its commemorative plantings. The avenue planting of a pair of oaks in 1901, 1910, (both Quercus robur) 1937 (Quercus canariensis) and 1952 (Quercus robur) to mark the coronation of each British monarch since Queen Victoria?s reign is the only example of this type of historical planting in Victoria. The Palestine oak is historically significant, commemorating the family's involvement at Gallipoli, and is a rare example of this species in Victoria.

The lakes and parkland of the Murndal estate are aesthetically significant as a rare example of an improved pastoral landscape on a large scale. It is an evocation of an English landscape, beautified by the creation of lakes and planting of European trees, and based on the eighteenth century principle of art assisting nature. It also demonstrates the sentimentality of successive generations of one family for their Old World origins.

Murndal is architecturally significant for the Arts and Crafts style of the last phase of additions in 1906 which reinforced the ideals of respect for earlier and traditional craftsmanship. The half timber gables, leadlight windows, red tile roof and high quality interior carvings reinforce the sense of authority and permanence by reference to the style of a Tudor manor house at the centre of an English-Irish estate.