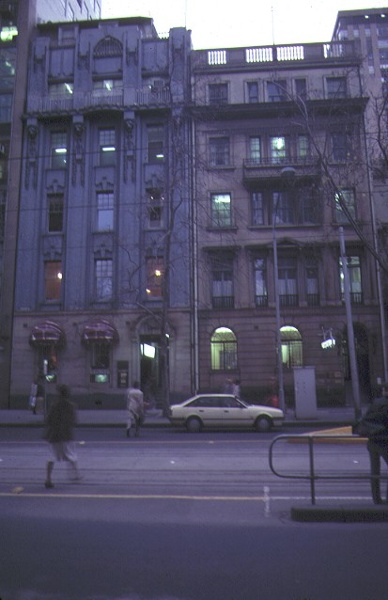 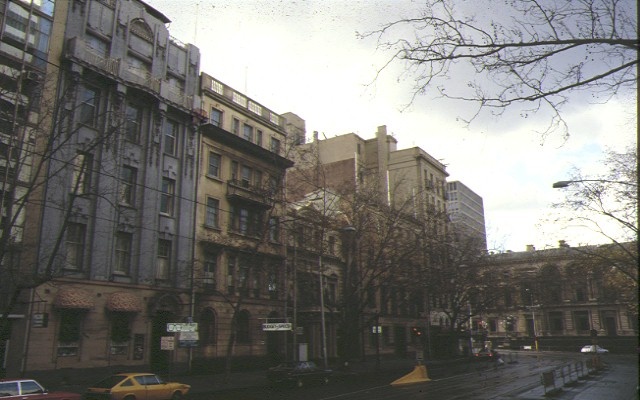 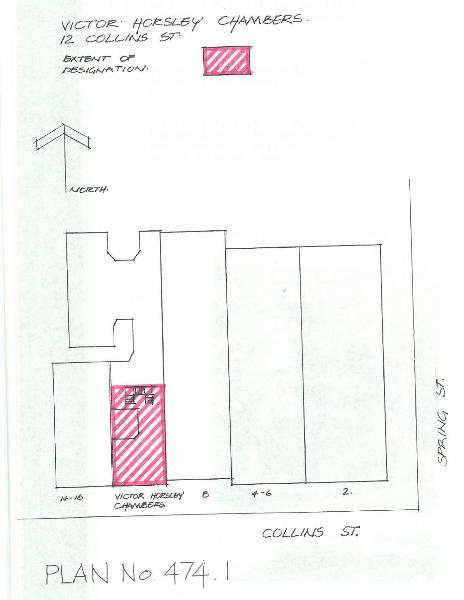 What is significant?
Victor Horsley Chambers was constructed between 1922-26 for Victor Horsley of Horsley and Evans Costume Manufacturers for leasing as professional chambers. It was designed by W A M Blackett of Blackett and Forster architects. It is a five storey building in the Georgian Revival style constructed in concrete and brick with a stone facing. The ground floor facade is faced with smooth banded rustication and relates directly to the nearby Treasury building. The first floor level has symmetrically arranged windows with a pedimented triple window in the centre. On the fourth storey there is a cantilevered balcony with iron railing. The windows to the second and third floors are twelve-pane double-hung sashes and the walling on these upper floors is rendered. A balustraded parapet crowns the composition. Behind the ornamented facade is the lobby and lift with metal cage lift shaft with concrete wrap-around stair.

How is it significant?
Victor Horsley Chambers is of architectural and historical significance to the State of Victoria.

Why is it significant?
Victor Horsley Chambers is architecturally significant is an early example of the Georgian Revival style which became increasingly prevalent from the mid 1920s. The building is significant for its polite classicism and the conscious attempt to blend in with neighbouring structures.

Victor Horsley Chambers is historically significant to the State of Victoria for its associations with some of the nation's most prominent medical practitioners, including Sir Victor Hurley.
Show more
Show less
All information on this page is maintained by Heritage Victoria. Click below for their website and contact details.