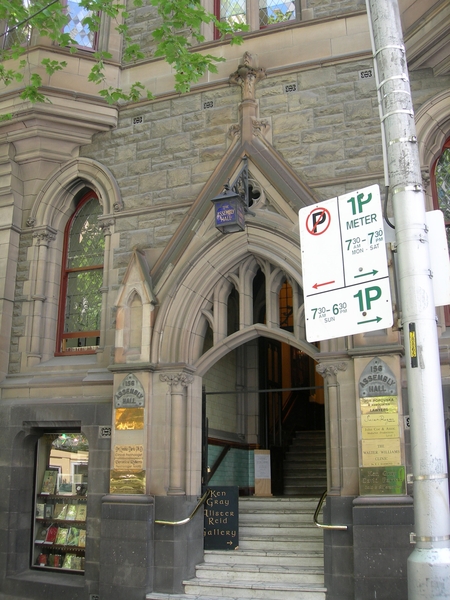 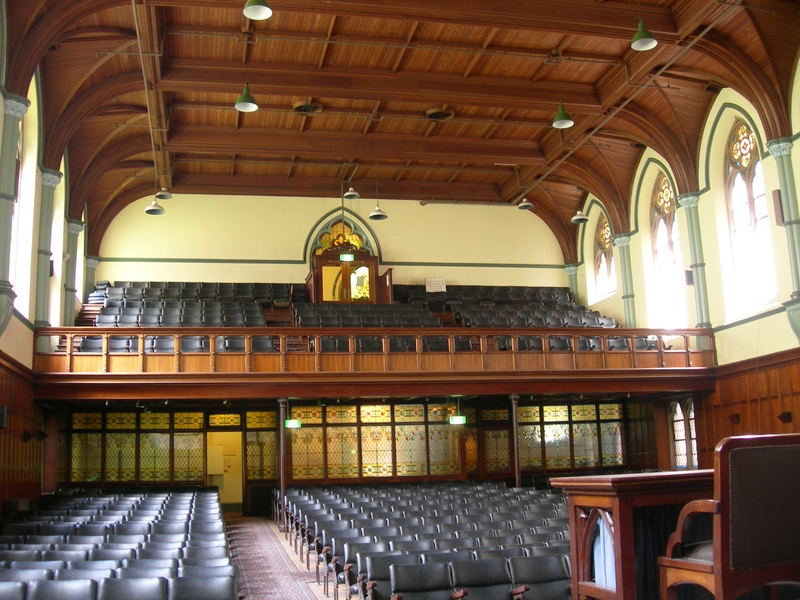 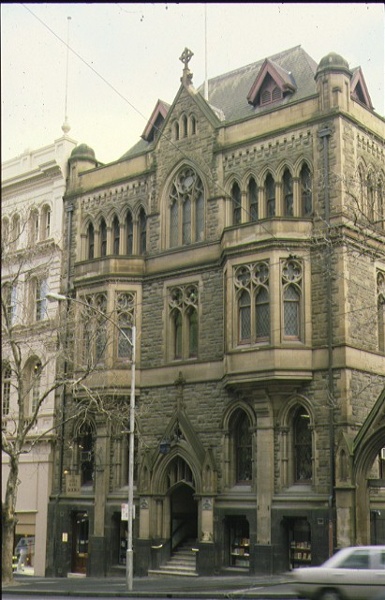 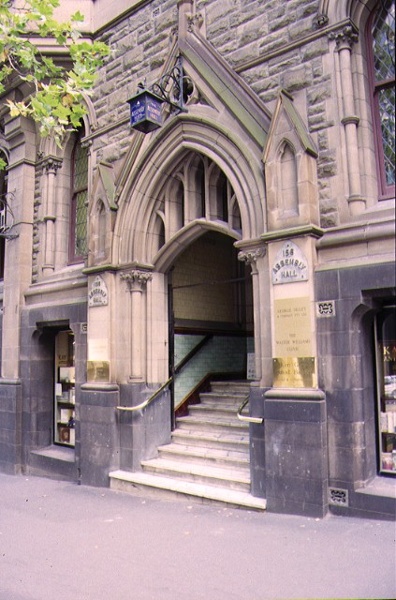 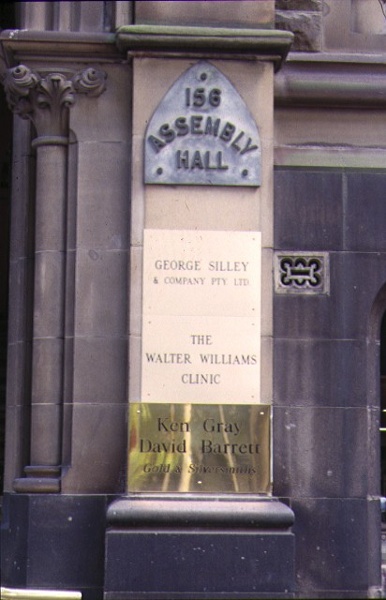 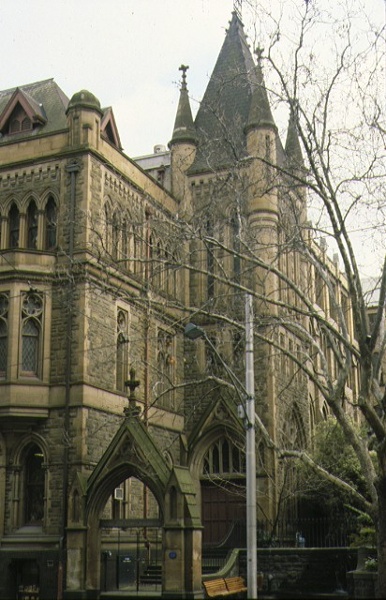 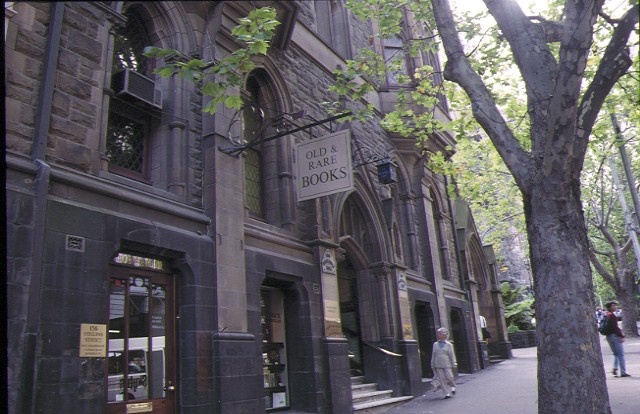 The Assembly Hall at 156-160 Collins Street Melbourne was designed by Henry H. Kemp for the Presbyterian Church, and built by Swanson Bros. in 1914-15 on the site of the old Scots Church manse. The four storey structure (the fourth storey was added c.1935) accommodates a hall with gallery, seating 900, offices and a bookshop. The street facade, return, and tower are faced in rock- faced sandstone with dressed stone mouldings.

The Assembly Hall is of architectural and historical significance to the State of Victoria.

The Assembly Hall is of architectural significance as a late example of Gothic Revival architecture. The careful attention paid by the architect to style, materials and massing has resulted in a building which harmonises with the neighbouring church and which is an integral part of the Collins Street streetscape. The Gothic theme continues inside the building, most interestingly in the foyer, stair and hall.

The Assembly Hall is of architectural significance as an example of HH Kemp's work. Kemp was noted for his arts-and-crafts-inspired Queen Anne or Federation style houses, so the Gothic style employed in the Assembly Hall is less common for him (although he was well trained in the style, as evidenced by this building and his 1887 Stage 2 of the Working Men's College). But it shows his determination to ensure the sympathetic integration of his building with the Scots Church nextdoor.