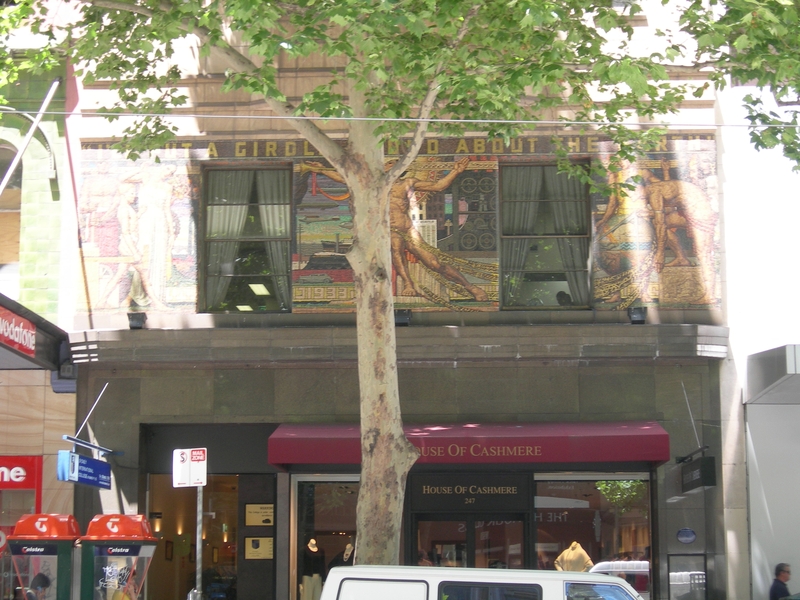 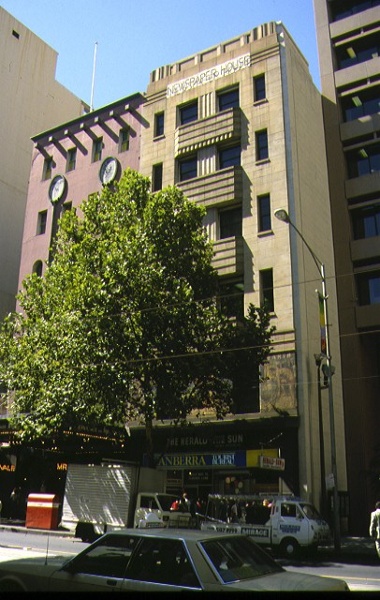 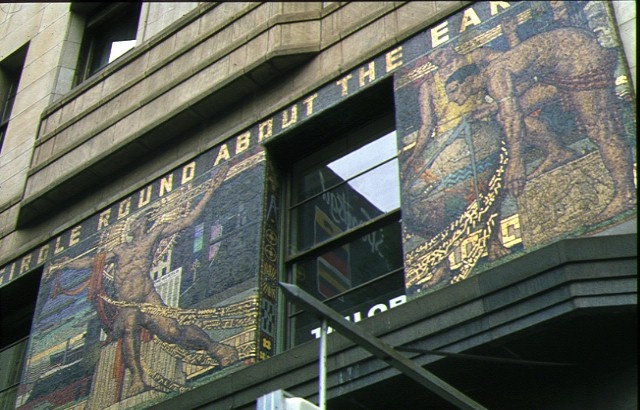 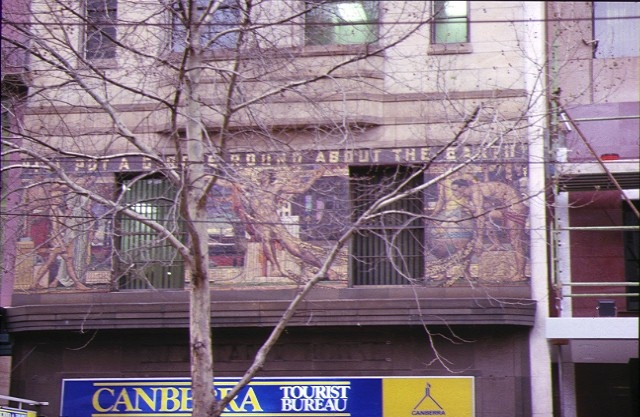 What is significant?
The Newspaper House Mosaic was designed by Napier Waller in 1932. Waller was the leading neo-classical mural painter of the period. The mosaic was commissioned as part of a new facade for the original 1884 building. The new facade was designed by architects Stephenson & Meldrum for the Herald and Weekly Times Limited, who had recently acquired building. The theme of the mosaic was suggested by Mr. Theodore Fink, a director of the company, with the text, 'I'll put a girdle round about the earth'. The mural is read from left to right and in the classical style celebrates technological advances in the progress of mankind. It is located at first floor level and is affixed to slate panels fixed to the brickwork with copper dowels. It is in three sections divided by two windows. There are only two other mosaics by Napier Waller, who studied, lived and worked in Melbourne - one in Temple Court, Collins Street and the other at Monash House, William Street.

How is it significant?
The Newspaper House mosaic is of aesthetic significance to the State of Victoria.

Why is it significant?
The Newspaper House mosaic is aesthetically significant as a rare example of the use of wall mosaic for decorative purposes on the facade of a Melbourne building. The fusion of art and architecture to this extent is rarely apparent in a commercial building in Victoria. It is a superb example of Napier Waller's calm classical style.
Show more
Show less
All information on this page is maintained by Heritage Victoria. Click below for their website and contact details.