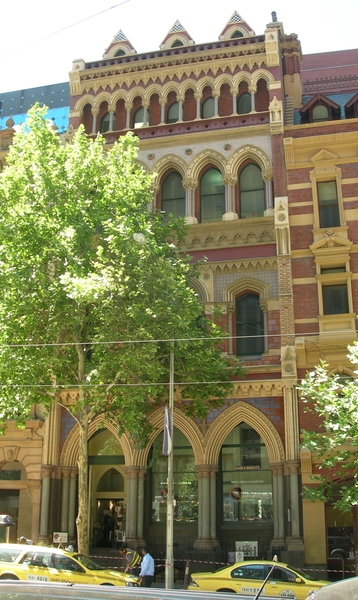 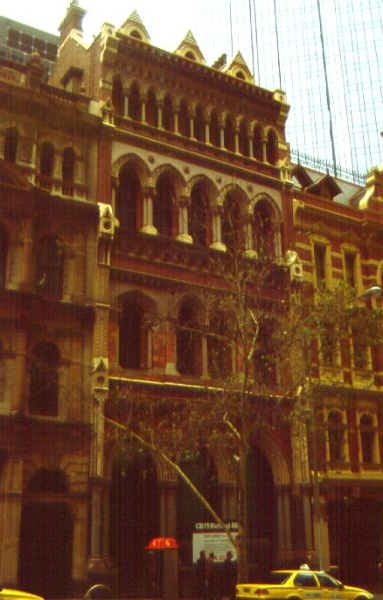 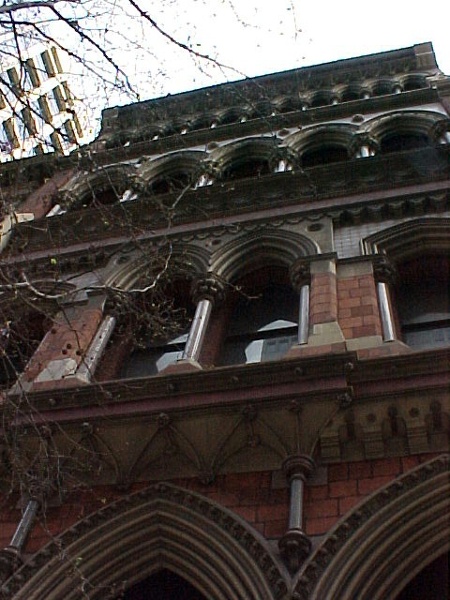 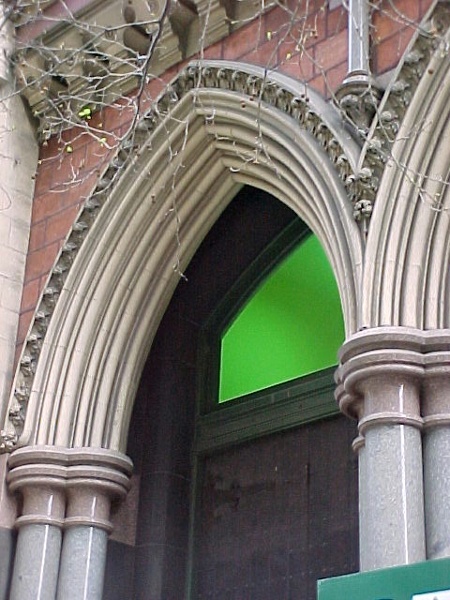 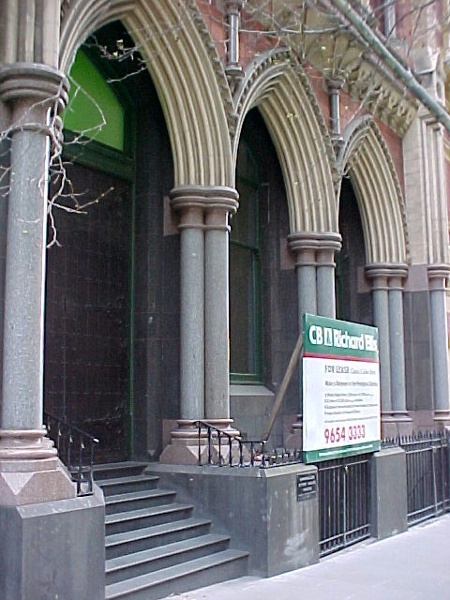 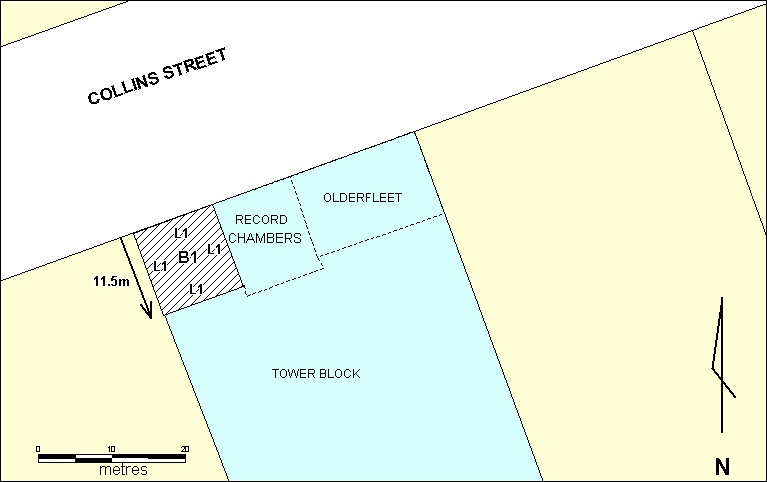 The New Zealand Chambers which comprises four storeys plus an attic and basement, including the facade facing Collins Street, to a depth of approximately twelve metres.

The New Zealand Chambers was built in 1888 by C Butler to a design by architects Oakden, Addison and Kemp, and was later known as the South Australian Insurance Building. The New Zealand Insurance Company erected the building as their Melbourne office at a cost of approximately £20,000 during the building boom of the 1880s, which transformed this part of the city from one of small warehouses in close proximity to the wharves, to one of commercial and mercantile activity. The New Zealand Insurance Company was founded in Auckland in 1859 and by 1888 had many branches and agencies around the world. The Record Chambers was threatened with demolition in the late 1960s, but as a consequence of heritage legislation, the front part of the building was retained in the 1984 redevelopment.

The New Zealand Chambers comprises four storeys plus an attic and basement. The facade is designed in the Gothic Revival style, a style that was introduced in Melbourne the 1870s. The facade of the New Zealand Chambers draws on colour as well as form for its effect. The extensive use of red terra cotta tiles gives contrast to buff coloured terra cotta mouldings and ceramic tiles decorated with fleur de lys. The ground floor is composed of three large arches formed from polished Scottish granite, with grouped columns standing on Malmsbury bluestone plinths. The upper floors, all with polished granite columns, form a picturesque composition, the top floor being an arcade of twelve pointed arches beneath a cornice. Three dormer windows puncture the attic storey, and the peak of each gable is decorated with chequer board tiles.

The New Zealand Chambers is of architectural and historical significance to the State of Victoria.

The New Zealand Chambers is also historically significant for its association with the burgeoning heritage movement of the 1970s, in particular the campaign to save the Gothic streetscape of Collins Street by the National Trust. This campaign and the public concern and development in the city led to the introduction of the Victorian heritage legislation. [Criterion A]

The New Zealand Chambers is architecturally significant as a clear expression of the Gothic Revival style. The style was used by owners and architects as a deliberate evocation of the commercial power and prestige of the mercantile city of Venice. The style sought to reinforce the aspirations and confidence of businesses during the so-called boom period of the late 1880s. This secular Gothic revival style contrasted strongly to the more academic and purist non-secular Gothic styles employed in churches of all denominations. The New Zealand Chambers is significant as an early example of the extensive use of terra cotta mouldings and glazed tiles. Their use, which was praised in a contemporary building journal, reflected the desire for achieving both a colourful effect as well as a clean and healthy image. [Criterion D]

The New Zealand Chambers is also architecturally significant for its contribution to the distinctive Gothic streetscape of the west end of Collins Street. [Criterion D]