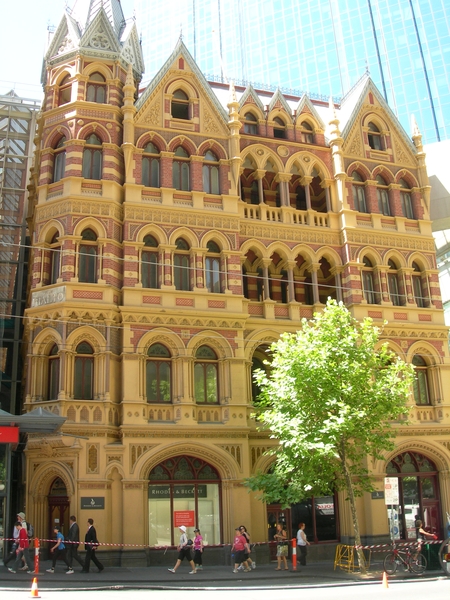 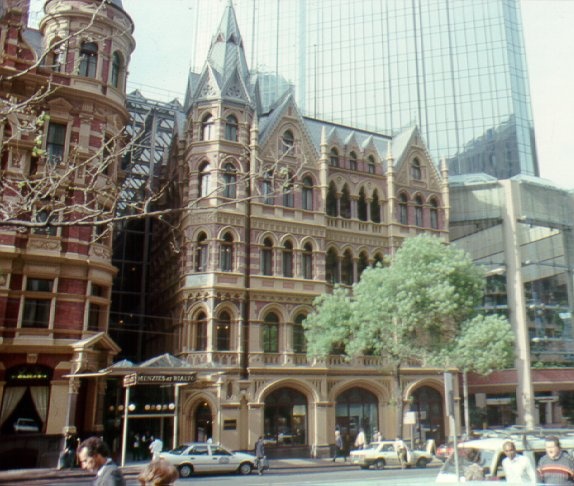 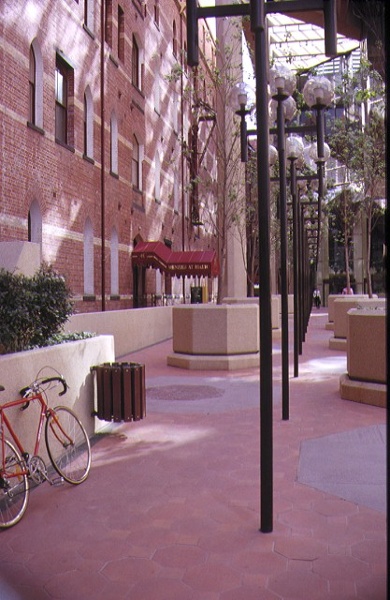 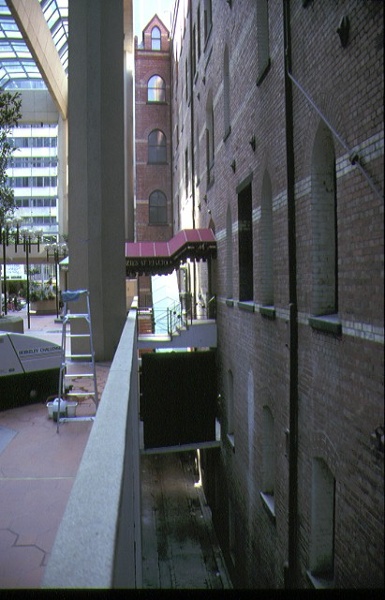 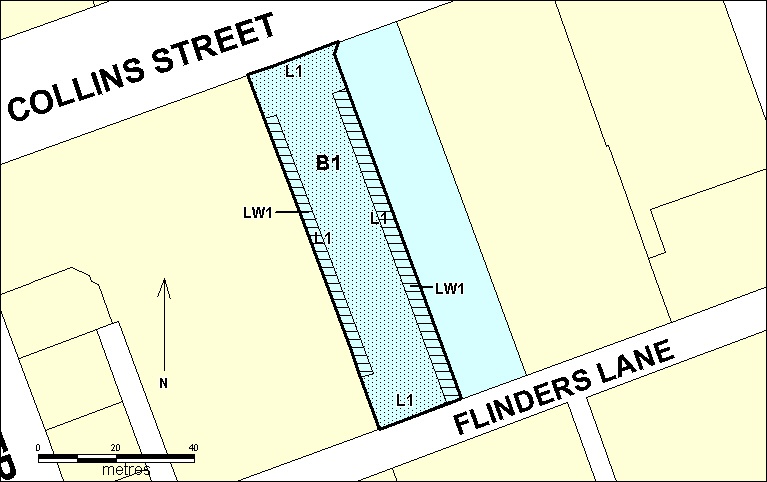 The Rialto Building, 497-503 Collins Street, was designed by the prominent Victorian architect William Pitt for businessman Patrick McCaughan. It was built by contractors Comely and Guillam between 1890 and 1891. The large complex, principally built in face red tuck-pointed brick, has facades to Collins Street, the Rialto Plaza, Flinders Lane and to the redeveloped rear section of the Winfield building to the east. The five storey Collins Street facade forms a screen to the major section of the building at the rear, a six storey arcade of small warehouses. The Collins Street facade is a distinctive version of the Venetian Gothic palazzo style. This polychromatic facade, with a diverse range of decorative materials including cement, ceramic tiles and pressed zinc, forms an integral part of the Rialto precinct, a highly significant group of five late Victorian buildings. Pitt’s version of the Gothic was inspired by the style of the Gothic palazzo mercantile exchanges of Venice.

The long east facade is now incorporated into an atrium, and faces the new Winfield Building finished in a sympathetic style on the opposite side. The pointed arch motif of the Collins Street facade is consistently repeated in the openings of the warehouse section of the building. The whole complex is now occupied by a hotel, housed beneath a glazed atrium formed in 1984.

The original bluestone cobbled laneway, which served the carts and waggons delivering wool and other products to the Rialto building warehouses, survives intact on the ground floor of the atrium. This laneway forms a U-shape by looping around under the building at the Collins Street end, and returning along the whole length of the west facade back to Flinders Lane.

The building was specifically designed with the latest contemporary fire prevention measures. The plaster of internal walls and ceilings of the office section was placed on expanded metal lathing, a significant advance to traditional timber laths. In the stores area each room was compartmentalised with full height masonry walls. The stone stairs and hydraulic lifts were located in two isolated bays. Traegerwellblech fireproof flooring was employed, a system of curved corrugated iron resting on the flanges of steel joists and covered with concrete.

The Flinders Lane facade incorporates a five storey corrugated iron urinal enclosure. The floors of the block are formed by the galleries, and the walls are simply formed from galvanised corrugated iron. The exact date of these toilets is not known. Pitt’s original plans show earth closet toilets on the roof of the building, but a later, apparently undated plan shows urinals in their current position. The architect took the trouble to incorporate Gothic pointed arch windows into the ironwork, giving a sense of unity with the brick structure.

Tenants of the building in the early 1890s included the newly formed Melbourne Metropolitan Board of Works, responsible for providing Melbourne with a water and sewerage system. Other tenants included the law firm of Theodore Fink, who was a noted lawyer at many ‘land boomer’ trials in the 1890s. Later tenants included the Melbourne Woolbrokers Association and in 1904 the Wool Exchange Sale Room was located on the fourth floor of the warehouse block.

The Rialto Building is of architectural and historical significance to the State of Victoria.

The Rialto Building is architecturally significant as one of the finest ‘boom style’ buildings in Melbourne, and is an integral part of an exceptional group of late Victorian commercial buildings in Collins Street. The richly articulated surface mouldings, the array of Gothic windows and polychromatic brickwork to the Collins Street facade is a quintessential expression of ‘boom period’ architecture. It is one of the finest examples of the commercial Gothic style successfully developed by prominent architect William Pitt.

The rear section of stores stylistically echo the front office section, notably in the use of the pointed Gothic window. The stores are significant as a unique arrangement of warehouse space in Melbourne. The space created by the long internal facade and the narrow laneway is also unique, and despite no longer being open to the elements, the current layout retains the form, substance and atmosphere of the original layout.

The Rialto Building is architecturally significant for its fire-prevention measures. Innovative technology in its construction included fire resistant expanded metal lathing for plaster and Traegerwellblech floors.

The Rialto Building is historically significant as a demonstration of the building boom in Melbourne during the early 1890s, shortly before the economic depression halted building for most of the decade. The design demonstrates the new approach to office accommodation, being specifically planned for a range of commercial tenants and with shops to the ground floor of the street facade. The unusual urinal enclosures demonstrate a novel solution to the provision of sanitation in a multi-storey building.

The Rialto Building is historically significant for its associations with the newly formed Melbourne Metropolitan Board of Works. It is also associated with many prominent businesses, including the law firm of Theodore Fink. Additionally, the warehouses link the building historically to the wool industry because the building was an important focal point to the wool markets and auctions as well as for storage.