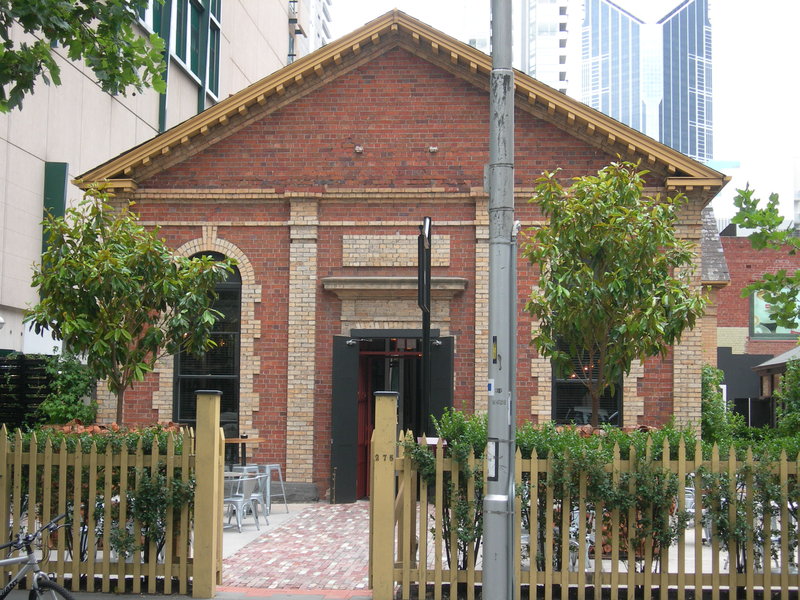 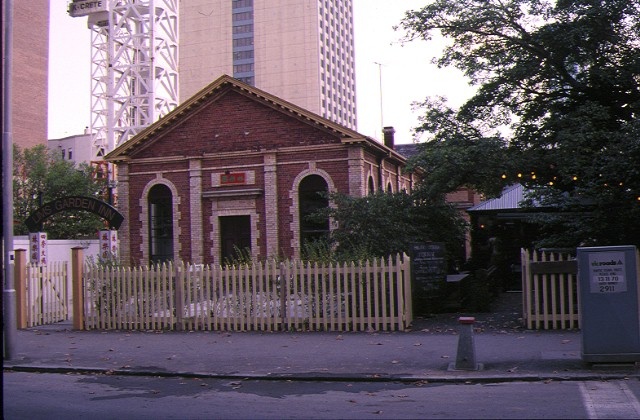 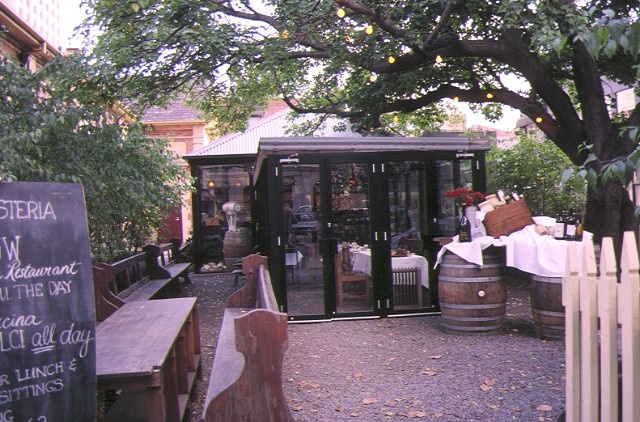 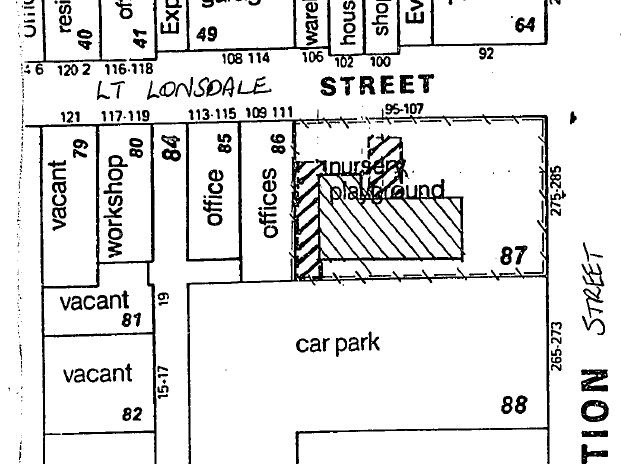 The Former Mickveh Yisrael Synagogue and Hebrew School was constructed in 1859 to a design by the architects Knight and Kerr. It was used as such until 1877 when a new Synagogue was built in Albert Street, East Melbourne. It then became State School No 2030 until 1892, and subsequently had a number of educational, social welfare and child care uses. The building is a simple single storey brick structure on a basalt plinth, with pedimented gables, brick pilasters and arched windows with brick dressings.

The Former Mickveh Yisrael Synagogue and Hebrew School is of historical and architectural significance to the State of Victoria.

The Former Mickveh Yisrael Synagogue and Hebrew School is of historical significance as one of the oldest synagogues in Melbourne and as a testament to the contribution of the Jewish community to the development of Melbourne from the city's very early days.

The Former Mickveh Yisrael Synagogue and Hebrew School is of historical significance for its associations with the early provision of social welfare in Victoria. In 1892 it was used by the Salvation Army, first as a free labour bureau, then as a men's industrial home and, following additions in 1897, as a women's shelter. From 1909 it was tenanted by the Methodist Central Mission, which, in addition to providing bible classes and services, established, under the patronage of the lady mayoress, a free kindergarten for children of poor parents. The need for such care became particularly acute during WWI when many women entered the workforce. In 1916 the City Crèche for mothers visiting hospitals or doctors was added to the services provided. In 1948-50 the City Free Kindergarten was relocated to East Melbourne and the building was modified by the Melbourne City Council to provide a crèche and nursery facility. The history of the former Synagogue is thus intimately bound up with the history of the provision of social welfare, particularly catering to the needs of impoverished women and children and the unemployed in the formerly deprived north-eastern quarter of the city. As such, it is also a reminder of the character of this part of the city in the late-19th century and early 20th century: the area around Lonsdale, Little Lonsdale and Stephen Street (as Exhibition Street was originally known) was thought of as a slum area, inhabited by the poor and vice-prone. Now much of the small-scale fabric of this area has disappeared, giving the former Synagogue added significance.

The Former Mickveh Yisrael Synagogue and Hebrew School is of architectural significance as an interesting example of the conservative Classical style, unusually applied to a Synagogue, and of the small scale work of Knight and Kerr. The conservative Classical style was more commonly used by the Methodists and Baptists and this rather austere version suggests an emphasis on economy, probably reflecting the beginnings of the Jewish community in the city. The small scale of the Synagogue provides an interesting comparison with Knight and Kerr's major work of the period, Parliament House, the first stages of which were designed in 1856.