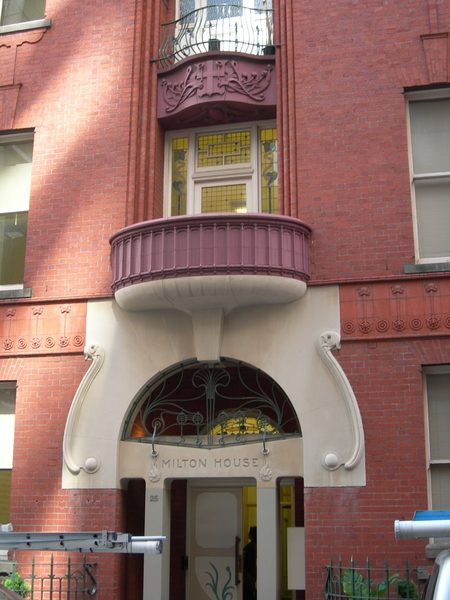 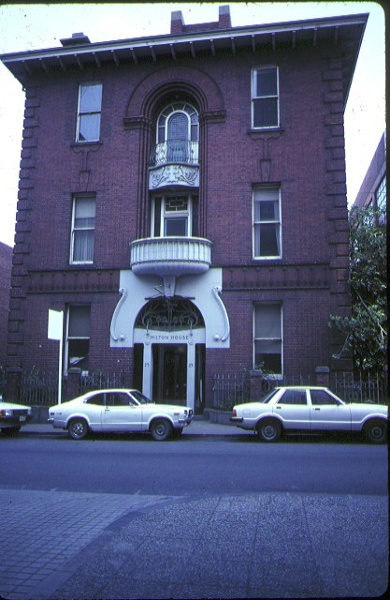 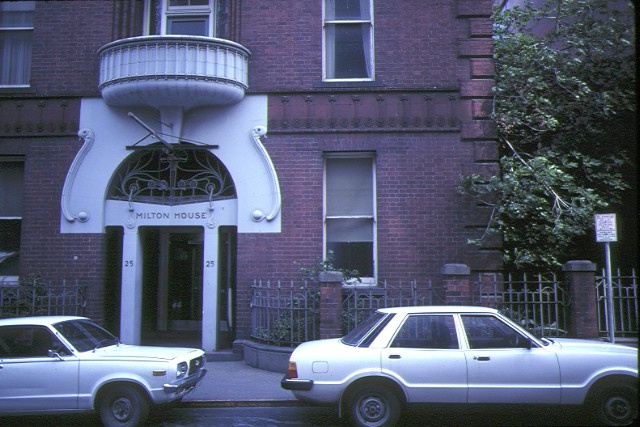 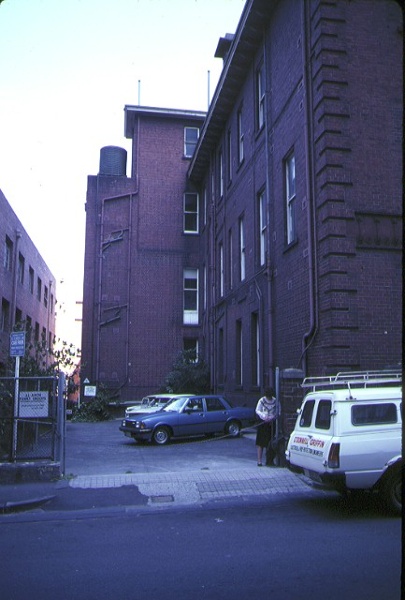 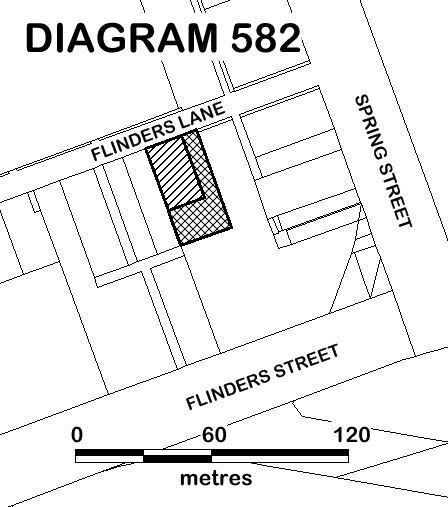 Milton House is a three-storey brick building with an almost Georgian symmetrical facade with quoined corners and deep, bracketed eaves. The linked chimneys suggest the English Baroque of Hawksmoor. The central bay incorporates a major arch of American Romanesque character. The overall classical form is probably attributable to the architects Sydney Smith and Ogg, but much of the detail is thought to be that of their consultant Robert Haddon, the leading local exponent of the art nouveau: in particular the ornamental terracotta band, the sinuous broken label mould of the entrance arch, the wrought-iron work within the arch, and the use of brick strips to link windows of the first and second floors - all of which are more or less characteristic of Haddon's work elsewhere. The interior of the building is plain and functional, and is an early example of the use of coved skirtings for hospital purposes. The glass includes some very subtle and some very bold combinations of colour; single pieces of mixed hue; motifs resembling snails and sunflowers seen on edge like parasols; abstract renderings of scenes such as the sun shining on waves; and other compositions of exquisitely contrived tension and asymmetry. Built as a private hospital in 1901 for the eminent Melbourne surgeon, William Moore, who was the first master of surgery graduate of the University of Melbourne, Milton House was subsequently a rooming house, reverted to a medical context in its use by the Victorian Health Commission for X-ray purposes and later became government offices.

Milton House is of architectural significance to the State of Victoria.

Milton House is architecturally significant as one of the rare examples of the application of art nouveau design to a building in Victoria. The building is an exquisite composition drawing substantially on the intricacy and delicacy of art nouveau but also skilfully blending elements of the more robust and powerful American Romanesque and Georgian styles to produce an integrated but unique design.