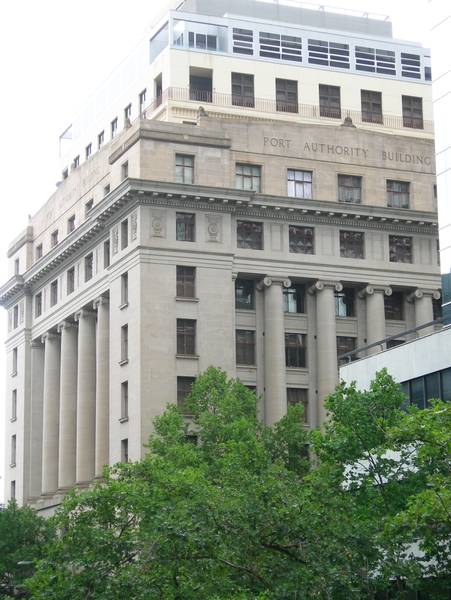 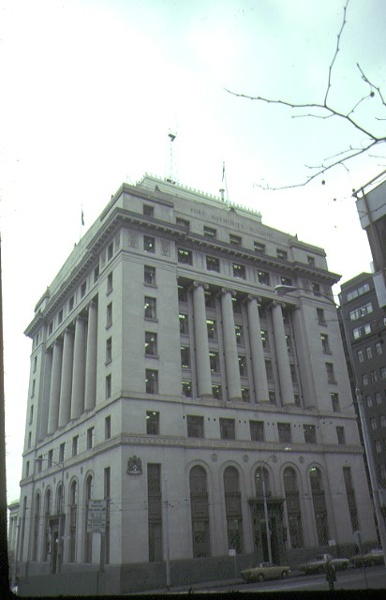 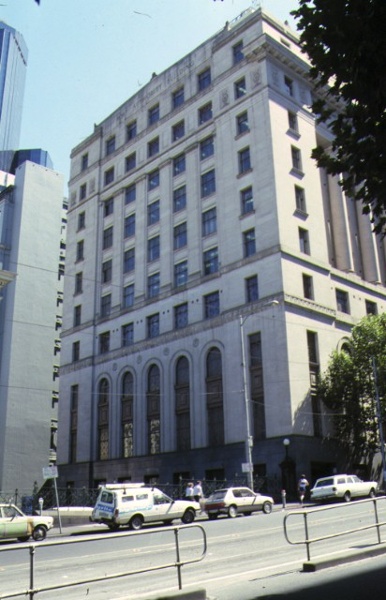 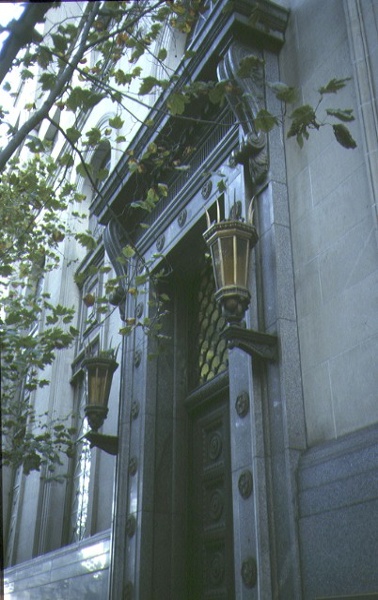 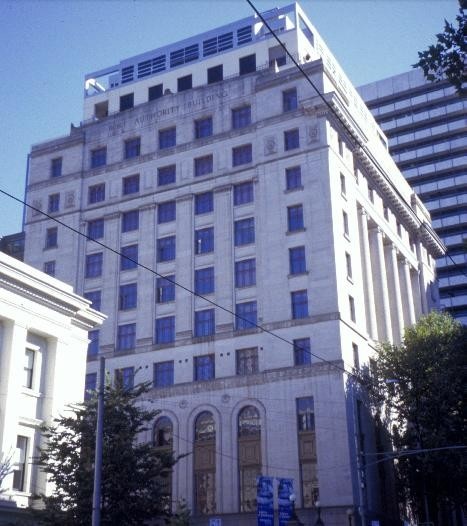 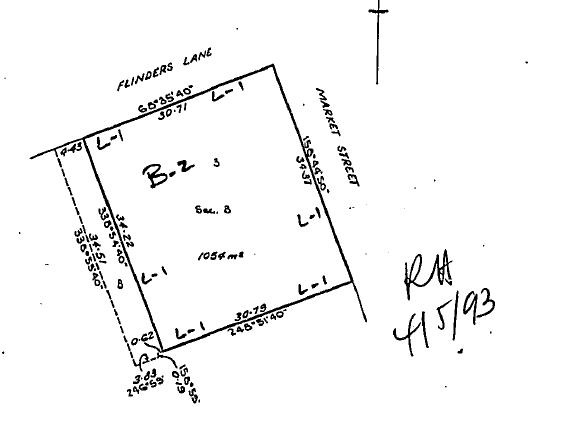 What is significant?
The Former Port of Melbourne Authority Building is a nine storey structure erected by Hansen and Yuncken in 1929-1931 to a design by Sydney Smith, Ogg and Serpell. The base and entrance surrounds are of polished Harcourt Granite, while the rest of the building was constructed of Stawell Stone on a steel frame. Arched windows extend through the first and second floors and are topped with a fanlight treatment and decorated with diagonal steel mullions and a bronze spandrel panel at first floor level. The second floor functions as a plinth for the next four ionic-ordered storeys. There are four columns, passing through the four floors, to each of the Market Street and Flinders Lane facades. The eighth floor facade is represented as a frieze with alternating windows and decorative panels representing metopes and triglyphs. The refined detailing of the exterior is replicated in the interior, which features Doric columns and extensive use of marble. The building was occupied by the Port Authority until 1982, when the former State Electricity Commission took over. It was converted to a hotel in 1999-2000.

How is it significant?
The Former Port of Melbourne Authority Building is of architectural and historical significance to the State of Victoria.

Why is it significant?
The Former Port of Melbourne Authority Building is of architectural significance as one of the most accomplished examples in Melbourne of 20th century Beaux-Arts-influenced Greek revival architecture. The Beaux-Arts style was relatively uncommon in Australia, tending to be reserved for large, monumental commissions, often of government buildings. The monumental elements characteristic of the style 'the giant order, strongly expressed base storey, and expertly executed classical motifs and details' are all clearly evident in this building. It is also rather unusual in that it is a stone faced building, in comparison to more common brick and stucco examples. The former Port Authority Building is also architecturally significant as one of the best finished buildings in Melbourne, with the internal and external detailing demonstrating particularly outstanding craftsmanship and the notable application of decorative schemes and materials in construction. This particularly includes the elaborate use of marble and wood panelling in the ground floor entrance, lift lobby and office area, and on the first floor, including the Board Room and Commissioner's Office, along with the external use of polished granite and Stawell stone. The building's architectural worth was recognised soon after its completion, when it won the 1933 Royal Victorian Institute of Architects' Street Architecture Medal.

The Former Port of Melbourne Authority Building is of architectural significance as a distinguished example of the work of Sydney Smith, Ogg and Serpell, one of the leading exponents of the Beaux-Arts style in Australia, but also designers of a diverse range of buildings between 1910 and 1936. The firm's partners also had productive careers individually and in other partnerships.

The Former Port of Melbourne Authority Building is of historical significance as an important element in the old centre of Melbourne's maritime industry. The building is adjacent to the Old Customs House, their location a reminder of the fact that Melbourne's port facilities originally extended much further upstream than they do now. The grand and imposing character of the building reflects the importance of the Harbour Authority and the port that it managed to Melbourne's commercial and maritime development. This importance was accentuated during the building's construction, during the Great Depression, when projects of such scale were valuable contributors to economic activity and employment.