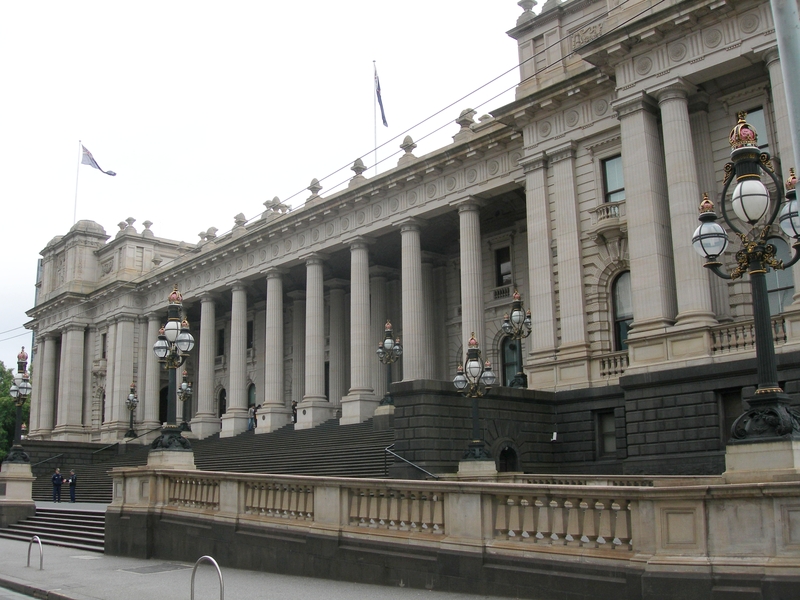 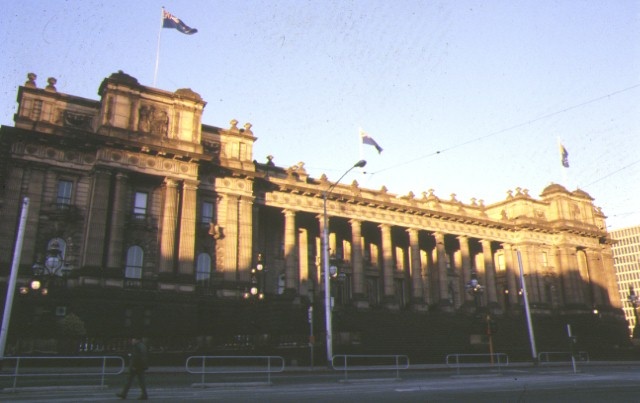 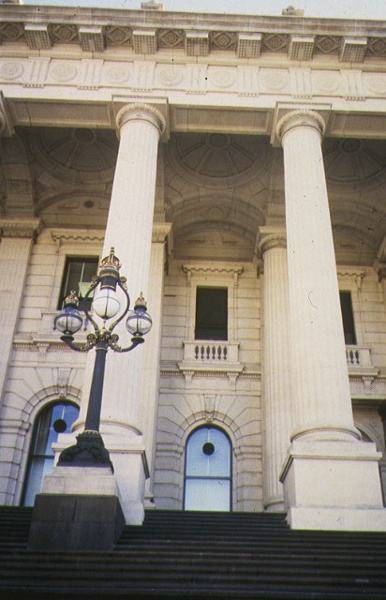 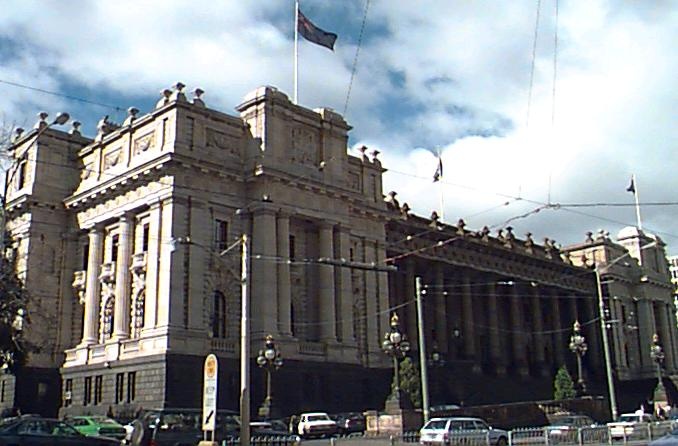 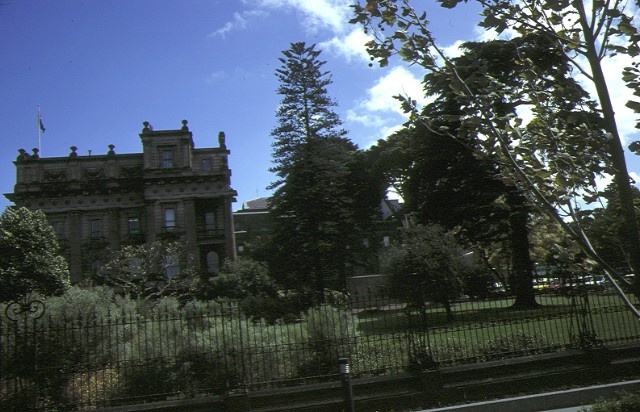 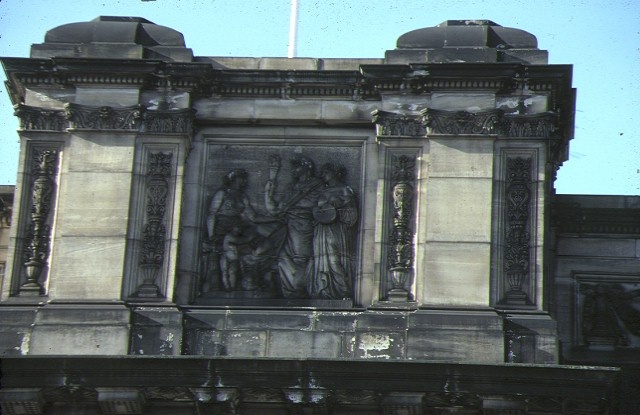 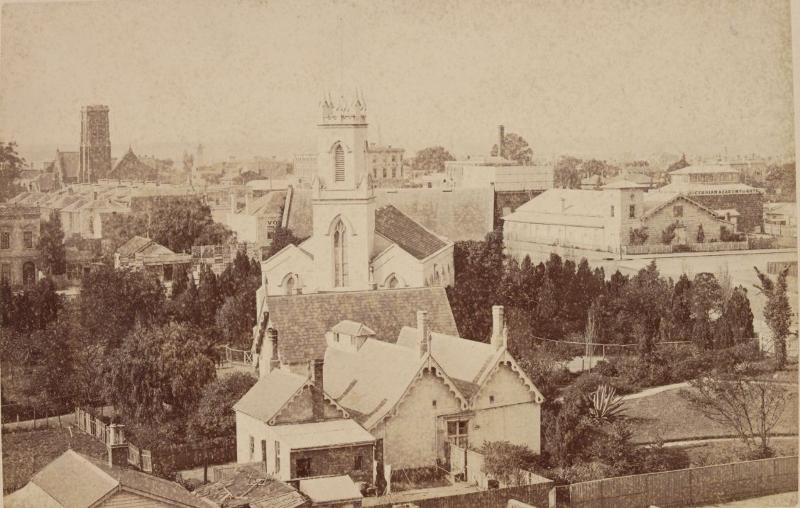 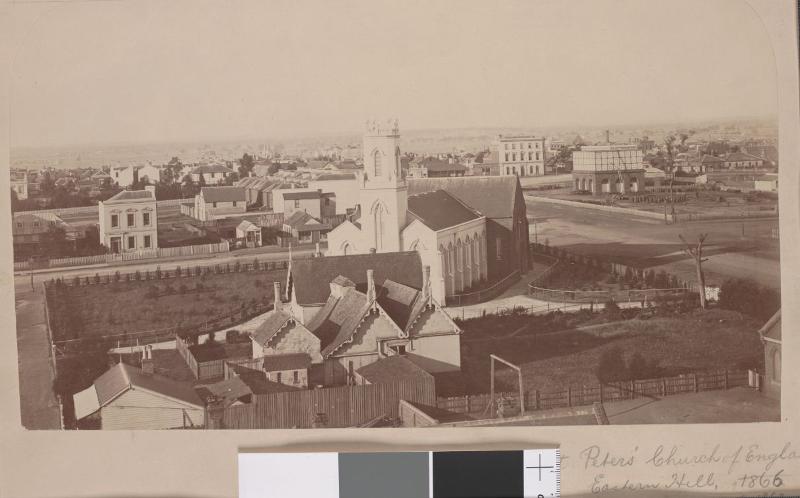 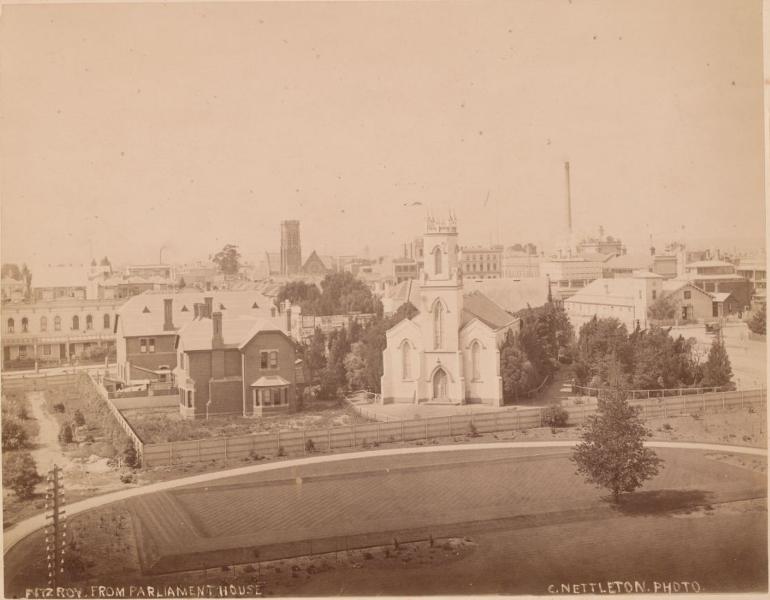 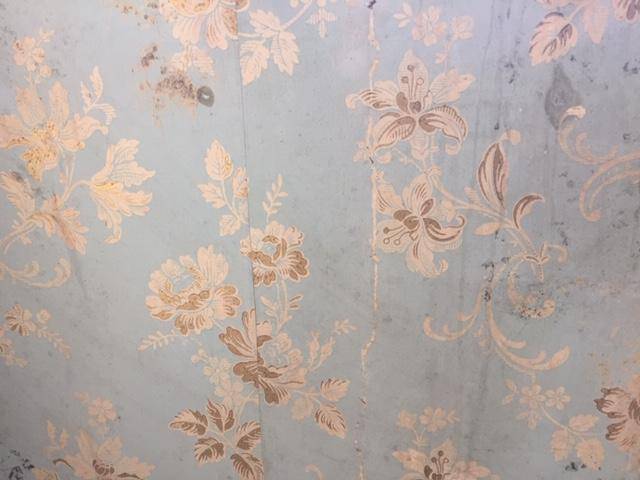 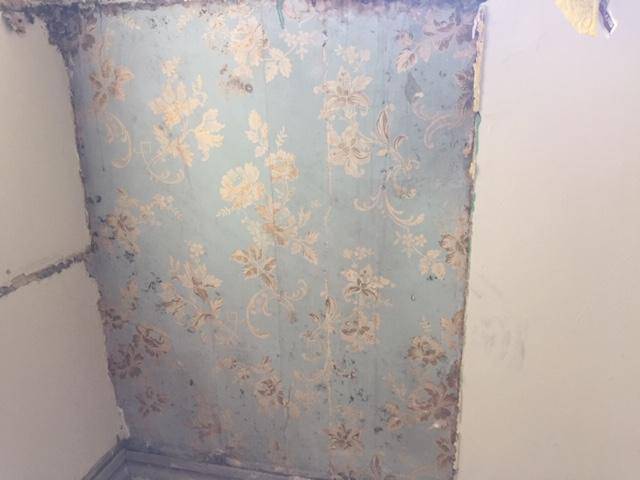 What is Significant?
Parliament House is a classical style building with the plan based on the layout of the Houses of Parliament at Westminster. It has a central entrance through a vestibule and shared hall with the legislative chambers to the right and left. The central axis of the building terminates in the Library at the back, which looks out to the Parliamentary Gardens. Accommodation for committee rooms, offices and other spaces were intended to surround the two chambers at basement, ground and upper levels, but are largely incomplete.

Parliament House was built in six stages. The two chambers were constructed of bluestone in 1856. The Library and Refreshment Rooms were constructed in 1858 and 1860 with the exterior cladding to the east facade being Bacchus Marsh stone. The Great Hall and Vestibule were completed in 1879. The West Front was completed in 1892 using Stawell stone. The north and northeast wings to basement levels were completed in 1889 and 1892. A wing housing the Refreshment Rooms on the north east corner was built in 1928-30. The side and rear wings as well as the Dome have not yet been completed. The Legislative Council Chamber, the Legislative Assembly Chamber, the Library and the Refreshment Rooms were designed by John George Knight and Peter Kerr. Queen's Hall, the Vestibule and the West Front were designed by Peter Kerr.

The building displays a very high standard of craftsmanship and detail. The external walls make use of sculptural stonework and the interior has an extensive array of decorative plasterwork, encaustic tiled floors, decorative painting and gilding and French-polished, cedar joinery. The principal interior spaces, designed by Peter Kerr, use a classical architectural vocabulary to create a series of grand spaces appropriate to the weighty functions of Government. A system of air-conditioning was devised by JG Knight in 1859 to cool and ventilate the Legislative Assembly Chamber. In 1889 this was improved by the addition of a tunnel to bring fresh air from an inlet shaft concealed by a domed, temple-folly structure in the garden.

The curvilinear layout of the gardens that surround Parliament House is attributed to William Guilfoyle, designer of Melbourne's Royal Botanic Gardens. This was modified in 1888 to accommodate the bowling green with its pavilion and the tennis court. However the overall character is one of curvilinear gravel walks edged with brick; open lawn, large specimen trees including the commemorative Federation Oak, and densely planted shrub beds. The ventilation tower built in the form of a classical 'folly' is a significant feature.

The architecture of Parliament House is enhanced by its setting, high on Eastern Hill, and terminating Bourke Street. The site was enclosed by the existing ornamental wrought iron palisade fences atop a basalt plinth in 1889.

Parliament House was built on the site of a traditional ceremonial ground and meeting place for the five Aboriginal tribes of the Port Phillip region, which together formed a confederacy known as the Kulin. It has been the home of the Victorian Government since the mid-nineteenth century and as such reflects many aspects of Victoria's colonial history. An important aspect of Victoria's historical identity as a separate colony was the demand for a wider franchise following the Eureka rebellion of 1854. The 'U' shaped layout of seating in the legislative chambers allows for a number of representative parties, and the Victorian aim of broad representation is reflected in the motto incorporated into the encaustic tiled floor of the Vestibule: "Where no counsel is the people fail, but in the multitude of counsellors there is safety". Parliament House accommodated the Commonwealth Parliament between Federation and the establishment of the Provisional Parliament House in Canberra in 1927. The Federal Government acknowledged this hospitality on their departure, by funding the construction of the north east wing to house new kitchen and dining rooms.

How is it Significant?
Parliament House is of architectural, aesthetic, historical, and cultural significance to the State of Victoria.

Why is it Significant?
Parliament House is architecturally and aesthetically significant as an embodiment of the ideals of nineteenth century civic architecture, employing a classical architectural vocabulary to symbolise its function, and located on high ground, terminating a major city street. The building is of architectural significance in its functional layout, based on that of the British Parliament at Westminster, and its use of innovative systems of ventilation and air conditioning. The building's exterior and interiors are of aesthetic significance in displaying the highest standards of design, craftsmanship and decorative detail in the sculptured stone, ornamental plaster mouldings, painted decoration and monumental architecture, created by the foremost artists of the day. The garden is of aesthetic significance in its curvilinear layout and plant character, providing an appropriate and functional setting.

Parliament House is culturally significant as an important landmark within the streetscape of Melbourne and as a former meeting place of the Kulin tribes.
[Online Data Upgrade Project 2001]