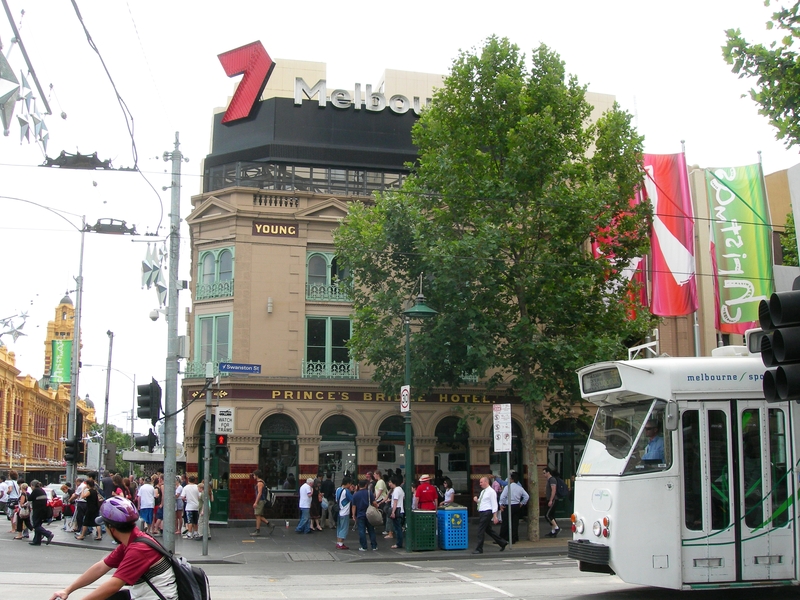 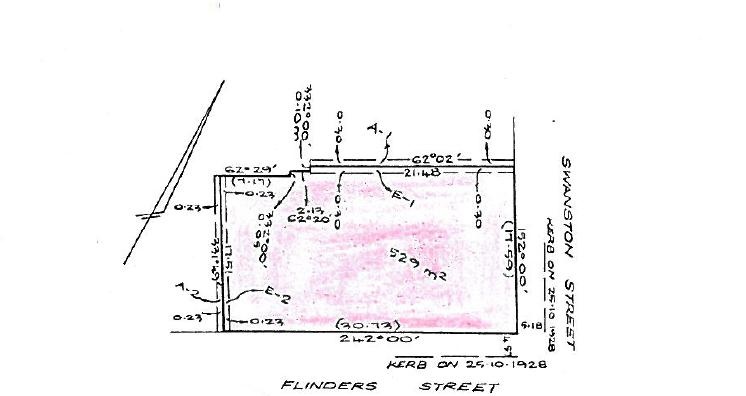 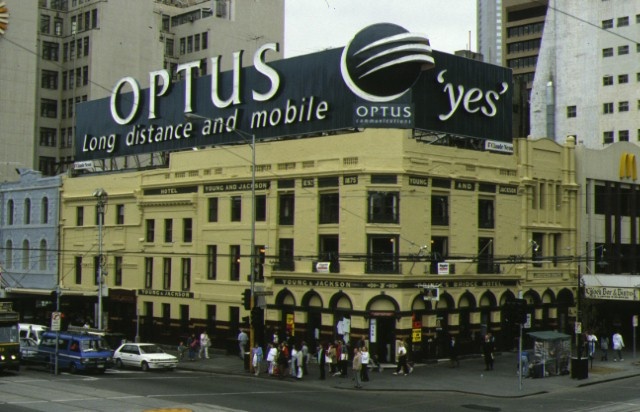 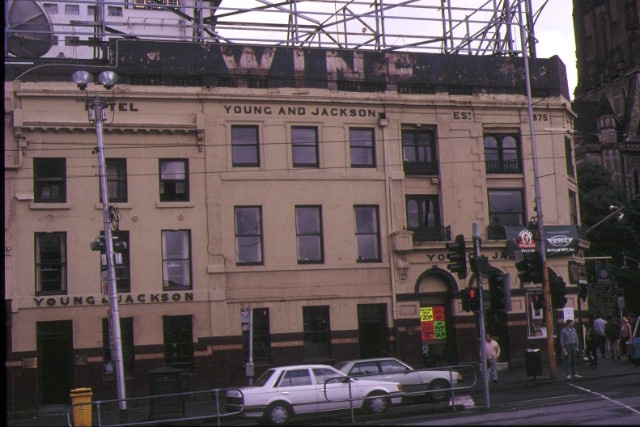 Young and Jackson's Princes Bridge Hotel is an amalgamation of five separate buildings of two and three storeys. The original 1853 bluestone building was designed as a three-storey residence, with a butcher's shop on the ground floor. It opened as a hotel in July 1861 with John T Toohey as licensee. It was later extended in both directions, incorporating a shop to the north in Swanston Street and two early bluestone stores to the west on Flinders Street. All the buildings have been rendered and painted to match each other but the original stone corner building can be readily identified. In 1875 Henry Figsby Young and Thomas Jackson took over the licence, extended the hotel and gave it the name by which it is now popularly known. The architect John Flannigan and the builder Henry Wright undertook the renovations, including the removal of the original timber shopfronts and the addition of the brick parapets and pediments. In 1908 Henry Young purchased the painting Chloe and displayed it in the saloon bar. Chloe is a painting of a nude female by the Frenchman Jules Lefebvre. This painting had been the subject of public outcry when it had been shipped to Melbourne for the 1880-81 International Exhibition at the Royal Exhibition Buildings. Its display at the hotel ensured great publicity for Young. Young sold his leasehold in 1914 to the brewer Stephen Morell. During Morell's tenancy the hotel absorbed another of the former stores extending west along Flinders Street. In 1921 the freeholder united all the previous perimeter occupancies to form one large hotel facade. The architect of this work was the hotel specialist Richard B Whittaker. The red glaze tile dado and ornamental frieze was added to combat the grime at ground level. The streetscape of the hotel is dominated by large advertising signs fixed to the exterior, a feature of the hotel since the 1920s.

Young and Jackson?s Princes Bridge Hotel is of historical significance to the State of Victoria.

Young and Jackson's Princes Bridge Hotel is socially significant as one of the most famous pubs in Australia. It is one of the international symbols of Melbourne and the hotel retains its status as a pub destination for tourists and for ex-servicemen who were based in Melbourne during the Second World War. The hotel is a prominent Melbourne landmark on the Flinders Street and Swanston Street intersection and retains a close relationship with Flinders Street Railway Station located opposite.