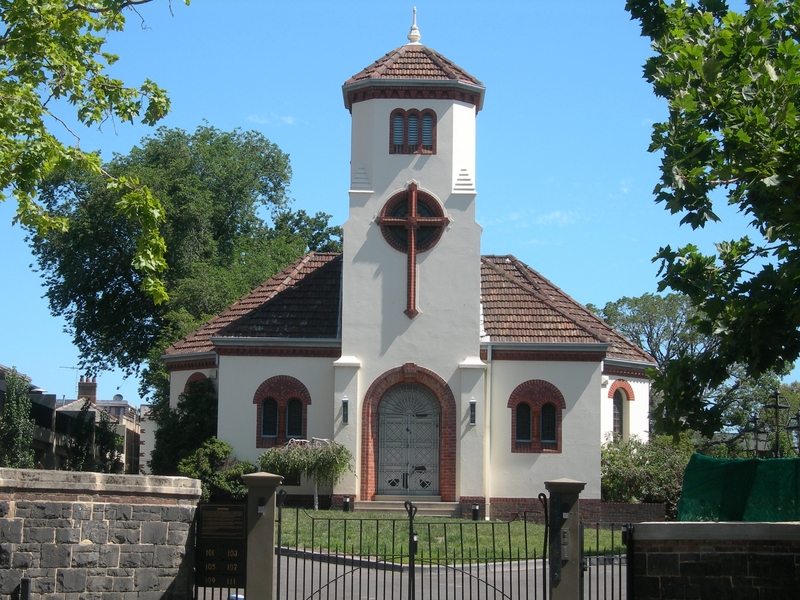 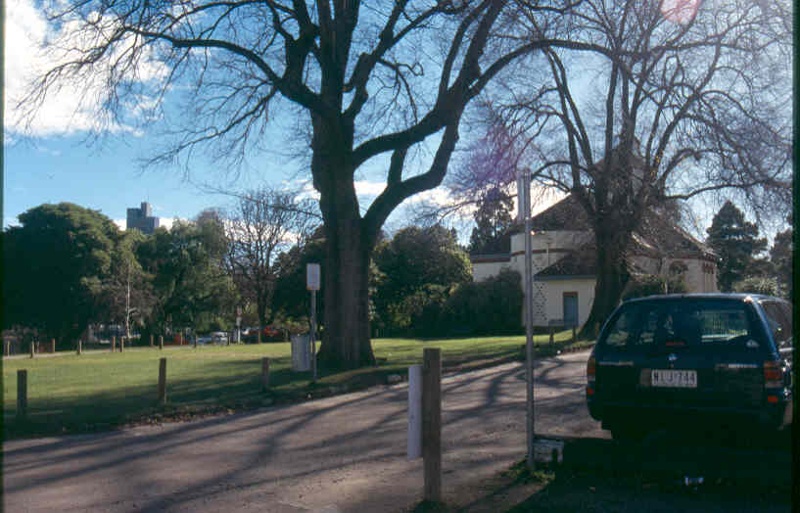 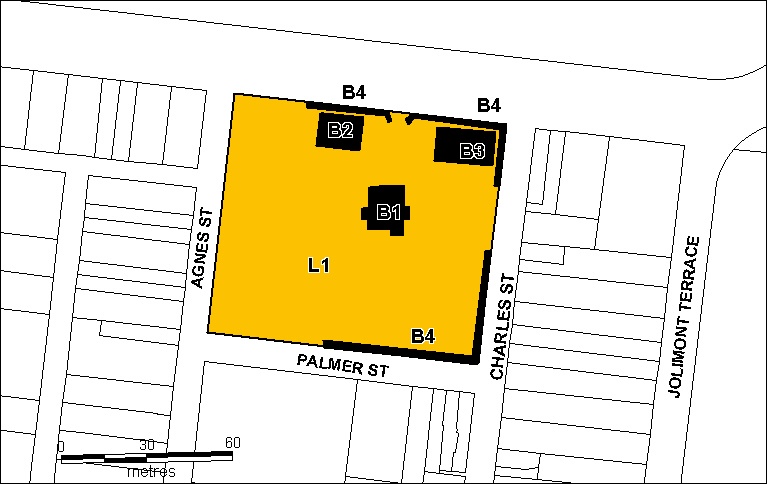 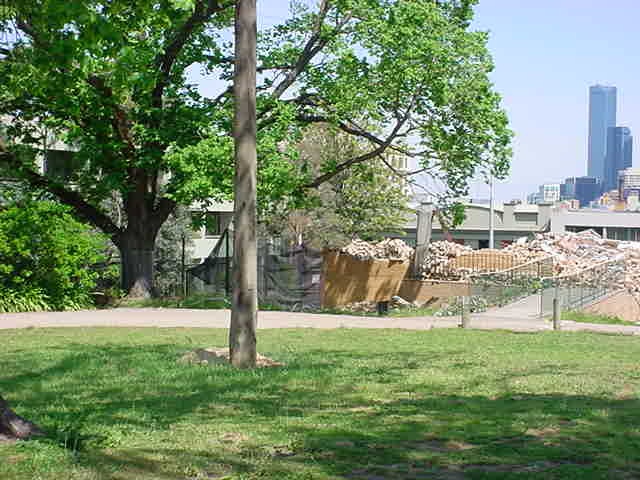 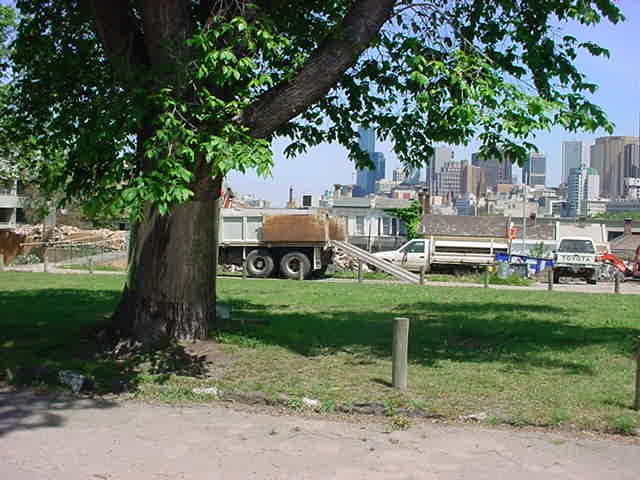 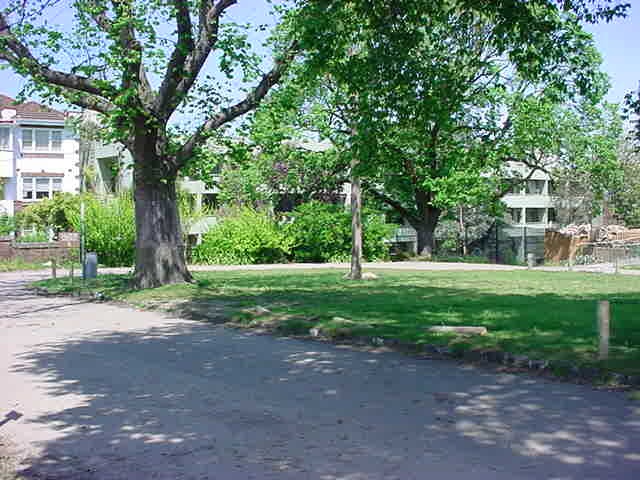 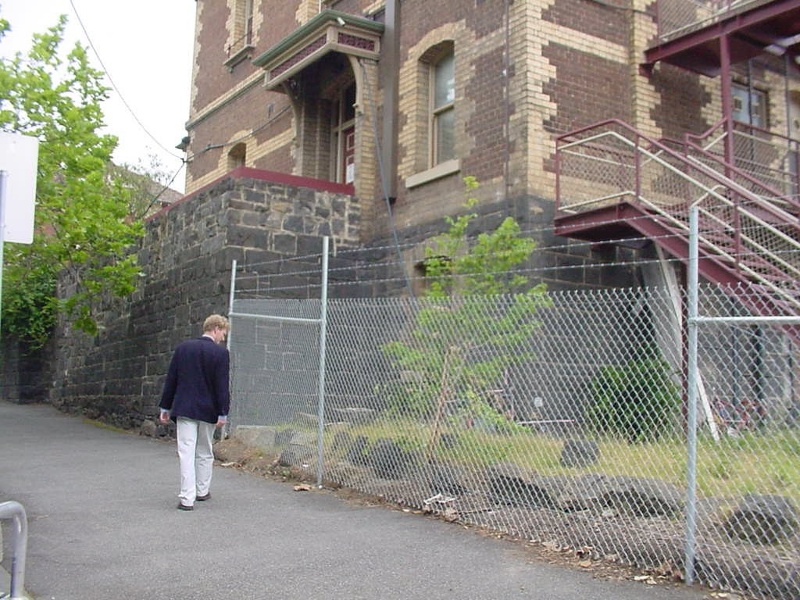 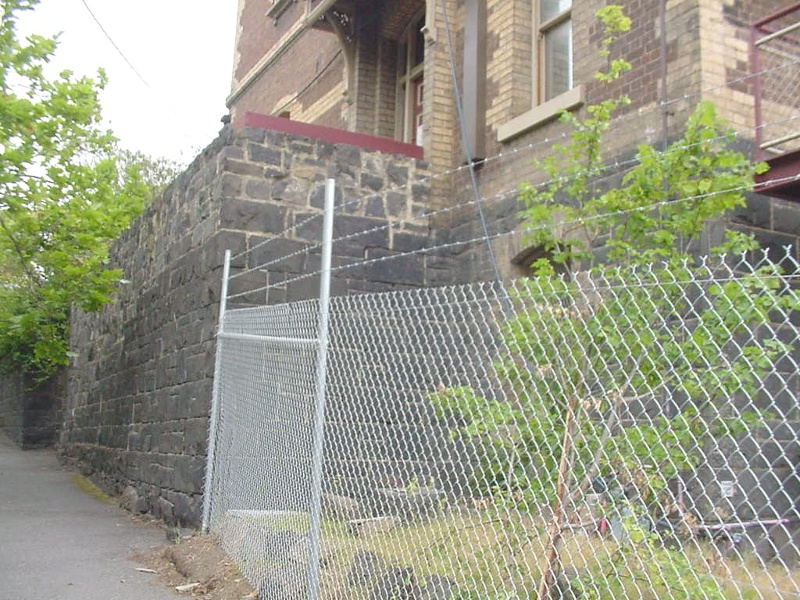 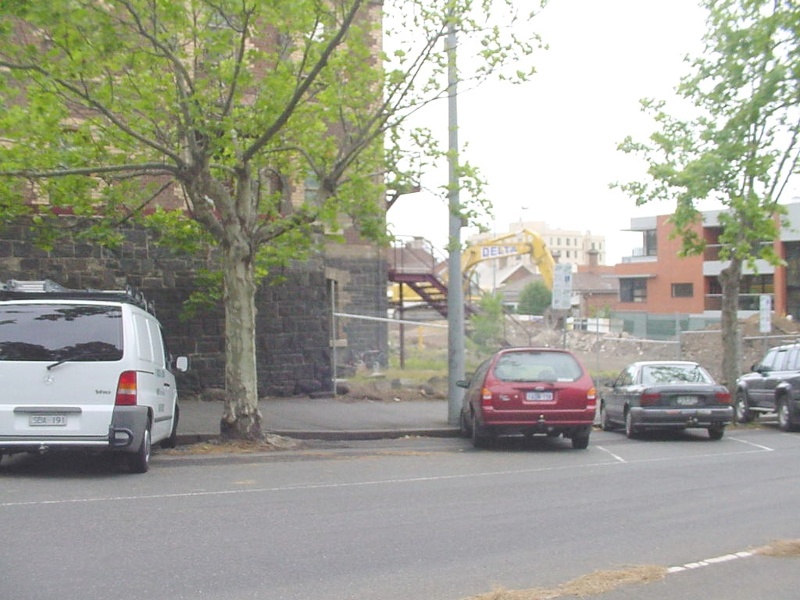 What is significant?
Jolimont Square in East Melbourne is bounded by Wellington Parade South, Agnes Street, Palmer Street and Charles Street. The Square, two acres (0.8ha) in extent, was established after the subdivision of the larger Jolimont Estate owned by Charles La Trobe, former Superintendent and Lieutenant Governor of the Port Phillip Colony, later Victoria, from 1839 to 1854.

La Trobe left the colony in 1854. His agents were instructed that before any portions of the Estate were sold or leased, regard should be given to the most judicious and advantageous mode of laying out and subdividing the plot. The Estate, in fact took some years to be sold in full, but Sir James Palmer acquired the first lot, located immediately to the north of La Trobe?s former residence, Jolimont House.

Palmer's plan involved laying out house allotments around a central driveway and garden. He erected five two storey prefabricated houses in the Square by 1859. The last of these houses was removed in the 1960s by the Adult Deaf Society of Victoria, who had acquired the site in 1924 for use as an institute, hostel, secondary college and recreation facilities.

Jolimont Square is enclosed partly on three sides by a bluestone and brick wall. The wall is stepped, reflecting the sloping nature of the site, and has two stepped entrances off Palmer Street. The Square retains an axially arranged central garden now planted as a lawn, running north-south almost the entire depth of the Square. The garden is completely surrounded by a circulating driveway which retains faithfully the layout of the original plan.

Two English Elms (Ulmus procera) are located on the west side of the lawn. It is clear that these survive as evidence of a larger scheme of dense planting in the garden before the 1920s. The large elm by the west bluestone steps complements the others and is an important tree in the landscape, but was clearly planted later.

Notable buildings in the Square are the two residences flanking the entrance gate and a chapel. 'Mornington' is a two storey residence with basement, built in bi-chromatic brickwork and erected in 1869. 'Redcourt' is a Federation period two storey residence with an impressive interior decorative scheme. The interdenominational chapel was designed by architects Gawler and Drummond for the Adult Deaf Society. It was completed in 1930 in an unusual Romanesque style, although on a much reduced scale from the original design.

Gawler and Drummond designed a comprehensive plan for the development of the Square for the Adult Deaf Society, but only the chapel was constructed. Several other modern buildings have since been added to the site by the society but are not recognised as adding historical significance to the site.

How is it significant?
Jolimont Square is of historic and aesthetic significance to the State of Victoria.

Why is it significant?
Jolimont Square is historically significant as an early subdivision in Melbourne, unique in its concept and layout, and tangentially as the largest extant remnant of La Trobe's Jolimont Estate. The surviving residences, each of architectural interest, are evidence of the subsequently residential use of the Square until the site was occupied by the Adult Deaf Society. Mornington, the 1869 residence, is an early example of well resolved bi-chromatic brickwork, and has unusual curved bays for the ground floor windows. Redcourt provides character of a later period and its form is in part explained by the fact that it was physically linked to one of the prefabricated houses built when the Square was established. The interdenominational chapel, built for the deaf, is architecturally unusual for its styling and its centralised octagonal plan. It is the most notable of the buildings constructed during the ownership of the Adult Deaf Society and contributes to an understanding of the history of the site.

Jolimont Square has aesthetic significance for its landscape layout. The simple scheme for a private residential square with a central landscaped garden and private circulating driveway is unique in Melbourne for this period. The layout predates the much larger and more sophisticated development in St Vincent?s Place, South Melbourne, which was in multiple ownership and fronted public streets. The walled enclosure enhances the sense of a private residential urban square, and is a key component of this development. Whilst no trees have individual significance, the surviving plantings contribute to the landscape significance and are evidence of a conscious design for the Square. The two English Elms (Ulmus procera) on the central garden lawn are of landscape value and frame an important area of open space.