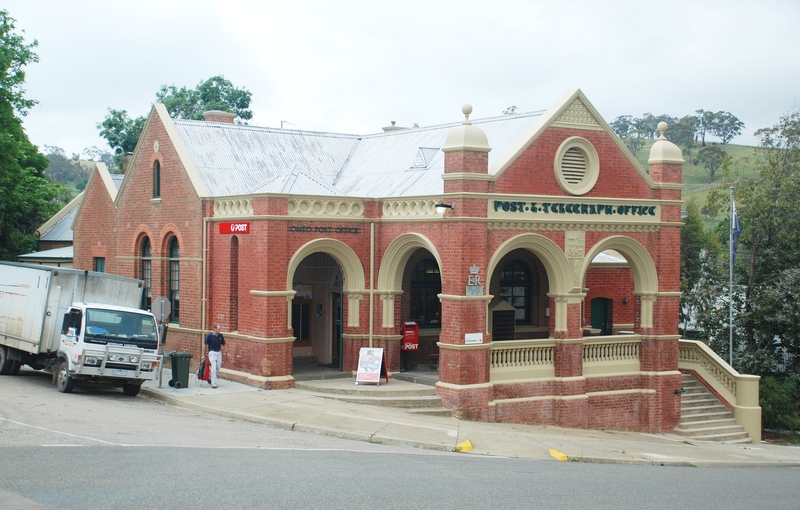 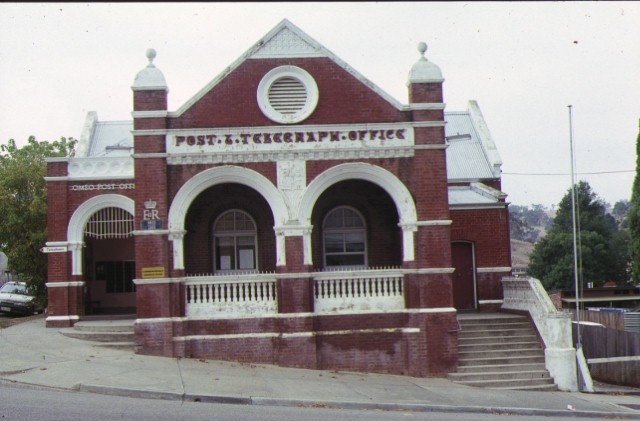 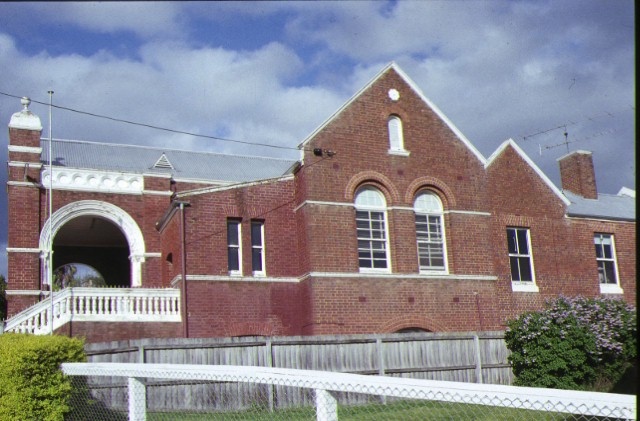 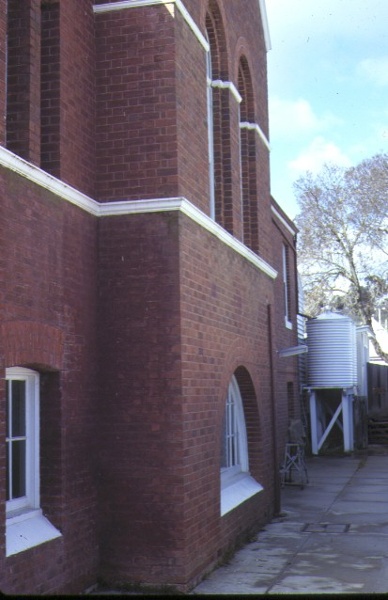 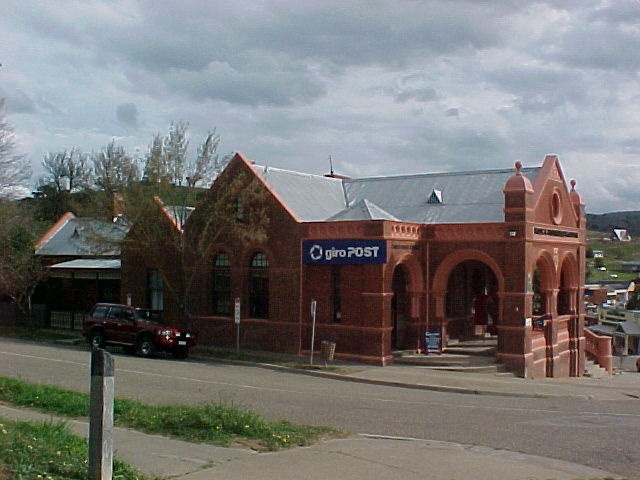 Omeo post office was constructed in 1890 to designs prepared by the Public Works Dept ( the drawings were executed by A J MacDonald and authorised by JT Kelleher ) it is a single storey post office with a partial lower ground floor level, originally consisting of a post office at the front and post master's residence of 3 bedrooms, lounge, hall, dining room, kitchen and bathroom at the rear. The building is considered to be significant as a fine example of Scottish baronial revival architecture as developed, purportedly by AJ MacDonald in the public works dept in the late 19th century. Other buildings claimed to be by this architect include the former south Yarra post office and the Bairnsdale and Yarram court houses. The style adopted contemporary ideals of an Australian nationalism as well as exhibition the influences of the Scottish baronial style and references to the American Romanesque. The building includes several interesting original internal
elements most notably the pair of arches framing the main counter.
Show more
Show less
All information on this page is maintained by Heritage Victoria. Click below for their website and contact details.