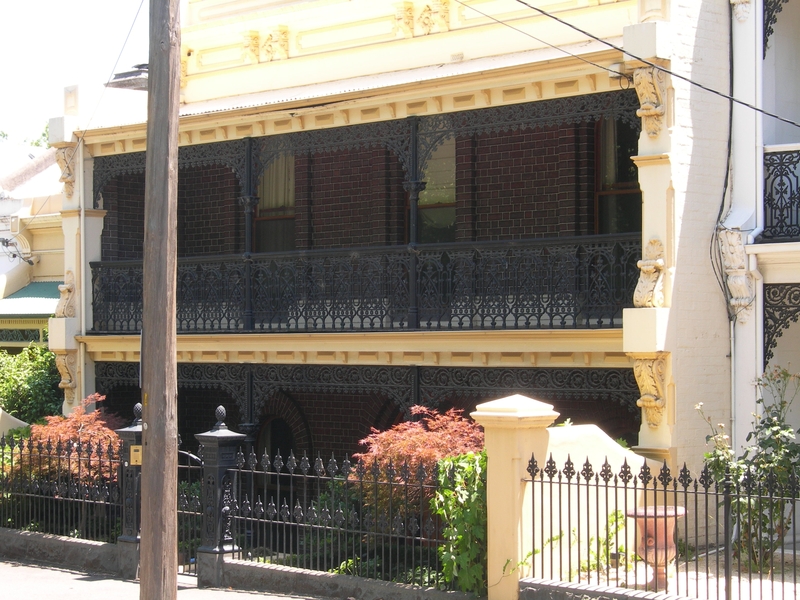 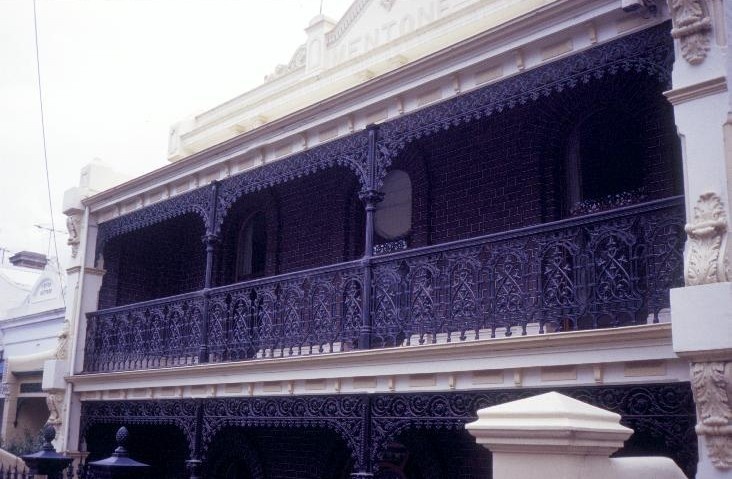 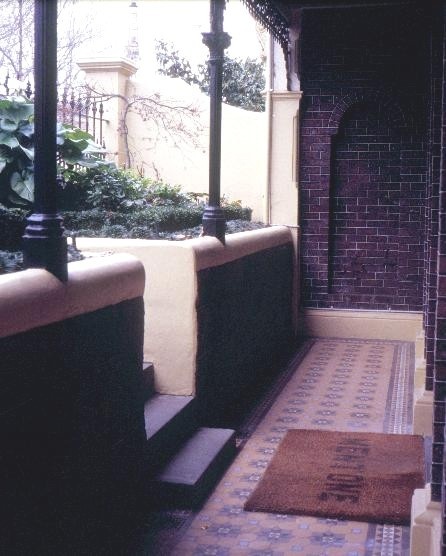 This building was constructed by Mr Kennedy for Michael Morgan in 1885. Although painting of the original dark brick facade has substantially altered the appearance of this terrace house, it is still imposing for its width, decorative cast iron, and double brick borders to the arched window and door openings. The semi-basement appearance is due to the fall of ground towards what used to be a creek, now covered in Ievers Reserve.

The cast iron balustrade is of a particularly fine and delicate pattern, and is complemented by the frieze iron to the ground and first floor balcony which is supported on brackets. The iron fence and gates are a recent and appropriate replacement. The other notable features are the large triangular dentillated nameplate with flanking scrolls, the three elaborate unpainted chimneys, the timber doorway with etched side and transom lights, and the encaustic tiles of the verandah.