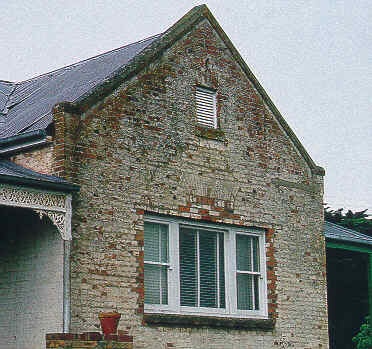 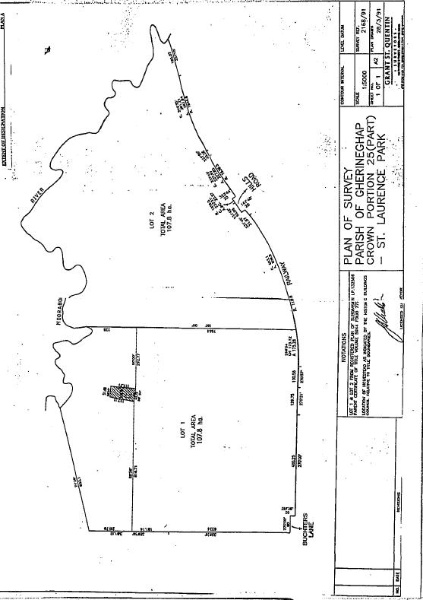 Work on the Laurence Park homestead commenced in 1845 for Dr John Learmonth (1812-1871), the son of the pastoralist Thomas Learmonth (1783 - 1869), following the destruction by fire of an earlier 1842-43 homestead. The site in Crown Portion 25, Parish of Gheringhap, was part of several large parcels of land owned by the Port Philip Assocation, purchased for the famous Clyde Company. This company was formed in Tasmania with Scottish backing and
occupied the Moorabool Valley above Batesford early in 1836.

John Ritchie built Laurence Park on land purchased from the Port Philip Association by Thomas Learmonth and conveyed to his son in 1845. The homestead was named after Thomas Learmonth's former holding near Falkirk. Laurence Park was sold by John Ritchie in February 1867 to George Hope for 6186 pounds. Five months later he sold it to George Hill for 5913 pounds. The Hill family arrived in Batesford in 1854. The Hills, who have owned the property from the late 1860s until the present time, are responsible for all the post - 1860s alterations and additions.

Laurence Park is an h-shaped colonial vernacular building with gabled roofs. The earliest part is brick, that is, the north wing and middle section of the H. The south wing constructed in the 1860s is of random rubble. There are verandahs on the north and east sides. The house has been altered over the years and little remains internally of the original features. The only section in original condition is the uppper level of the stone wing. A steep, narrow timber stair leads up to it. The overall condition of the building could be described as good, although the soft early bricks are deteriorating at floor level.

Laurence Park homestead has both architectural and historical significance:

1. It is one of the earliest surviving buildings in the Geelong region, work on it having commenced in 1845 for Dr John Learmonth following the destruction by fire of an earlier 1842-43 Homestead.

3. It has significant association with the early history of the Geelong area as an important pastoral region when its site, along with other large tracts of land, was owned by the famous Clyde Company and then the Port Philip Association.

4. From the 1840s the property was significant associations with the early pastoral enterprise of the celebrated Learmonth family and particularly with Dr John Learmonth (1812-1871), the son of Thomas Lerrmonth (1783 - 1869).

5. Laurence Park has been in the ownership of another Scottish family, the Hills, from the late 1860s until the present time, the Hills being responsible for all the post1860s additions.