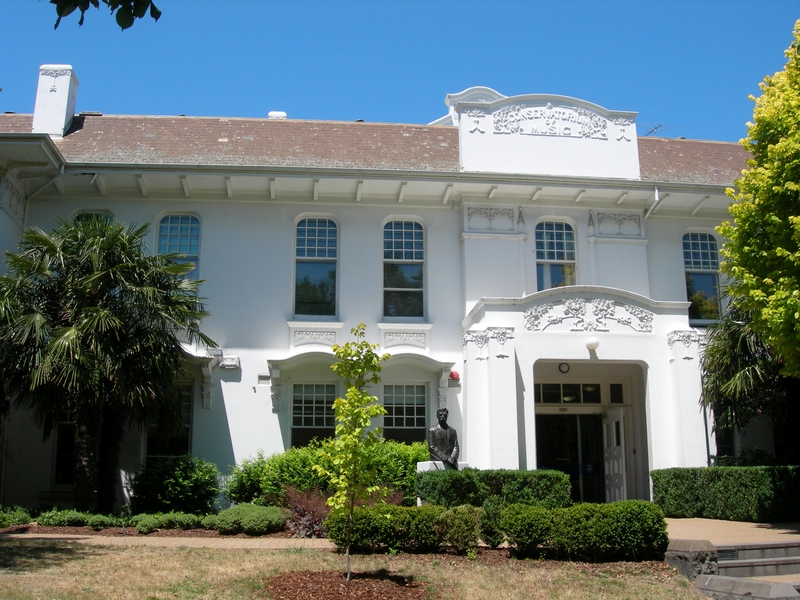 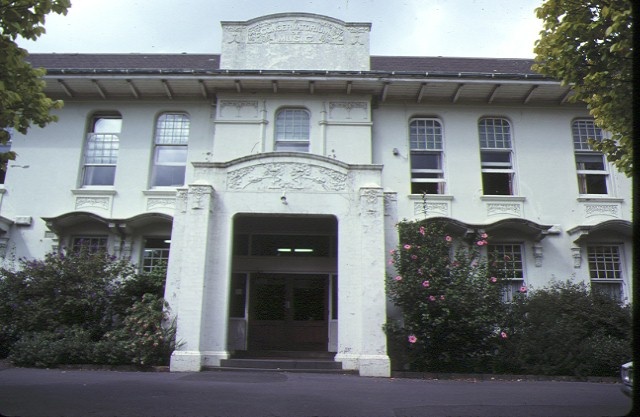 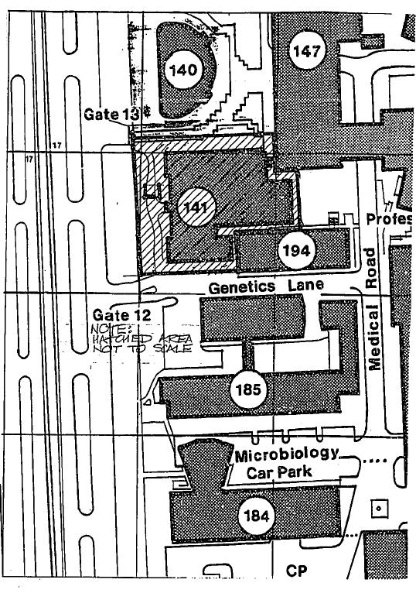 The Conservatorium of Music was established in 1895 and run by Professor Marshall Hall in rented rooms in a building opposite Carlton Gardens. Later the Conservatorium was moved to the grounds of the University of Melbourne and located in a purpose-built building. The first stage was erected in 1909 and opened in April 1910. The two storey rendered brick building was designed by architects Bates, Peebles and Smart and the contractors were Swanson Brothers. Dame Nellie Melba laid the foundation stone. Melba Hall was completed in 1913 to designs by the Public Works Department, and two later wings, the north Tallis Wing in 1927 and the Marshall-Hall Wing in 1935 were added by university architects Gawler and Drummond. The additions were in a matching style to complete the original design symmetry. The additions were made possible by the continuing support of benefactors such as Sir George Tallis, and Mrs Herbert Brookes, the daughter of Sir Alfred Deakin.

The white stucco walling is shaded by the wide eaves of the slate roof and contrasts with the terracotta, patterned gables. The building has wide projecting eaves in the manner of English domestic architecture of the period. The shaped eaves brackets, ground floor window hoods, tile faced gables and Art Nouveau decoration of clover, cress and gumnuts ornament the facades. The windows are one multi-pane sash over a single pane lower one. The projecting porch and parapet in the centre of the main west facade is in the Free Style manner and contains the foundation and memorial stones. The interior is sparsely detailed and the Melba Hall has a barrel vaulted ceiling. Melba Hall was renovated in the 1980s.

The Conservatorium of Music and Melba Hall is of historical, social and architectural significance to the State of Victoria.

The Conservatorium of Music and Melba Hall is historically significant as the first facility of its kind to be established by a university in the British Empire. The Conservatorium of Music building, begun in 1910, reflected the public support and acclaim achieved at that time in Victoria, having overcome considerable early prejudice towards a university-based school of music. Its success in receiving government funding was a measure of the school's ability in being self funded since its inception.

The Conservatorium of Music and Melba Hall are historically significant for their association with Dame Nellie Melba who, despite a relatively short period of involvement in the school, was actively involved in the school's activities during its critical period of physical development, and was instrumental in raising funds to build the hall that bears her name.

The Conservatorium of Music is socially significant as a focus of musical education in Victoria, a role which it continues to this day. Regular concerts were conducted by the Conservatorium's students, which together with the school's ability to attract musicians of international standing, played an important part in stimulating Melbourne's cultural life. The Conservatorium's teaching facilities were also extended to working people through the Workers' Education Association and state schools around Melbourne.

The Conservatorium of Music and Melba Hall is architecturally significant as a fine and unusual example of Edwardian design in Victoria. The Conservatorium of Music is an important early twentieth century building in Victoria, illustrating a fusion of Art Nouveau detailing with an otherwise traditional classically derived building form. The building is also an interesting example of the influence in Australia of English architecture of the 1890s and 1900s. Although details of the facade are an Art Nouveau reflection, the building is an original design expression which may be seen as part of the recurrent search for an indigenous architecture style.