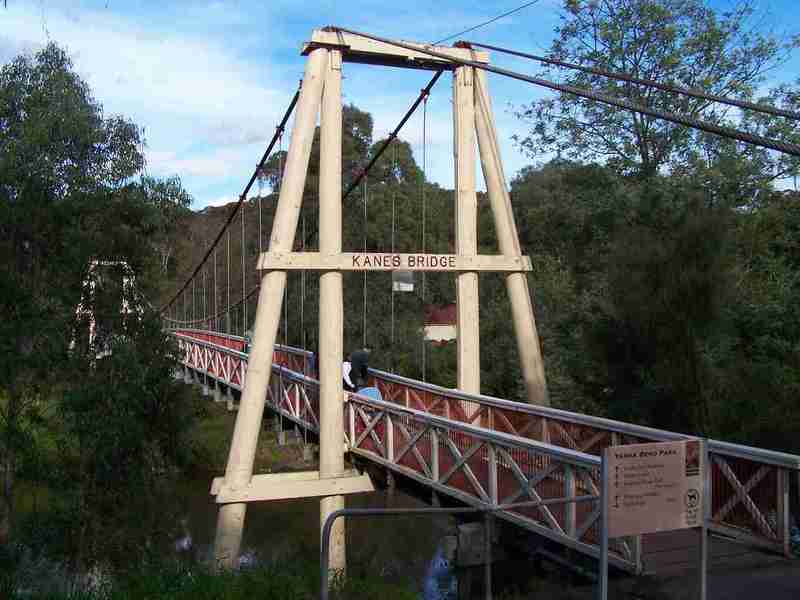 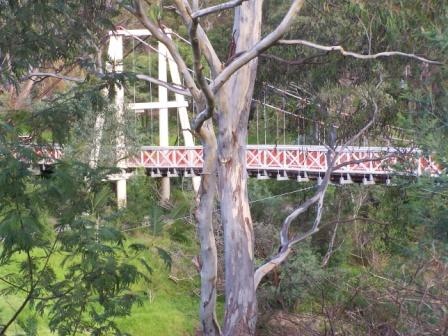 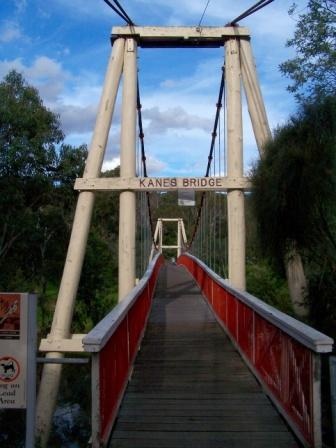 In 1928 a footbridge was erected to link Kew with the public golf course across the Yarra. The total cost of construction came to ₤250 and the bridge became known as Kane's Bridge. During the 1934 floods the bridge was washed downstream, and was subsequently rebuilt.

The present form of the bridge resembles the earlier bridge which crossed from the Yarra Bend Asylum to Kew, further upstream.

Kane's Bridge is a pedestrian single-span suspension bridge over the Yarra River, connecting Studley Park with Yarra Bend Park. The suspension towers on either side are timber trestles, constructed of undressed log posts. The deck is suspended from steel tensioned cables hung from the towers, and has timber cross-patterned balustrading.

Kane's Bridge, Fairfield is of local architectural significance and local historical interest. The bridge was constructed to serve the recreational needs of the public, and is part of a long standing tradition of such activities. Kane's bridge is one of three suspension bridges crossing the Yarra River, the others being the Odyssey House Suspension Bridge, also a pedestrian bridge, constructed in 1955, and the Westgate Bridge, constructed in the 1970s. The bridge is a picturesque element in the Park.