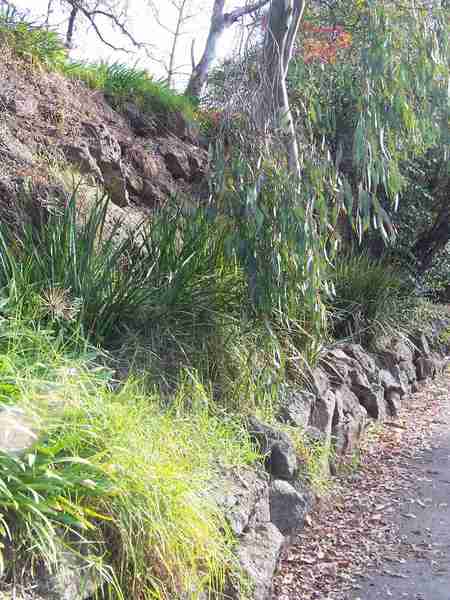 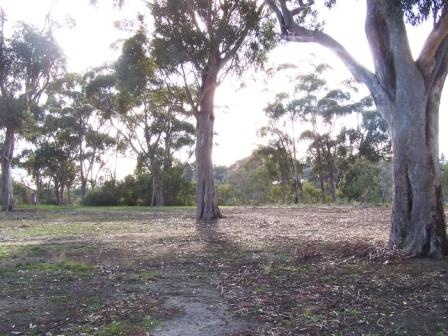 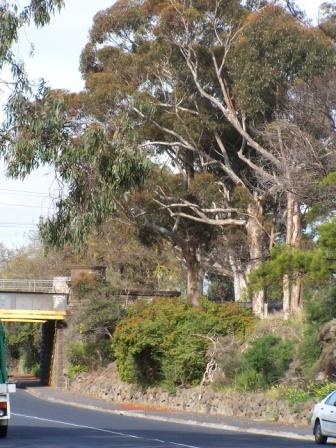 Richmond Park, Burnley Park, and Yarra Boulevard are significant. The significant features are:

. The mature trees, planted before 1945. They include Cedars (Cedrus sp.), Conifers (Cupressus sp.), Dutch Elms (Ulmus x hollandica), Oaks (Quercus. sp.), various palms including Canary Island (Phoenix canariensis), Washingtonias (Washingtonia filifera and Washingtonia robusta) and Chinese Windmill (Trachycarpus fortunei), Pines (Pinus sp.), and Sugar Gums (Eucalyptus cladocalyx). Of particular note are the mature elms in the north section of the park and adjacent to Yarra Boulevard that appear to be remnants of the Dutch Elm avenue originally established c.1870s, the mature Sugar Gums in the Circus Site, Golf Course and Kevin Barlett Reserve, and the group of palms at the east corner of Swan Street and Park Grove.

. The hard landscaping associated with the construction of Yarra Boulevard including lava rock garden bed edging, random rock retaining walls, low walls/fences, planters and steps, generally located along the sides of Yarra Boulevard and in various locations throughout the park.

. The layout of paths in area to the north of Burnley Ovals, which date from prior to 1945.

The following places and features are Individually Significant and have their own statement of significance:

The following trees and features are Not Contributory:

. The railways and roadways (with the exception of Yarra Boulevard),

. Trees and soft and hard landscaping established after 1945,

. Modern park furniture including seating, bbqs and the like, and

Richmond Park, Burnley Park, and Yarra Boulevard are of local historic and aesthetic significance to the City of Yarra.

It is historically significant as one of the oldest reserves in Victoria and demonstrates how large areas of land were set aside for parkland as part of the first surveys of Melbourne. The surviving nineteenth century fabric including the buildings and plantings associated with the Horticultural Society gardens, the remnants of the Dutch Elm Avenue, mature Sugar Gums and the park keeper's cottage are of particular significance as evidence of the development of the park during the nineteenth century. (Criterion A)

It is significant as an example of the large informal reserves created during the nineteenth century park, that contain sections of naturalistic landscapes with remnant indigenous vegetation combined with introduced plantings and hard landscape elements. (Criterion D)

It is historically and socially significant as the oldest park within Richmond and as a place of passive and active recreation that has been in continuous use for over 150 years. (Criterion A & G)

Yarra Boulevard is historically significant as an example of the major public works projects undertaken to provide unemployment relief during the Great Depression. It is an example of the roads constructed along 'scenic' routes during the interwar period and is associated with the increasing use of private motor cars for sightseeing and leisure. (Criteria A & D)

Aesthetically, it is significant for its semi-naturalistic and highly picturesque landscape, which combines remnant indigenous trees with semi-formal plantings of exotic species. Yarra Boulevard is notable as a fine example of an interwar public landscape with a distinctive character created by the rock walls and garden edging, and mature exotic trees and shrubs. (Criterion E)