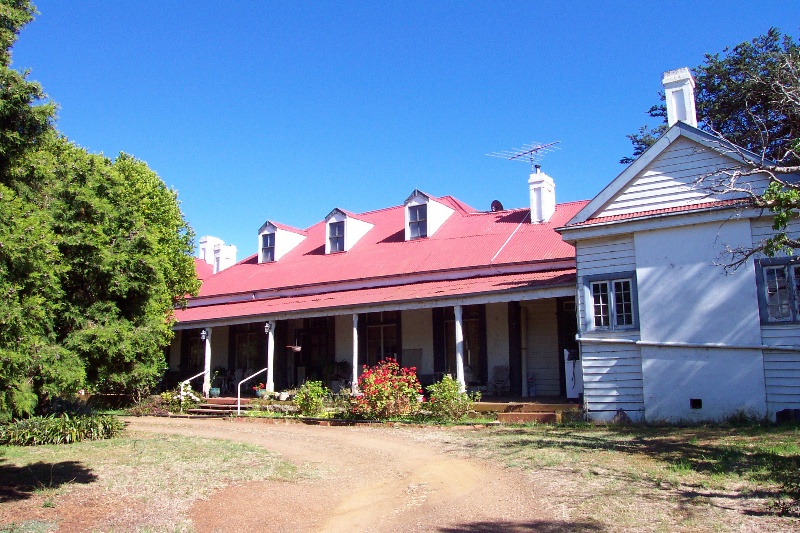 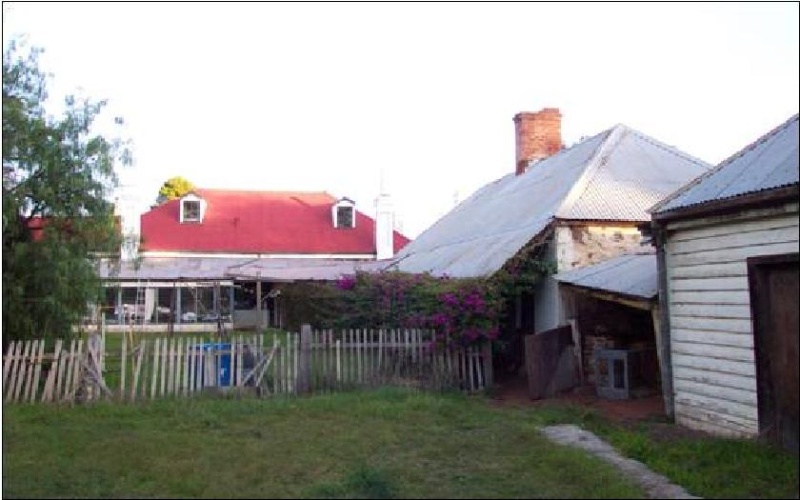 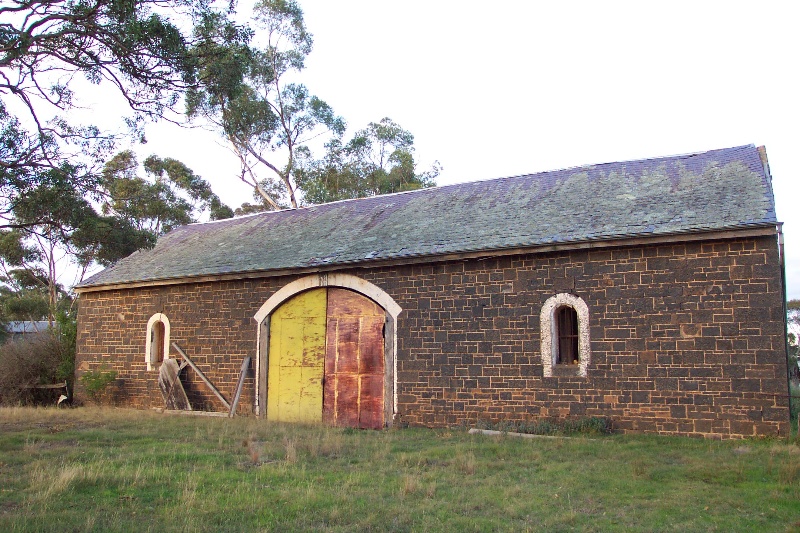 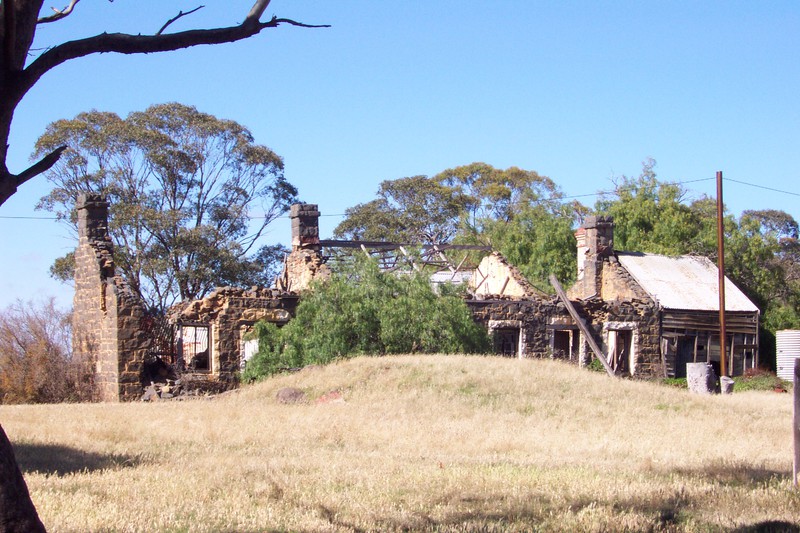 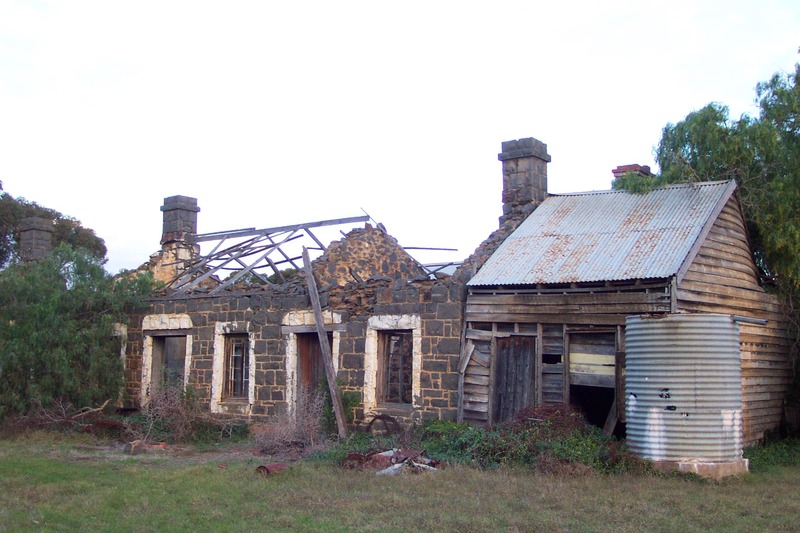 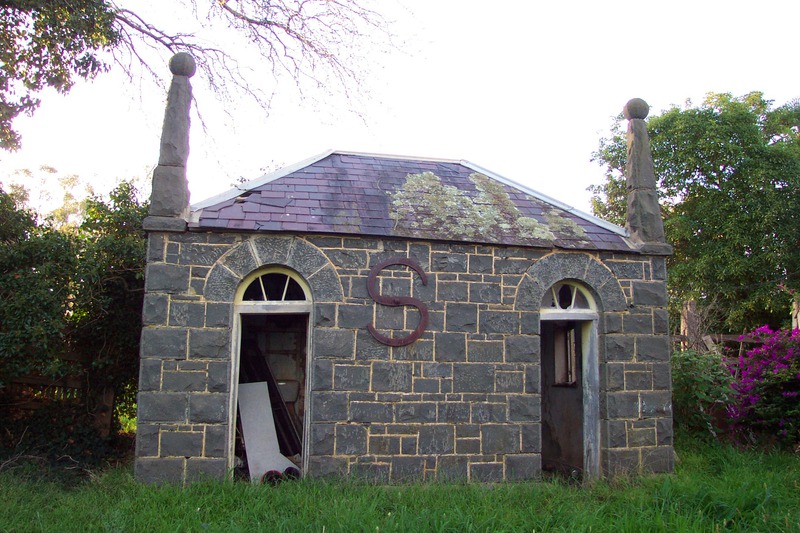 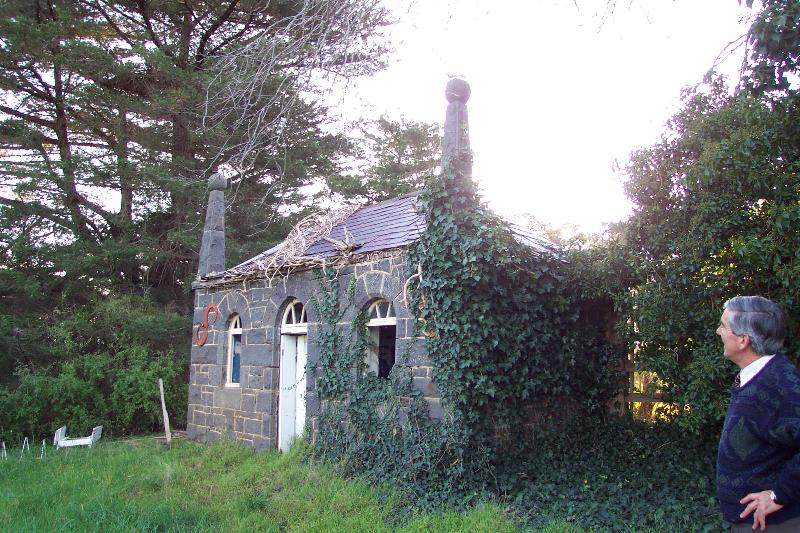 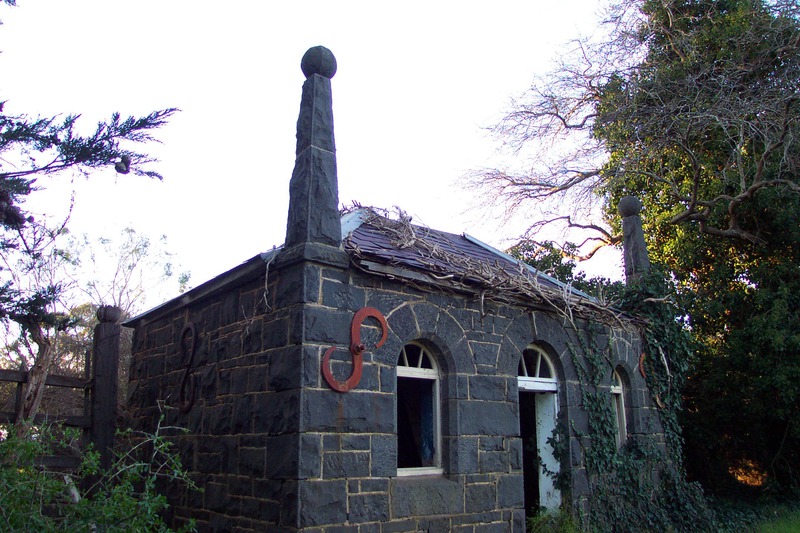 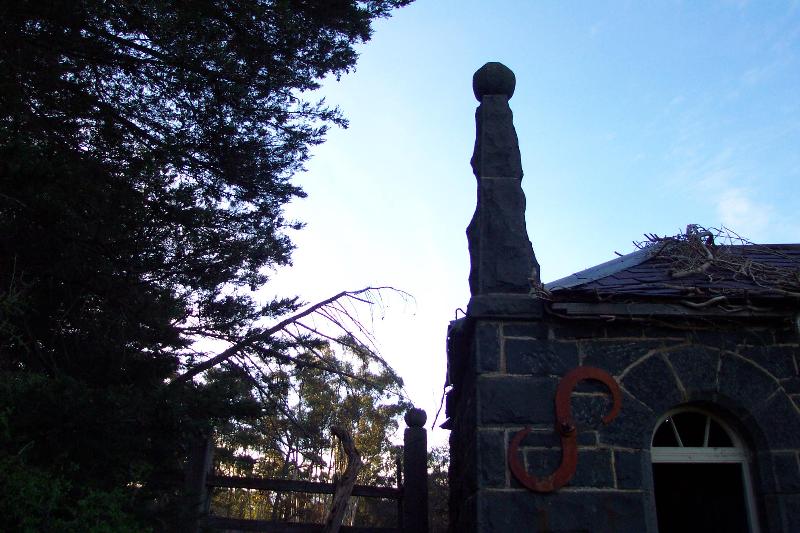 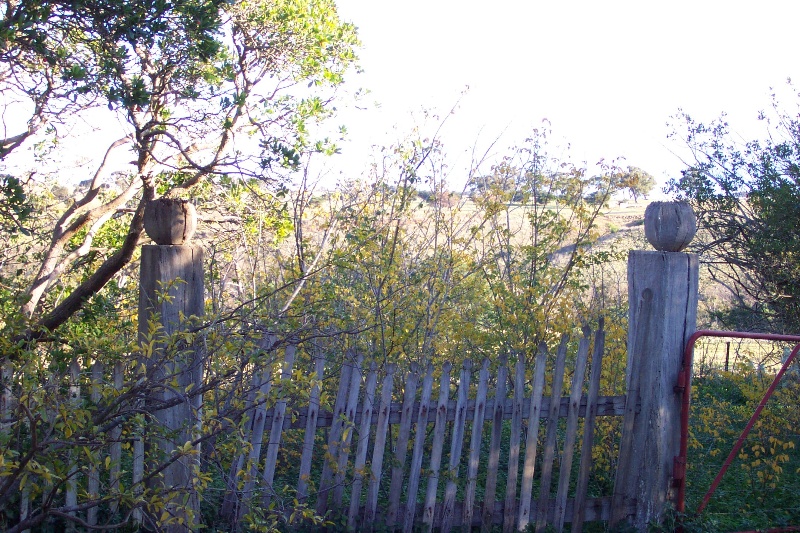 Exford, Exford Road, Melton South, is of State heritage significance as one of the earliest surviving residences in Victoria. It is also of great importance and rarity due to its vernacular construction in pise de terre. This homestead is part of a significant complex which includes early and notable bluestone structures, in varying conditions, ranging from a large utilitarian coachhouse, small ornamented lodgings, a terrace containing servants quarters and blacksmith, and distinctive early fences. Overall, the complex constitutes a cultural heritage precinct of very high significance in an equally significant cultural landscape.

Exford, Exford Road, Melton South, is architecturally and aesthetically significant at the State level (AHC E1). The homestead is of immense architectural importance due to its age and its vernacular construction in pise, surviving examples of which are very rare. The oldest, central part of the homestead is thought to date from c.1843 and is constructed of pise within a framework of corner tree trunks, over a stone cellar. An attic within the hipped roof (originally shingle clad) incorporates dormer windows that were added later. The homestead has had several additions, the latest being the 1920s billiard room, which contribute to its significance. A rendered rubble and pise kitchen and store building behind the homestead features timber shingles under later corrugated iron, and is likely to date to the same period as the original homestead. The complex also features a collection of 1850s era bluestone buildings. Two small cottages are distinctive and important examples of the rare picturesque Gothic style; their distinguishing features include round arched windows and doors, fan lights, and tapered bluestone pinnacles adorned with orbs. The orb is also the identifying feaure of the 'Staughton' timber fence and gate posts which were placed regularly along the Exford pastoral estate boundaries. These have now virtually disappeared from across the wider Exford station, so the considerable collection of these posts on the homestead complex, of durable local grey-box, and dating to the fencing of the station probably in the 1850s, is extremely significant. A similar design on the bluestone woolshed, now on an adjacent property, has bluestone pinnacles surmounted by fleur-de-lys in the place of orbs. Another semi-ruinous small bluestone building in the former orchard paddock has the quality of a folly, with picturesque details including pointed stone arch windows. A very large stone coachhouse, with the date 1856 inscribed above the central door, has Romanesque style arched openings, and a rear skillion addition that was formerly a dairy. A ruinous bluestone terrace comprising workers quarters and a blacksmith is a very rare type of rural building. The complex also includes:- a weatherboard meathouse; a saddlery with later garage, part of which is of primitive vertical slab construction; a weatherboard stable; and a mid twentieth century weatherboard shearing shed. Two very large underground water tanks, with timber gable roofs, survive; they appear to have been renovated over time. To the south of the homestead, extending down to the river flat, is a rectangular paddock of approximately three acres which was a former orchard or garden. It is defined on the north and west sides by a rare, perhaps unique, style of fence which comprises a quarried stone base with mud mortar, and tall pickets atop. This enclosure is also defined by remnant rows of mature exotic plantings, primarily Aleppo pines (Pinus halepensis) on the west, pepper trees (Schinus molle) on the south, and Monterey pines (Pinus radiata) on the east. Other mature exotic trees include cypress, fig, and mulberry trees, particularly near the homestead. The complex retains a number of original or early internal building fittings and equipment, including ovens, remains of a blacksmith bellows, line shafting in the coachhouse lean-to, and timber wall fittings in the 1920s billiard room; there are likely to be other early or significant furnishings and fittings in the homestead, woolshed and other outbuildings. The homestead setting is integral to the significance of the place, and sets it apart from most comparable heritage places in Victoria. The homestead is situated on a picturesque bluff, enabling it to take advantage of the views over the Werribee River near its junction with Toolern Creek. The prime qualities of this site were recognised in 1841 when it was designated as the village reserve for the district; it appears also to have been selected as a dwelling site prior to the arrival of Simon Staughton. This crucial undeveloped area south and west of the homestead preserves the view from the homestead across the Werribee River, and enhances its setting. It also enables the key elevation of the homestead complex to be seen and appreciated in its rural landscape context from surrounding points including Exford Road and the Melton Reservoir park. Remnant native vegetation and exotic vegetation associated with the homestead are integral to this landscape setting.

Exford, Exford Road, Melton South, is historically significant at the State level (AHC A4, B2). Dating from c.1843, the homestead is one of the earliest surviving residences in Victoria. Exford station was a vast pastoral run of some 70,000 acres acquired by pastoralist Simon Staughton in 1842, and increased significantly by him as freehold became available in the 1850s. Staughton was also a Melbourne banker and prominent land investor whose property portfolio included hotels such as the Exford in Melbourne, the Prince of Wales in St Kilda, and the Steam Packet in Williamstown, as well as premises on Staughton Place in Melbourne, the Eastern Arcade, and the land upon which a beneficiary of his estate built the Royal Arcade. Exford also has strong historical associations with the pioneering of the Melton district. It was the first of the numerous large pastoral estates, some with mansions and grand homesteads, established by Staughton's descendents within the Shire, including Eynesbury, Nerowie, and the former Brooklyn. Members of the Staughton family were leaders in the political, social, sporting and religious life of the district. While the homestead is early and thus comparatively restrained architecturally and in size, the prime siting and substantial size of the complex conveys the former size and wealth of one of Victoria's larger pastoral runs, situated on rich volcanic plains near to Melbourne. Early fences on the complex may be associated with an Aboriginal clan who lived and were employed on the property, and some of whom were buried there. The extensive collection of 1850s bluestone buildings is expressive of the prosperity and development of Exford in the wake of the gold-rushes. The dominance of Melton municipality by Exford and several other large pastoral estates in the nineteenth century increasingly became a source of grievance to local farmers, and contributed to the break-up of these estates in the early twentieth century. Share farming was practised on Exford at the close of the nineteenth century, and in the early twentieth century Exford became one of the Victorian Closer Settlement Board's high profile estates. Its subdivision into farms contributed to the growth of the nationally significant Melton chaff industry in the early twentieth century, and stimulated the construction of new community facilities and infrastructure, such as roads, bridges, a school and a hall. The mid twentieth century timber shearing shed on the property is expressive of the rural investment which resulted from the 1950s wool boom.

Exford, Exford Road, Melton South, is scientifically significant at the State level (AHC C2). It is an extensive complex which includes rare and significantly intact buildings and structures that have potential to provide information and education regarding early skills and materials, and the operation of an early pastoral estate in Victoria. An area of broken crockery and bottles may mark the location of huts shown on early 1850s plans which may pre-date the Exford homestead. The ruinous c.1850s bluestone terrace includes a blacksmith which has design features and artefacts with potential to provide information regarding blacksmithing and the management of an early pastoral estate. Fences and remnant stone walls have the potential to provide information regarding former pastoral property management, early skills, and relationships with Aboriginal people in the contact period.

Exford, Exford Road, Melton South, is socially significant at the Local level (AHC G1). The homestead is widely recognised as the earliest building within the municipality; the broader complex is a substantial and prominently located landmark within the municipality. The Staughton family is commemorated in the town of Melton by the Staughton Memorial Lamp and fabric from the original Christ Church Anglican church. Graves of Aboriginal people may survive on the property, although possibly now flooded by the Exford reservoir.