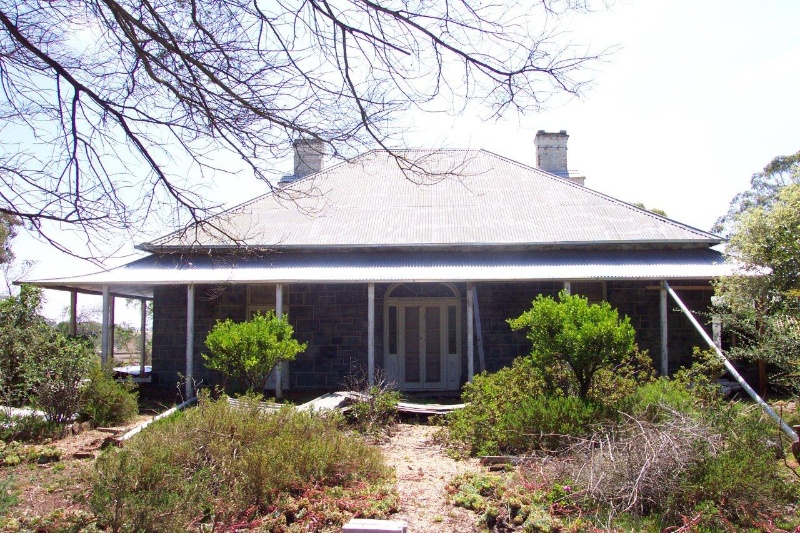 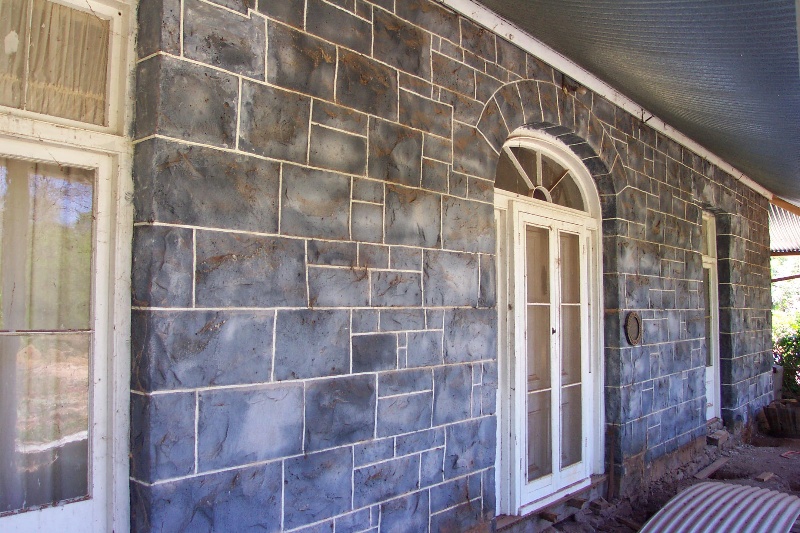 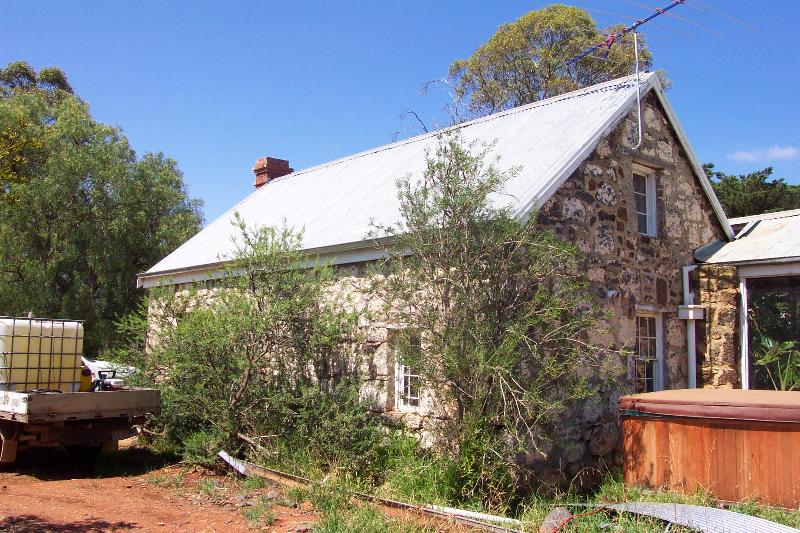 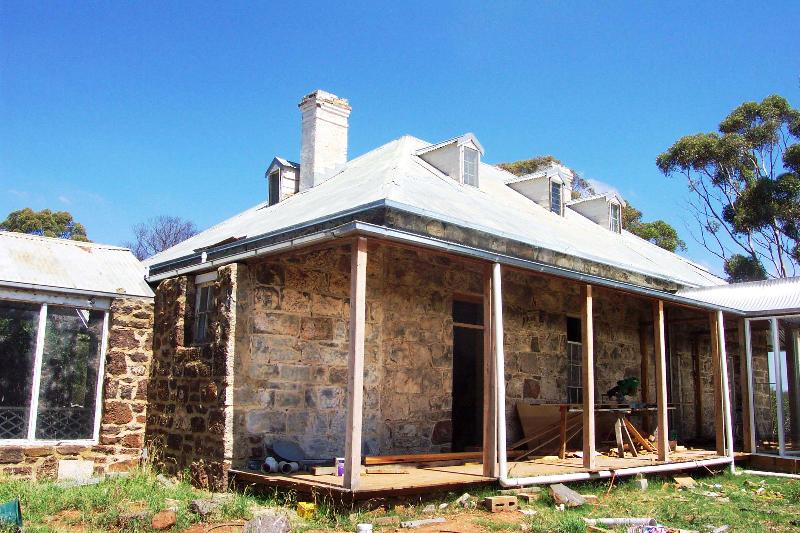 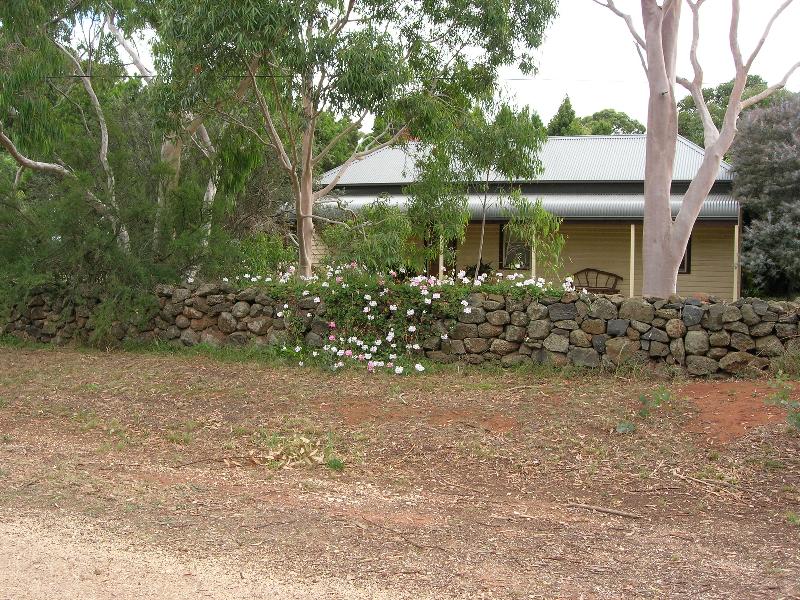 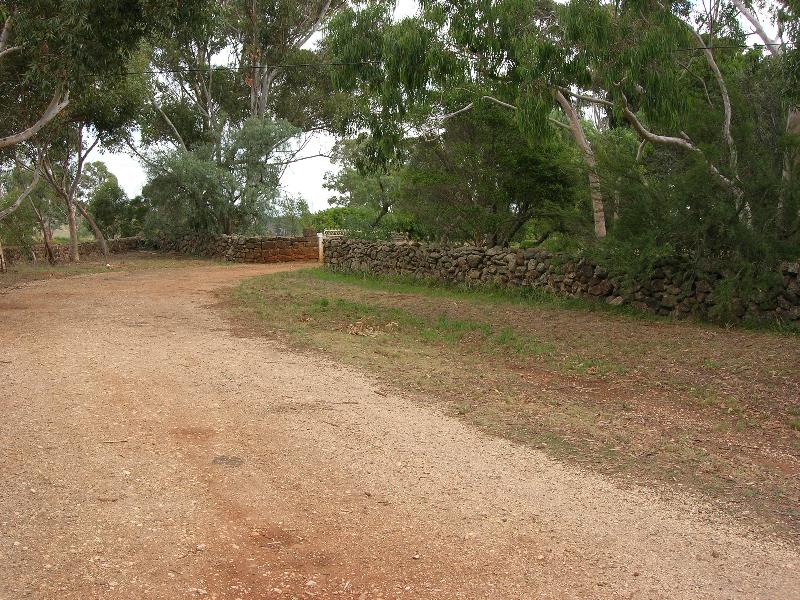 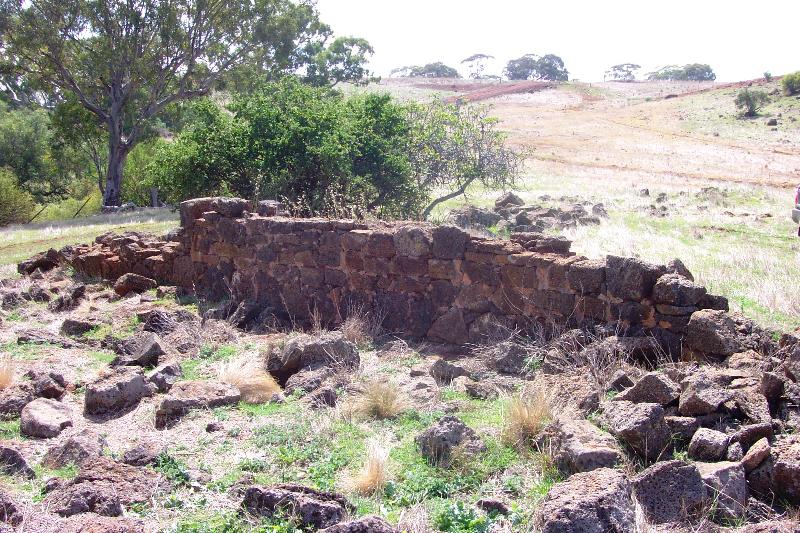 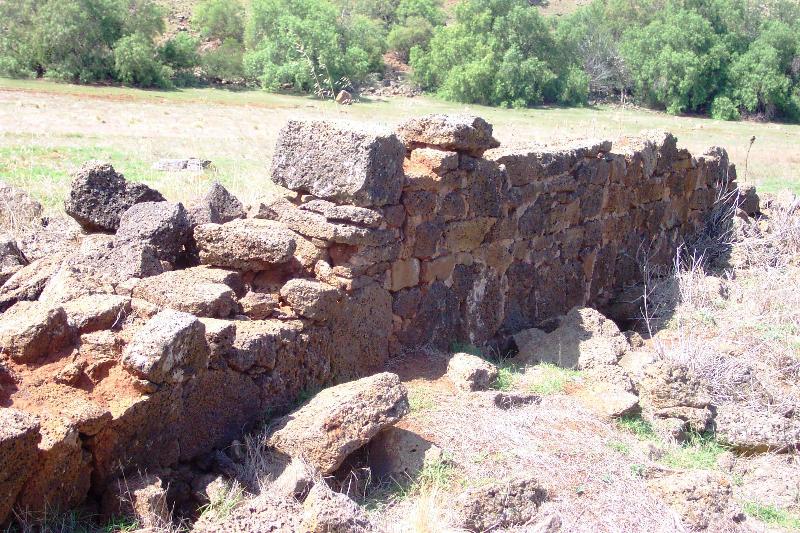 Strathtulloh, 1402-1600 Greigs Road, Melton South, is significant as an early property in Victoria, retaining different eras of pioneering dwellings, ranging from a ruin to a fine Colonial style homestead. The property has close historical association with the early settlement of the Melton district, and was owned by the Henty family in the 1840s.

The Strathtulloh property was alienated by the Crown in 1840 to Charles James Garrard, who sold it in 1848 to Charles and Stephen Henty, whose sister Jane and her husband Samuel Bryan lived there in the late 1840s. In 1853 the property then passed to William Tulloh, after whom the homestead was named. A primitive bluestone ruin of near the Toolern Creek, built of vesicular bluestone and mud mortar, is of unknown origin. It has commonly been assumed to pre-date 1840, and to have belonged to the original holder of the Exford lease, Dr Watton or Port Phillip Association member Dr Cotterill. This is unlikely, as the 1841 census records Dr Watton, and everyone else in the district, as living in a 'wood' dwelling. It may instead have been the residence of Garrard, and the Bryans, in the 1840s and an early map names a site near here as 'Bryan's outstation'.[1] It is assumed that the two-level stone building that became the kitchen is the earliest intact building on the site, and was the first homestead; it is likely to date to the 1840s or 1850s. The main homestead is a substantial villa constructed of random coursed bluestone, with a verandah facing three sides, attic bedrooms with dormer windows, a fan light over the front door, a hipped roof originally clad in slate, and a large cellar. Although demonstrating characteristics of pioneering construction, such as unworked log beams, pit sawn beams, hand-sawn lintels and colonial door locks, documentary evidence shows that it was built c.1869. The homestead has now been structurally repaired and decoratively restored; a sympathetic new semi-detached rear extension was added in the early years of the 21st century. The former kitchen building has also undergone minor repairs and alterations.

The property also contains evidence of what appears to be a ford over Toolern Creek, and evidence of a track towards it in line with the 1850s alignment of Greigs Road to the north of the homestead. It contains remnant almond trees and elm trees along the creek, and a remnant track from the ruin up the escarpment.

Strathtulloh, 1402-1600 Greigs Road, Melton South, is architecturally significant at a State level (AHC E1). Strathtulloh homestead is a particularly intact example of an early homestead dwelling, built in the Colonial style of architecture which was prevalent amongst homesteads throughout Victoria. The crude use of local stone and pit sawn timber for the erection of both the kitchen and main house at Strathtulloh demonstrates the typical resourceful construction technique of early dwellings. It is also of interest as a contrast with nearby Exford, an earlier Colonial homestead of different materials, but with similarities such as the dormer windows. Both were prominently sited above the Werribee River with the Toolern Creek valley between them.

Strathtulloh, 1402-1600 Greigs Road, Melton South, is historically significant at a State level (AHC A4). Strathtulloh was one of the early parcels of rural land to be alienated in Port Phillip, and probably the first in the Shire of Melton. It is also significant for its associations with the members of the Henty family, farmers, traders and pastoralists whose permanent settlement at Portland has generally been regarded as the first European settlement in Victoria. It demonstrates different eras and standards of dwellings housing in pioneering Victoria.

Strathtulloh, 1402-1600 Greigs Road, Melton South is scientifically significant at a State level (AHC C2). The ruins by the Toolern Creek are archaeologically important for their considerable age, likely dating from the 1840s. The remnants of the track and ford across Toolern Creek are also of potential significance in terms of information regarding early, goldrush and perhaps pre-goldrush, road patterns and construction.