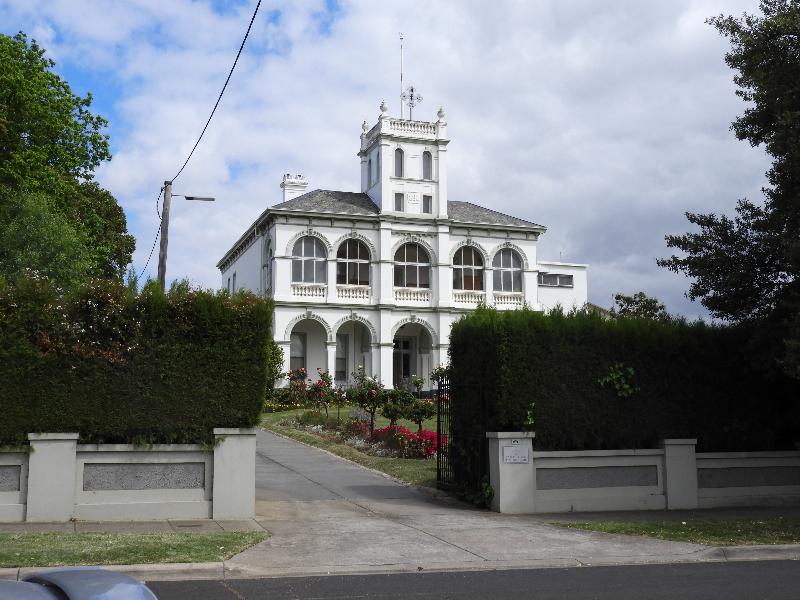 The following features contribute to the significant of the precinct:

. The pattern of development in the precinct which comprises mixed streetscapes of Victorian, Federation and interwar era houses, and the original form, siting, materials and detailing characteristic of their respective styles.

. The clarity and legibility of the three key phases of the precinct's development.

. The individually significant places as listed below.

. Original garages to the interwar houses at 10A, 14A and 53 Aberfeldie Street are significant.

. The bluestone kerb and channels to Aberfeldie Street.

. The bluestone drainage channels that line the footpath on the east side of Aberfeldie and Waverley streets,

Non-original alterations and additions to the Significant and Contributory houses are not significant.

The Aberfeldie Street and Waverley Street precinct is of local historical, representative and aesthetic (architectural) significance to the City of Moonee Valley.

Historically, the Aberfeldie Street and Waverley Street precinct is significant for the evidence it provides of the extent to which speculative subdivision progressed into the remoter areas of Moonee Valley during the nineteenth century land boom, in this instance into Aberfeldie and western part of Essendon. It illustrates how this resulted in isolated pockets of housing on large estates that were subsequently developed in stages, in the Federation era, before World War I, then fully developed in the interwar period. The pattern of development in the precinct demonstrates the different phases of accelerated growth in the municipality, in response to the land boom of the 1880s then improvements to public transport, beginning with the inauguration of the electric tram services in 1906, and, later, with the extension of tram services in 1923. (Criterion A)

The Aberfeldie Street and Waverley Street precinct is significant as a representative area of late nineteenth century and early to mid-twentieth century housing in this part of the municipality, at some distance from the main transport corridors of Mt Alexander Road and the railway. The mixed streetscapes of Victorian, Federation and interwar era houses, which retain key features and detailing characteristic of their respective styles, contributes to the clarity and legibility of the three key phases of the precinct's development. The precinct is enhanced by the four Canary Island palms in the Alma Street extension which provide important evidence of Federation era street tree plantings. (Criterion D).

'Braeside' at 229 Buckley Street is important as a substantial Federation era villa of the period, recalling the earliest phases in the development of Buckley Street (Criterion A), and is distinguished by its use of slate and bluestone, both materials being suggestive of its quite early date in the evolution of the Australian Federation style. (Criterion E)