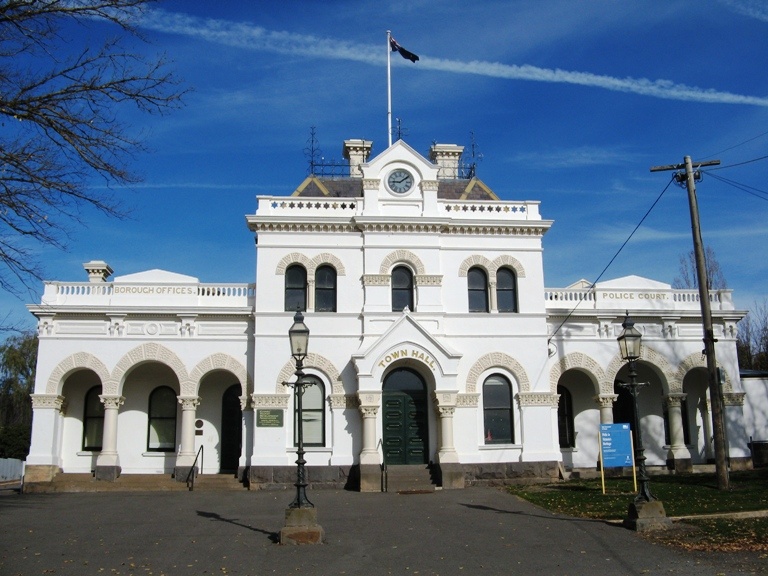 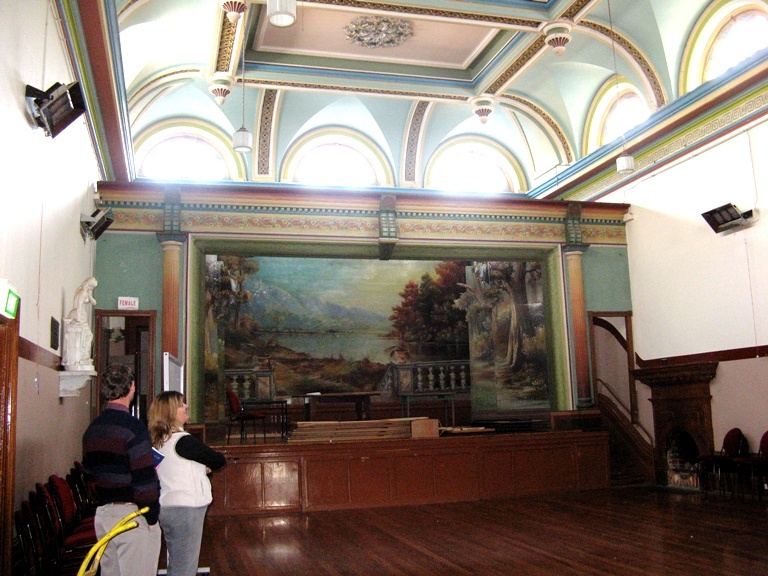 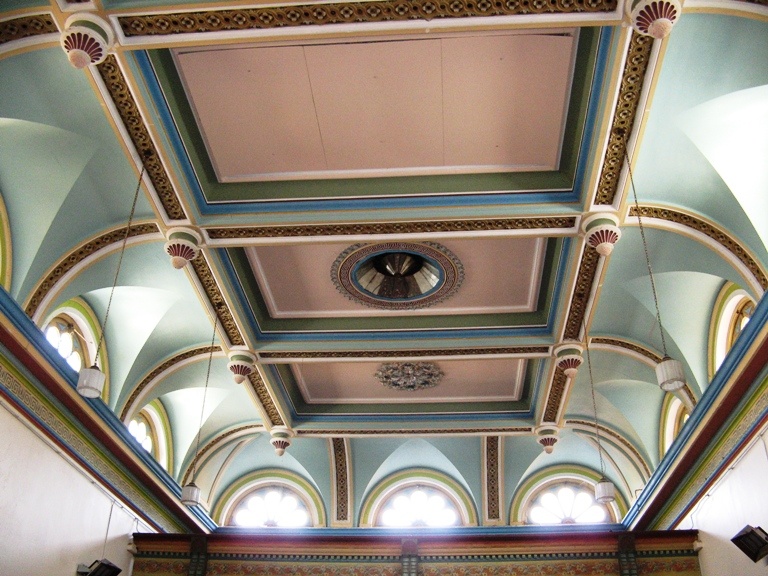 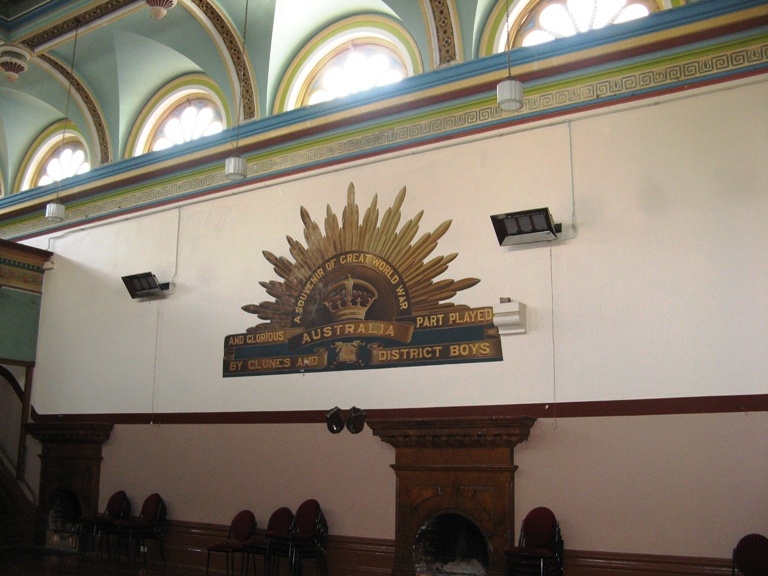 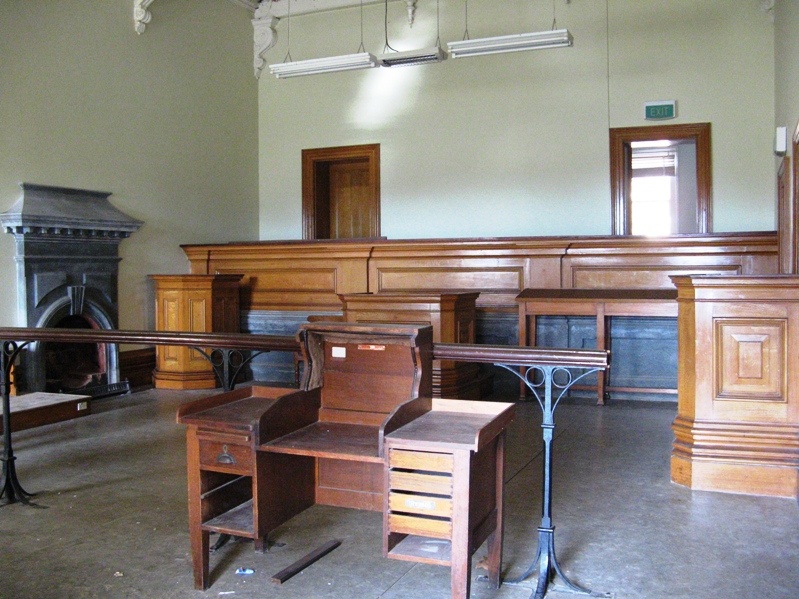 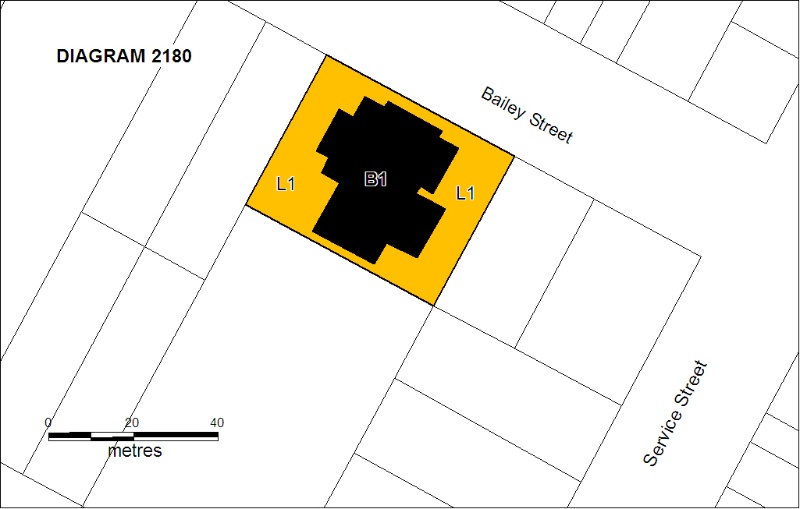 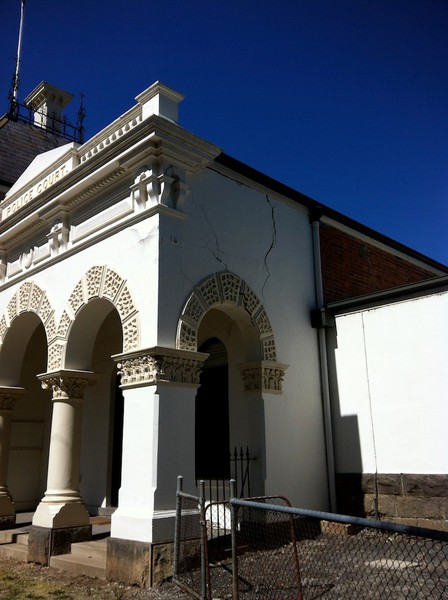 The Clunes Town Hall and Court House was designed by Percy Oakden and constructed by William Cowland in 1872-3. The distinctive Victorian Free Classical style building is a reflection of the civic pride and community confidence of a gold town at the peak of its prosperity.

In July 1851 it was announced that payable gold had been discovered near Clunes. Clunes' fortunes fluctuated during the early 1850s and it was not until the Port Phillip and Colonial Gold Mining Company began quartz crushing operations that the town experienced significant development. The township of Clunes was surveyed in 1858 and in 1861, Allotment 7 of Section 4 was temporarily reserved for municipal purposes for the newly proclaimed Borough of Clunes. Architect Percy Oakden was appointed to produce a design for the Town Hall, Borough Offices and Court House in late 1871. A grant of £2100 from the Victorian Government to the Clunes Borough Council for a court house, tied to a 999 year lease, provided sufficient funds to construct a substantial civic building. The foundation stone was laid by the Chief Secretary of Victoria, Charles Gavan Duffy in April 1872 and the Town Hall opened in May 1873.

Oakden's design was for a symmetrical building, with the Borough offices and Police Court flanking the two-storeyed central hall. The Police Court consists of court room, barrister's office and holding cell on the lower level and clerks' and magistrate's offices on an upper level. Much of its original furniture is extant. The lavish main hall is of particular note, with its decorative ceiling, lunette windows and stage. The Town Hall was the centre of social functions for nearly a century, and modifications to the building to accommodate entertainment include the early dressing rooms, the 1916 stage remodelling to include proscenium arch, backdrops and curtain painted by Richard Ford, the modifications for the screening of picture shows and the relocation of the Bible Christian Church for use as the Supper Room.

The building was a symbolic centre for community loyalty and sense of belonging, evidenced by the large World War I memorial on the western wall of the main hall. The memorial consisted of the painted rising sun by Richard Ford and the collection of 152 individual photographs of local servicemen and women, which originally hung alongside it.

In December 1982, the Government revoked the appointment of the Clunes Court House during a period of rationalisation of court facilities. With the amalgamation of the Borough of Clunes and the Shire of Talbot, the Clunes Town Hall was no longer the location of municipal operations. Though with the growth in car usage and changing tastes in entertainment, the Town Hall gradually became less of a focus for community functions and leisure activities, it remains a significant place for the township of Clunes.

The Clunes Town Hall and Court House is of historical and architectural significance to the State of Victoria.

Clunes Town Hall and Court House is of historical significance as a civic building constructed at the height of a gold town's prosperity, demonstrating the confidence that such towns had in their future.

The town hall is of historical and architectural importance in demonstrating the continuing role that such municipal buildings played in the civic and social life of rural townships in the late nineteenth and early twentieth century. The World War I memorial and associated photographs demonstrate the importance of the place to the Clunes community and is of historical significance. The adaptation of the main hall for entertainment purposes, to accommodate stage productions and film screenings, is of historical significance in demonstrating the development of cultural facilities in rural communities.

The collection of objects associated with the Clunes Town Hall is of historical significance in demonstrating the judicial, municipal and cultural usages of the building. The collection of in situ original Court House furniture is of particular note.

The Clunes Town Hall and Court House is of architectural significance as a striking and eclectic municipal building design by Percy Oakden, and a rare rural example of a combined Court House and Town Hall.

The Clunes Town Hall and Court House is significant to the State of Victoria in demonstrating the importance of civic buildings and government institutions to rural community life and the aspirations of newly established gold rush towns wishing to assert their status and wealth. The Clunes Town Hall and Court House was adapted to accommodate many developments in the cultural and social life of Clunes, including entertainment, commemoration and community functions, which contribute to its significance.