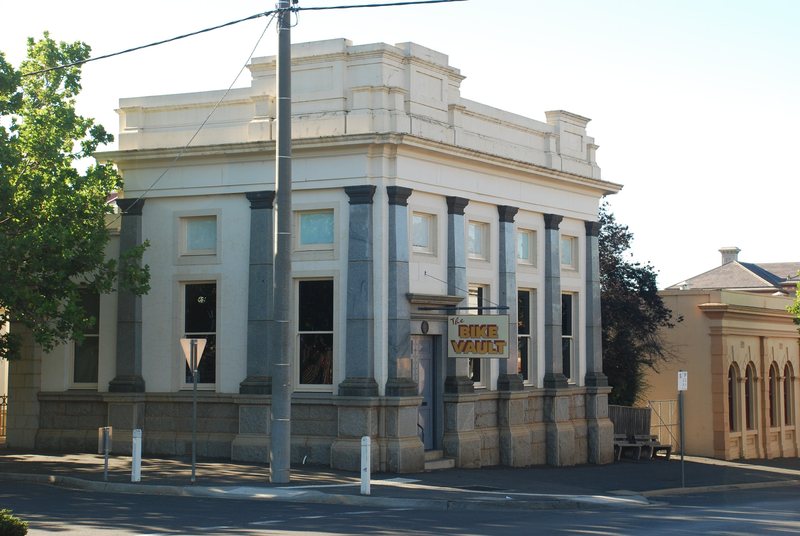 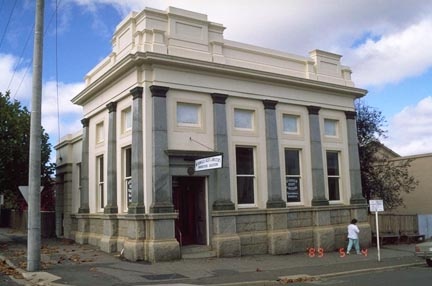 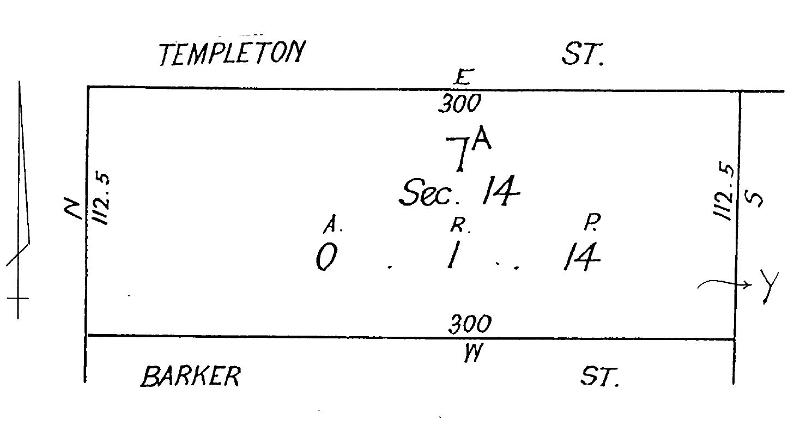 The former State Savings Bank was erected in 1919 to a design by Godfrey & S Powers. The
building incorporated the original government sub-treasury and police court (built 1862). Parts of these buildings remain at the rear. The single-storey bank is constructed of rendered brick on a granite plinth. It is an early example of the austere classicism of the 1920s and 1930s in its use of giant orders, cubic volumes and a heavy and abstracted parapet. The Doric pilasters are of polished granite with bronze capitals and bases. The interior of the banking chamber is tall in its proportion and has a coved and coffered ceiling (now hidden by a false ceiling) the walls are ruled in an ashlar pattern. The vaults remain but not the furniture. With the exception of paint colours, the exterior of the building and the interior of the banking chamber are intact. The building is of significance as a progenitor of a style greatly used for commercial buildings in the 1920s and 30s and which featured prominently in the later work of Godfrey and S Powers.