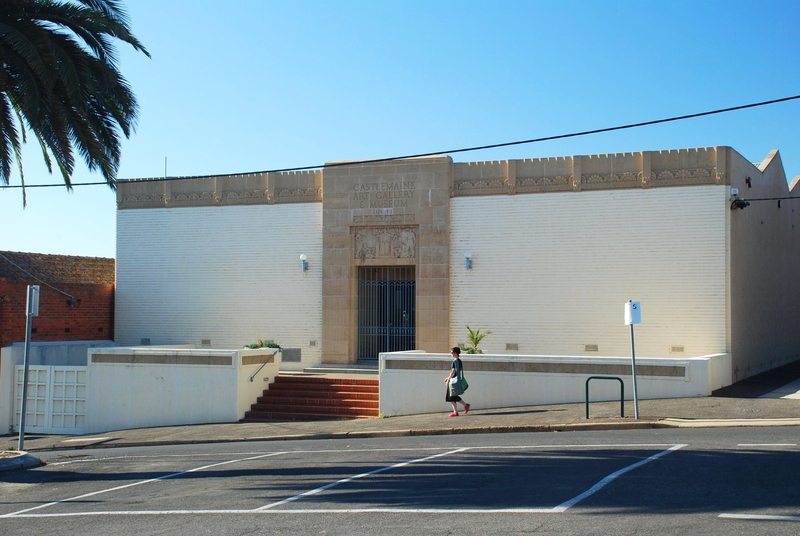 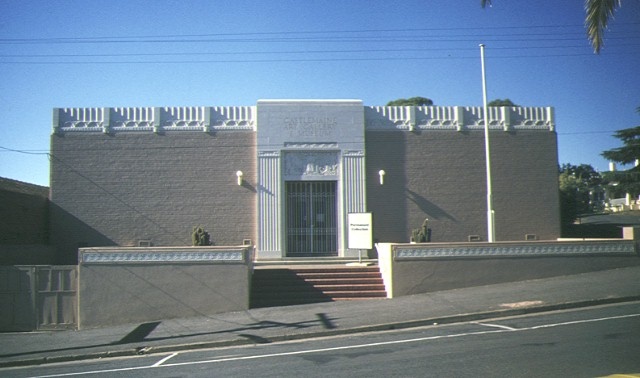 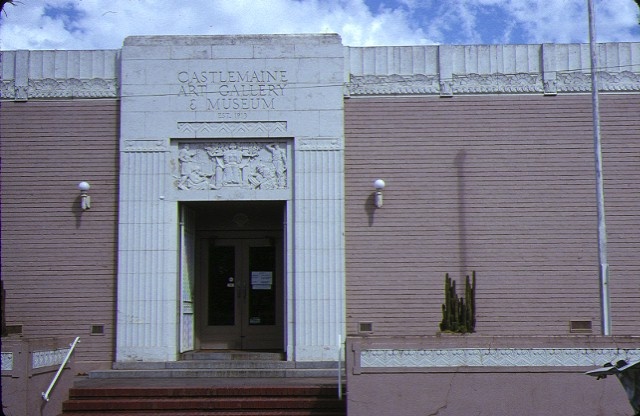 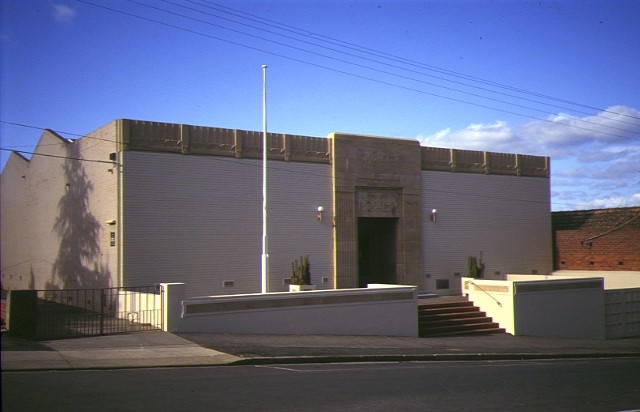 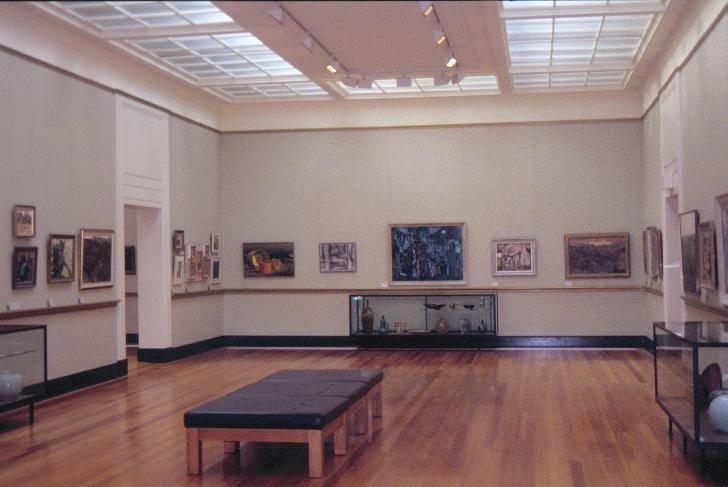 The Castlemaine Art Gallery was constructed in 1930 to a design by the architects Stephenson & Meldrum. The builder was a F. Pollerd and the contract cost ₤3250. It was extended at the rear in 1960 and again in 1973. The gallery is an early example in provincial Victoria of austere Neo-Classical "modern" design. It is constructed of face brick (since painted) with rendered dressings and presents a severe facade, without windows, relieved only by the "Jazz" decorated frieze to the parapet, front garden wall and tympanum over the
central entrance. The front door is recessed behind an elaborate pair of iron grille gates. The interior is lit by a ceiling lighting system under a saw-tooth roof. The interior is severely and simply decorated but with a careful control of volumes and planning in the display areas. The Castlemaine Art Gallery is an exceptional building in its intent and execution and is historically important as one of the earliest examples of the "modern movement" in provincial Victoria.