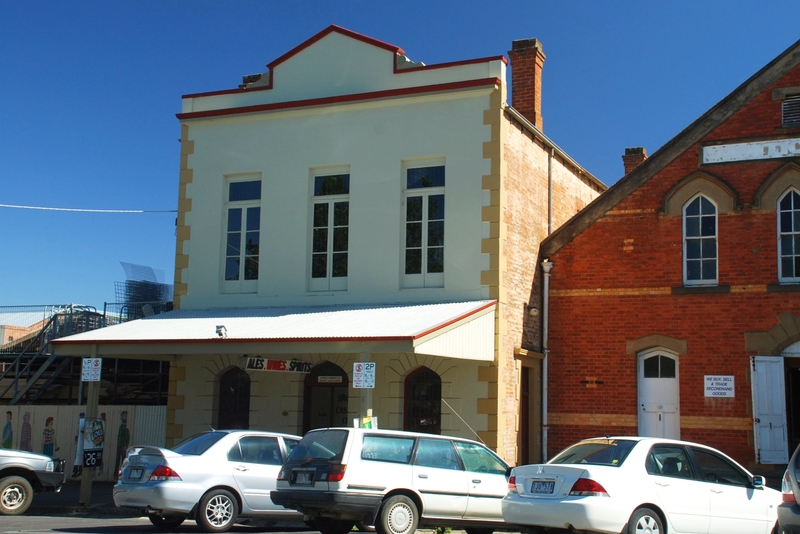 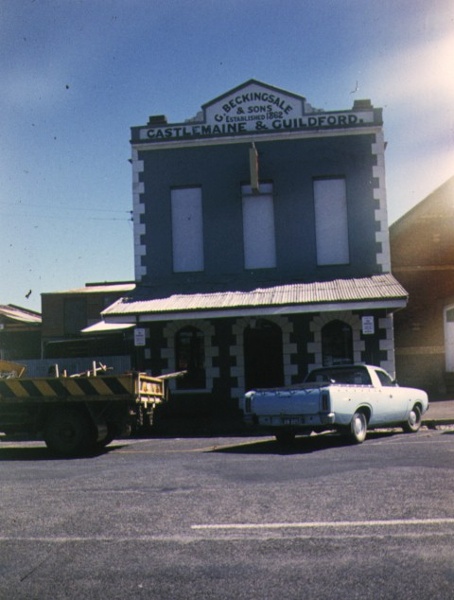 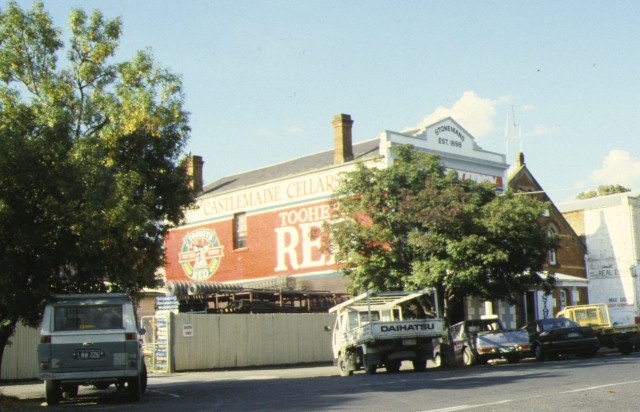 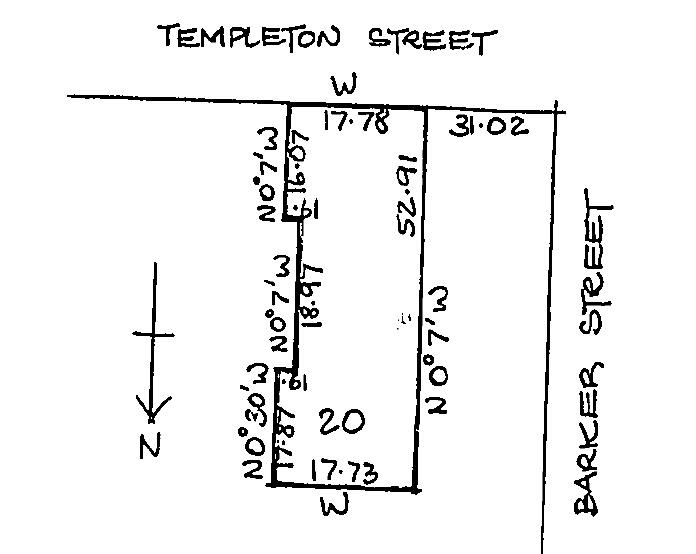 This building was erected as a shop and residence in c.1859 for Caleb Anderson, a principal of Anderson, Grieg & Co., wine and spirit merchants of Melbourne. A two-storey shop, it is constructed of dressed basalt with a slate roof and a parapet and central pediment to the front elevation. The window surrounds on the lower storey are picked out as are the string course and quoining. The upper windows are unembellished. The firm ceased in 1870 and the property was leased to Dr William Bone as a residence and surgery. In 1884 it was acquired by the Salvation Army and converted to the officers' quarters for the adjoining barracks erected in 1885. The alterations were completed at a cost of ₤635 and included the addition of a two-storey verandah; the architect being James Flint.

In 1899 the building became the property of George Beckinsale, a wine and spirit merchant. He opened a new premises in the building and erected the existing single-storey timber posted verandah in that year. The premises remains in the family. This building is historically important as the earliest shop building extant in the town of Castlemaine and for its connections with Caleb Anderson, one of the earliest residents of Castlemaine, and the establishment of the Salvation Army on the Victorian goldfields.