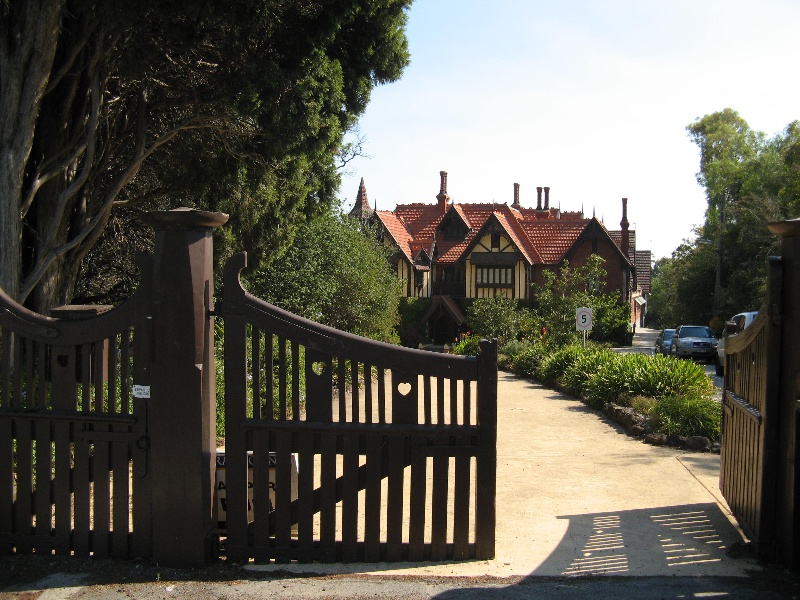 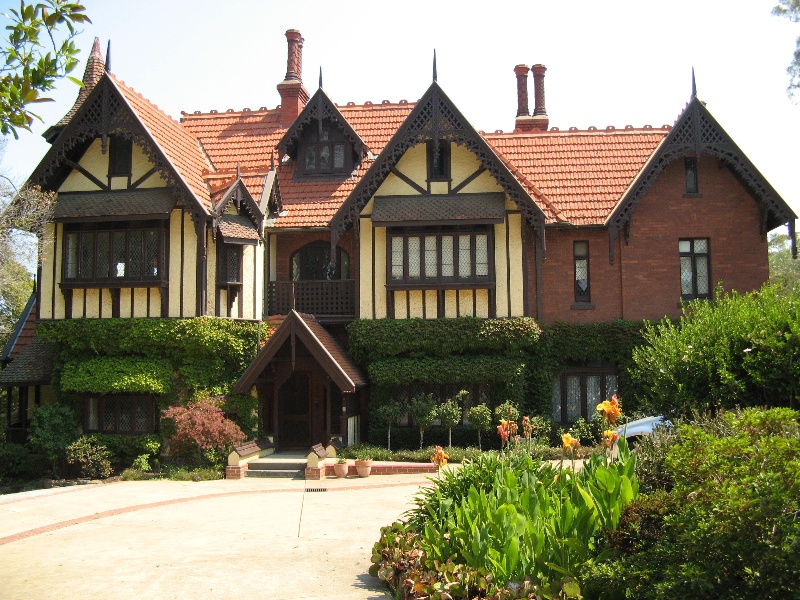 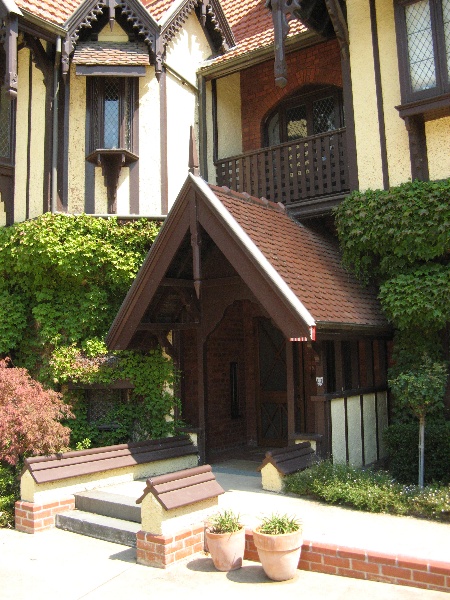 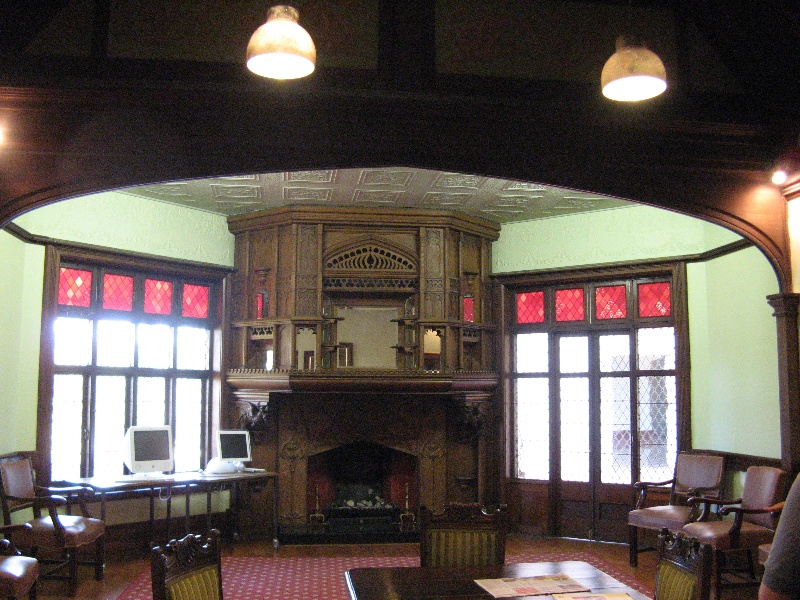 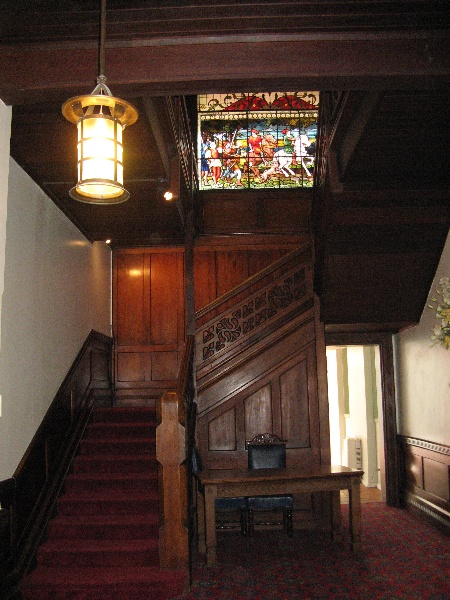 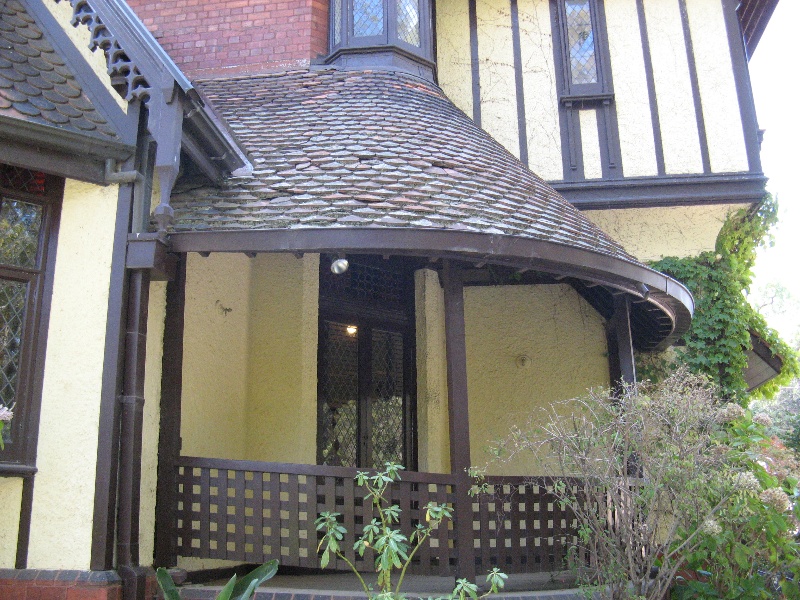 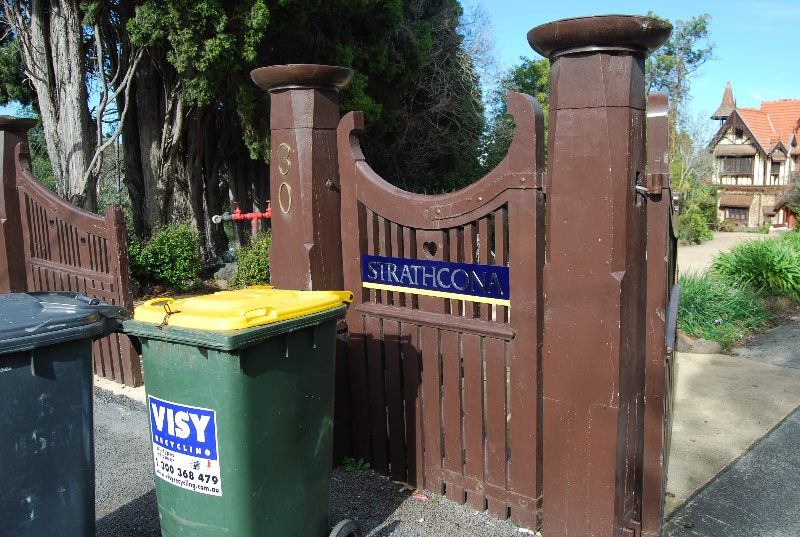 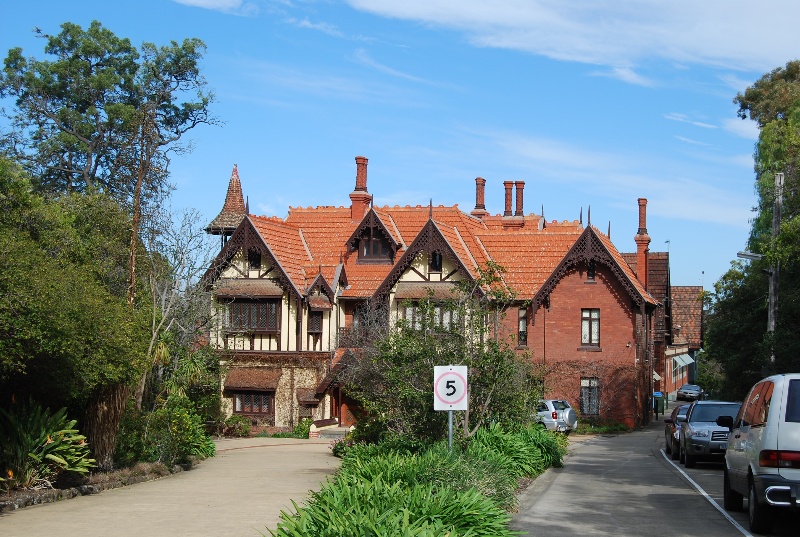 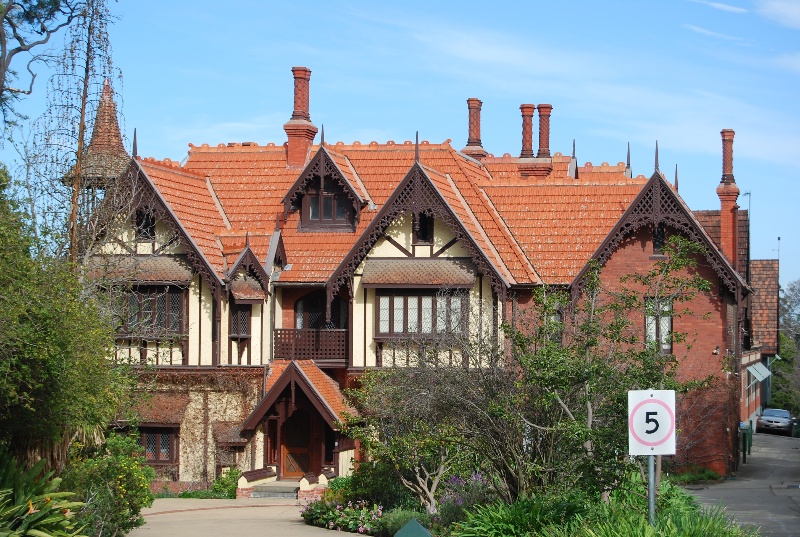 Tay Creggan was built by the prominent Melbourne architect Robert Guyon Whittlesey Purchas (known as Guyon) as his own home. He bought the land, a 1.5 hectare sloping site between the railway line and the Yarra River, in 1889 and built the house in 1891-2, but ran into financial difficulties at the beginning of the 1890s depression and sold the house in 1892. Purchas was one of the most prominent architects in Melbourne around the turn of the century, one of the first to be influenced by the English Arts and Crafts movement, and helped to establish the journal Arts and Crafts in 1895. The house was bought by Michael Spencer, whose family crest appears above the fireplace in the hall. Purchas designed a number of changes to the house for Spencer, including the conversion of the ballroom to a grand billiard room. Following Spencer's death in 1900 his widow married A H McKean, and the house was further altered, with the enlargement of the entrance hall and new stairs constructed. In 1937 the house was purchased by the Catholic Church for the Sisters of the Holy Grail, who added the Tudor Hall and dormitories, now used as classrooms. It was sold to the Baptist Union of Victoria in 1969 for use by Strathcona Girls School, and is now their Year 9 campus. Since then extensions and renovation works have been carried out, including the replacement of the roof tiles and the addition of a large new kitchen in place of the original.

Tay Creggan is a picturesque asymmetrical red brick two storey Victorian Queen Anne Revival style house set amidst spacious grounds overlooking the Yarra River. The roof is elaborated with turrets, and with dormers and gablets with finely-worked barge boards and finials, and is covered with Marseilles pattern tiles and terracotta ridging. The red brick walls have rough-cast with brown woodwork on the front facade, and the windows are casements with small diamond-paned leadlights. The house is notable for its fine detailing, including the slender decorative chimneys characteristic of the Elizabethan period, the weather vane on the candle-snuffer roof of one of the turrets, and the small entrance porch with scalloped tiles. Internally a number of the rooms are interesting for their timbered ceilings, fireplaces, ingle-nooks and bays. The staircase is of finely worked kauri timber and the landing has a notable stained glass window by William Montgomery depicting a hunting scene, with contrasting art nouveau decoration above. The most outstanding room is the billiard room, which is remarkable for the three stained glass domes above, the enormous Scottish Oak fireplace with Art Nouveau style copper repousse work, and the carved decoration of the roof timbers, which have carved dragons on the beam ends. There are several former servants' rooms in the attic. The house retains its original entrance gates and driveway, a row of Bhutan Cypresses along Yarra Street, and some original terracing in the garden area to the east of the house.

Tay Creggan is of architectural and historical significance to the state of Victoria.

Tay Creggan is architecturally significant as one of the finest examples in Victoria of the Victorian Queen Anne Revival style, incorporating many Elizabethan-period features, and as one of most picturesque houses built in Victoria in the late nineteenth century. It is significant as one of the finest works of the prominent Melbourne architect Guyon Purchas, whose late nineteenth and early twentieth century houses exemplify the Arts and Crafts approach to the 'total work of art'.

Tay Creggan is historically significant as a reminder of the way of life of the wealthiest citizens of Victoria in the late nineteenth and early twentieth century, and as the home of one of the prominent architect Guyon Purchas.