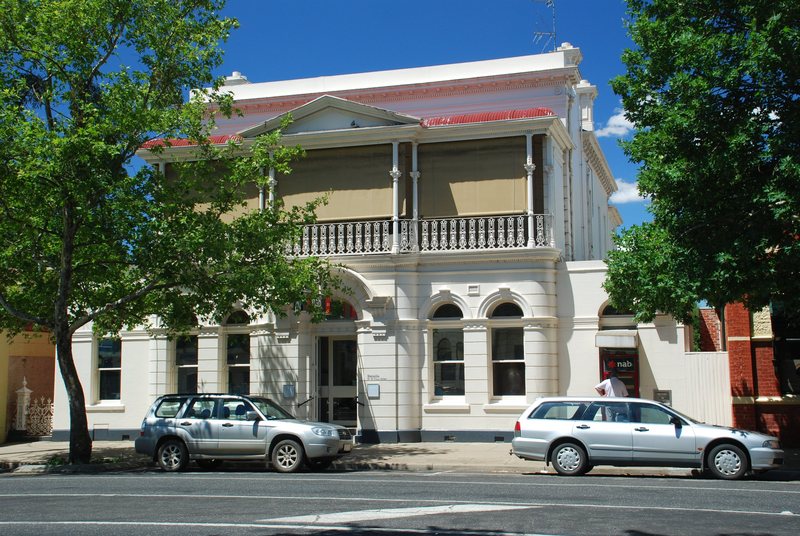 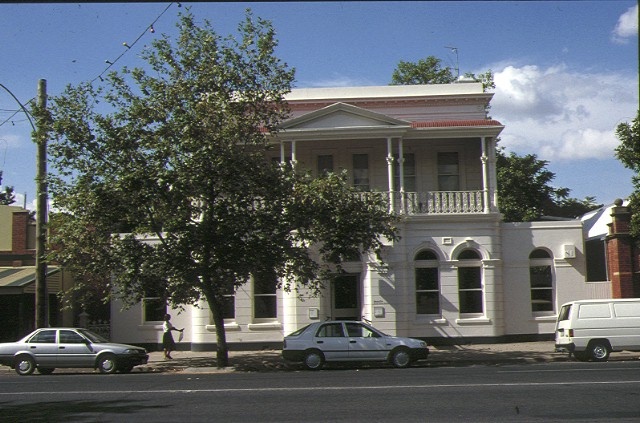 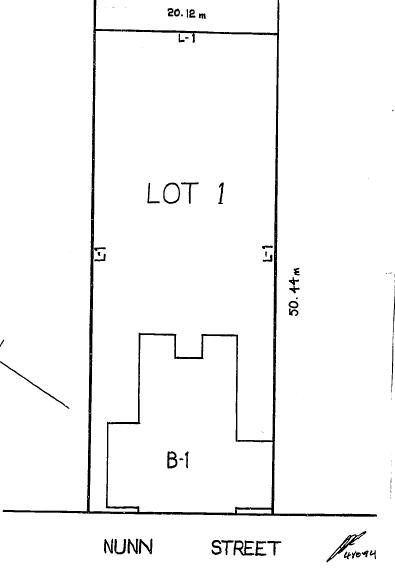 The National Bank, Benalla was built in 1891 by contractor Mr Ferguson to a design by architects Gordon & Gordon. The two-storeyed stuccoed bank with cast iron verandah was originally designed to accommodate a banking chamber on the ground floor with manager's residence occupying the rear section at ground level and the entire second storey.

In 1919 the lower section of the verandah was removed and the ground floor area enclosed. A single storey addition was constructed at the south of the building in 1980 and in 1989 a matching northern extension was built.

The Bank has historic, social and architectural significance to Victoria.

The Benalla National Bank attains a stylistic rarity through the successful integration of a 1919 Edwardian Baroque style enlargement of the banking chamber at the ground floor into a typical 1890s Boom style bank. The visual solidity of the 1919 Edwardian Baroque style enlargement is also a symbolic representation of the desire of banks to re-establish an image of substance and security following the bank failures of the 1890s.

The bank demonstrates an association with the social status and role of the bank manager in a country town. The disproportionate size of the residence, which once occupied the entire upper storey and part of the rear ground section, compared to the original smaller, closed rooms of the banking chamber, reflects the high social standing of a country bank manager.

The alterations to the building over time demonstrate changing sequence of styles, patterns of occupancy and functions. The internal modifications which enlarged the banking chamber and opened it to public scrutiny and the fact that the residence is no longer used by the manager for security reasons demonstrate the changing position of the manager's social status and the changing needs and practices of the banking industry.