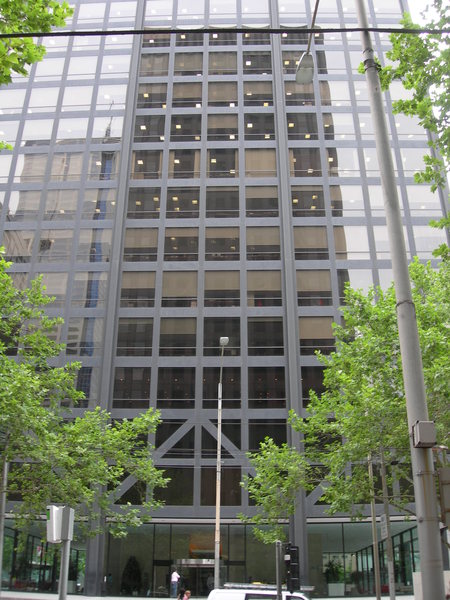 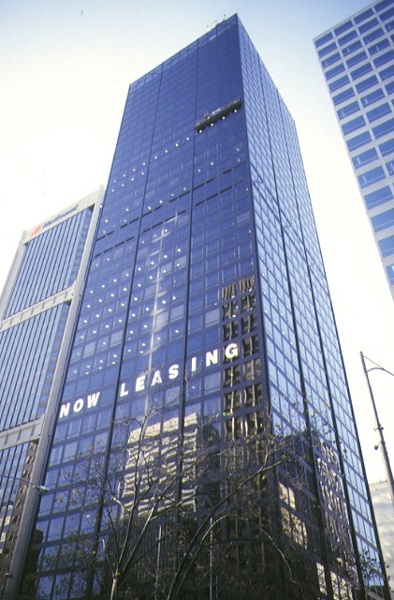 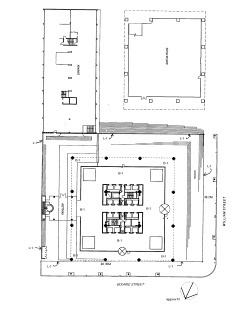 The former BHP House was constructed from 1969 to 1972 as the national headquarters of the Broken Hill Proprietary (BHP) Company. The architects of the forty-one storey steel, concrete and glass building, Yuncken Freeman Architects, worked closely with engineers Irwin Johnson and Partners to design a fine engineering structure, the tallest building in the city at the time. In developing the design for the tower, project architect Barry Patten and his team sought assistance from architects and engineers at the Chicago office of Skidmore Owings and Merrill, spending ten weeks there in 1968.

The former BHP House is of architectural, scientific (technological) and historical significance to the State of Victoria.

The former BHP House is of architectural significance as one of the landmark high-rise
buildings in the State, demonstrating the principal characteristics of early 1970s multi-storey office buildings. When constructed, BHP House was a landmark in both the physical and historical development of multi storeyed office design. It heralded a new aesthetic in high-rise buildings, with the replacement of 1950s and 1960s banded curtain walls and externally- expressed service cores with a new all-embracing sheer glazed curtain wall. BHP House was designed, like similar earlier buildings of Mies van der Rohe, to be viewed as a three dimensional sculptural monument separate from the surrounding cityscape. The open plan, fully glazed, ground floor plaza, which raises the bulk of the building to the first floor level, increases the sense of distinction. The building is an outstanding architectural expression of corporate image, especially through its innovative and extensive use of BHP's steel technology. The building was also distinguished by high quality and co-ordinated interior design, furniture and artwork, all now unfortunately removed.

The former BHP House is of architectural significance as one of the most noteworthy buildings designed by the Melbourne firm Yuncken Freeman Architects , who designed many multi- storey office buildings in the Melbourne CBD from the 1950s through to the 1970s. Other significant Yuncken and Freeman buildings include Estates House (1976), next door to BHP House, the Sidney Myer Music Bowl, and La Trobe University.

The former BHP House is of scientific (technological) significance for its innovative structural application of steel and concrete. New techniques were employed for the foundations, which were comprised of a concrete raft poured in a single continuous action. The composition of the floor structure, which was of steel decking and lightweight concrete over steel beams encased in asbestos rather than concrete to reduce weight, was also innovative. This flooring acted as a stiffening element in the overall structural design of the building, along with the cap and belt trusses, allowing the structural loads to be carried down through the outer skin of steel and the central services core. This produced open floorplans, devoid of internal columns and increasing the flexibility of internal space. Many of the fundamental ideas informing the layout and arrangement of BHP House were retained as standard features of high rise office buildings in subsequent decades. The building was also innovative in its adoption of a new energy efficient 'total energy system', generating its own electricity using BHP natural gas. Unfortunately, this has now been completely removed.

The Former BHP Building is of historical significance as a symbol of major changes occurring within Melbourne in the last several decades of the 20th century. As an isolated sculptural monument, isolated from the traditional streetscape, it reflected the transformation of Melbourne?s CBD into a corporate and government core, as retailing, industrial and warehousing functions followed the city's population to the spreading suburbs. The building was part of a trend towards much larger projects on consolidated blocks that was to change the face of the city forever. Like the ICI Building a decade previously, the construction of BHP House heralded changes to Melbourne town planning codes allowing further increases in height and floor area. The corporate image of money and power is clearly expressed in this shining monolith, which was also a reflection of the prosperity of resource companies at a time when there was great optimism about the potential for resource-led economic growth in Australia.
Show more
Show less
All information on this page is maintained by Heritage Victoria. Click below for their website and contact details.