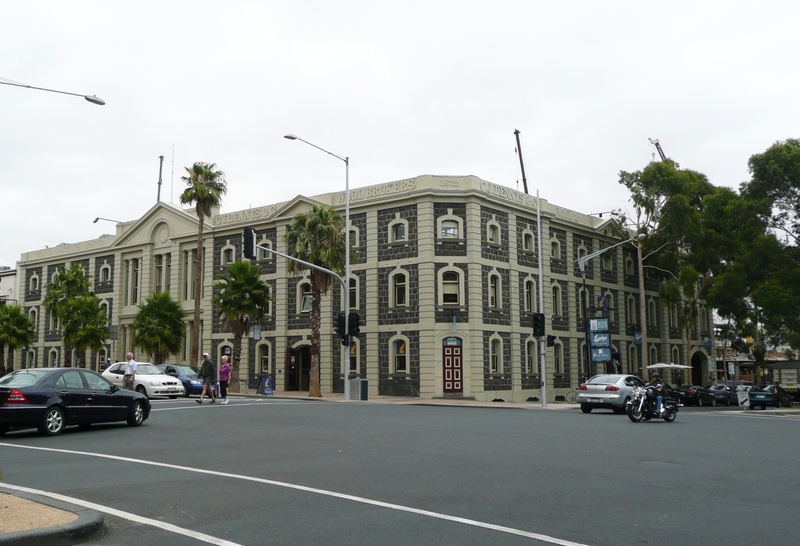 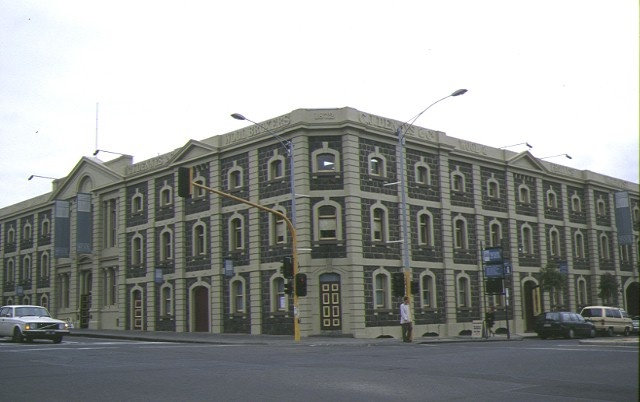 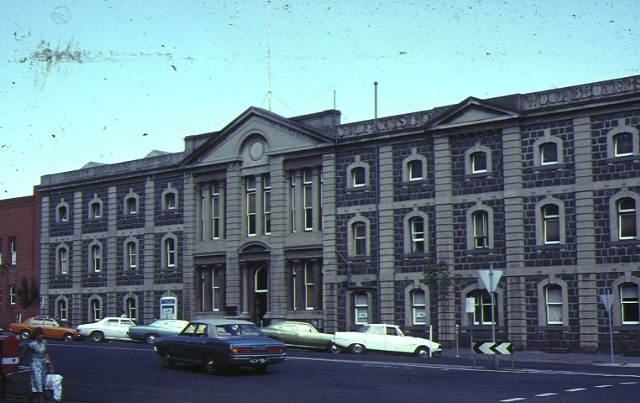 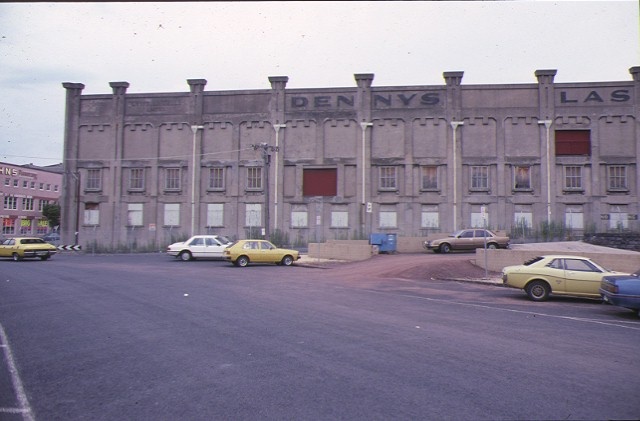 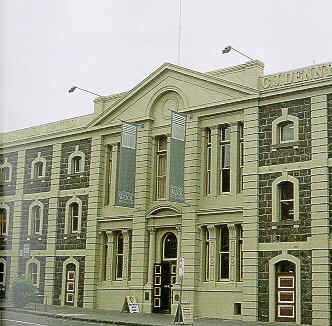 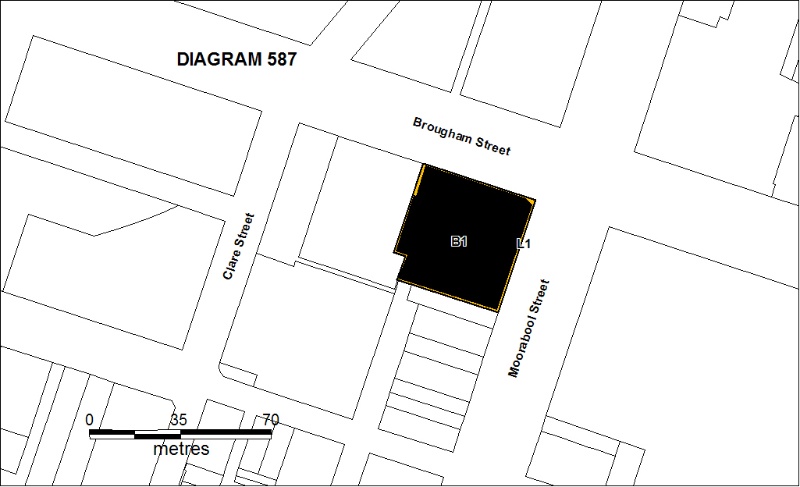 The former Dennys Lascelles Wool Store, Geelong was built in 1872 to general acclaim for its size, innovation and distinctive facade. Charles John Dennys (1818-1898) was a pioneer in the wool industry, largely responsible for the development of the wool marketing business in Geelong. He arrived in the colony from England in 1842 and in 1852 set up a wool-broking business with his cousin Thomas Allen Lascelles, and Edward Walton, a firm that developed into Dennys Lascelles Ltd, one of the largest wool-broking houses in Victoria. In 1881 the prominent grazier Sidney Austin joined the company which became Dennys, Lascelles, Austin and Co.

The former wool store is a bluestone structure with cement rendered ornamentation and a saw tooth roof covered in slate. C. J. Dennys had the designs for the building drawn up by a local architect Jacob Pitman who was later dismissed. Jonathan Coulson of Ballarat took over and oversaw the construction of the building which apparently bore a close similarity to Pitman's original design. At the time of its construction, it was the second largest wool store in the colony after Goldsborough & Co. in Melbourne. It was recognised as advanced in size and functionality. Its internal layout was innovative, as was the ventilation and the lighting. The saw tooth roof had south facing windows designed to give even light over the wool displayed during auctions. A major annexe was added in 1881 and demolished in 1983. The final major extension to the wool store was the bow string truss building built in 1910 and demolished in a controversial decision in 1990. The former wool store now houses the National Wool Museum.

The former Dennys Lascelles Wool Store is of historical and architectural significance to the State of Victoria.

The former Dennys Lascelles Wool Store is of historical significance for its associations with C. J. Dennys a leading figure in the nineteenth century Australian wool trade. The place also has associations with the wool trade in Victoria and its scale and design reflects the importance of Geelong as a centre for Victoria's wool industry.

The former Dennys Lascelles Wool Store is of architectural significance as a fine example of a large bluestone wool store built both for the storage and marketing of wool. It is notable for its distinctive bluestone facade and its innovative and early use of a slate covered saw tooth roof.