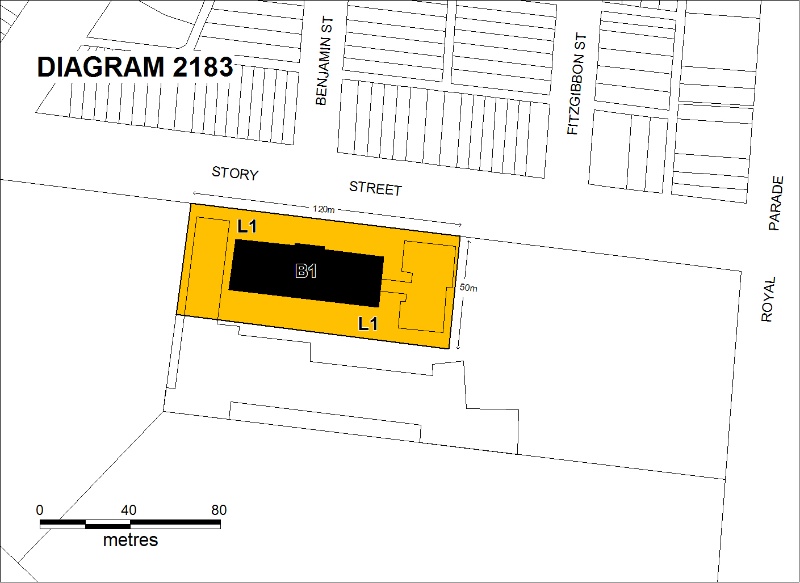 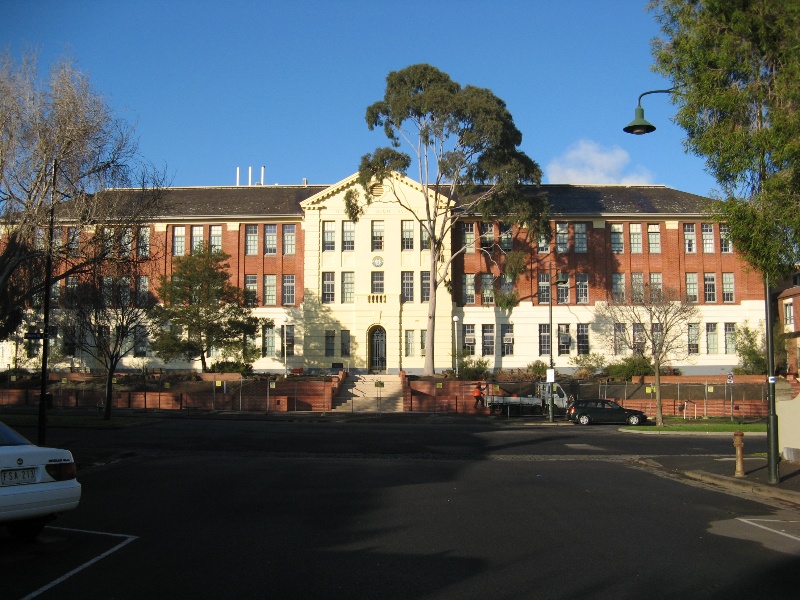 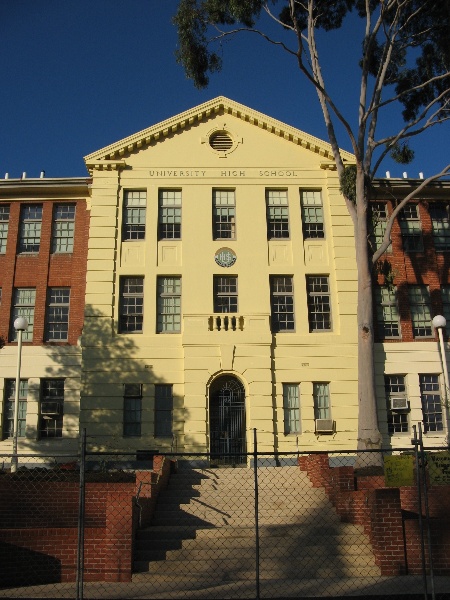 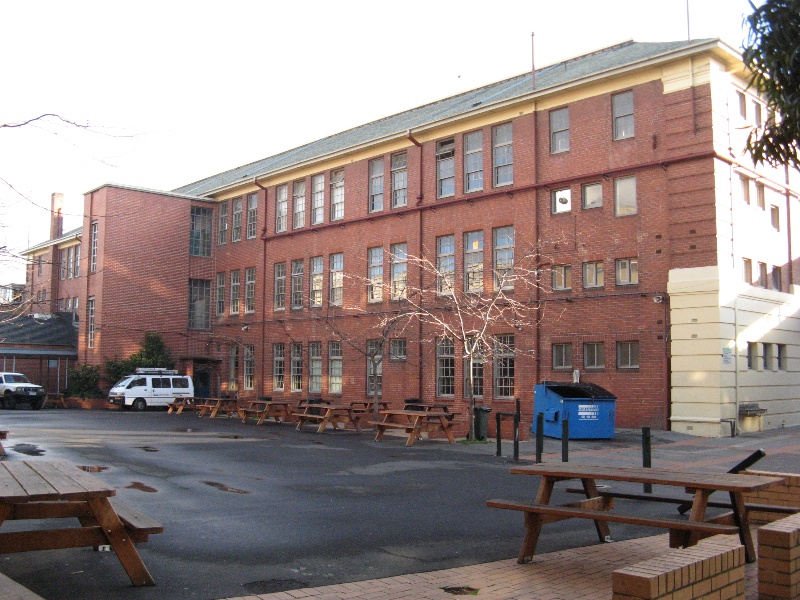 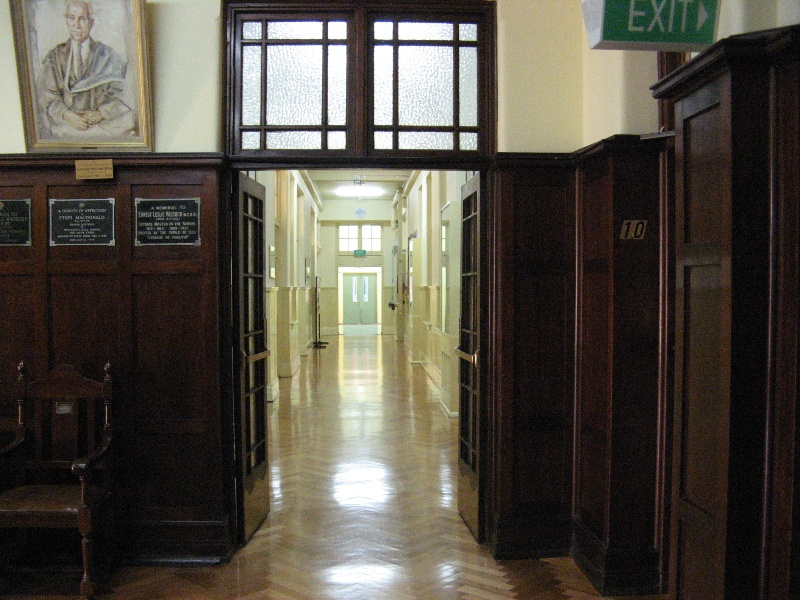 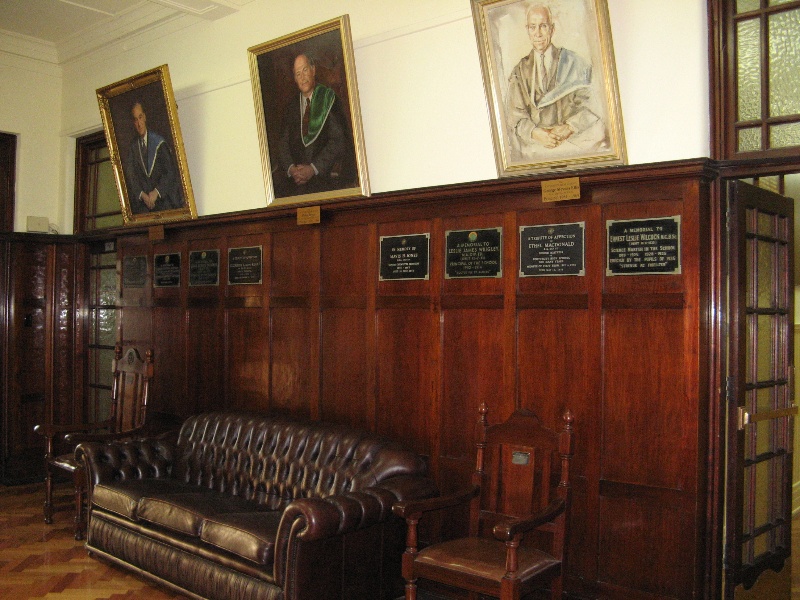 University High School was first established in 1910 in a former primary school building in Carlton as a coeducational practising school for the training of secondary school teachers, as well as for experimentation in methods of teaching and curricula for secondary schools. State secondary schools were only introduced in Victoria in 1905, and their number and the need for suitably qualified teachers increased rapidly. Secondary teachers were required to study for a Diploma of Education at the Teachers Training College associated with the University of Melbourne, as part of which they were required to do practice teaching lessons and also observe demonstration lessons. This placed a great strain on the few approved practising schools and led to the establishment of the school in 1910. However the old building in Carlton was always inadequate, and in 1924 land was set aside for a new school building on the former livestock market site in Parkville. Despite the economic depression the construction was supported because of the need to relieve unemployment, but the money allocated for the new building was reduced from an initial ₤60,000 to only ₤40,000. It was built in 1929 for ₤39,398 by J Pinnock to a design by the Public Works Department architect E Evan Smith, and opened in May 1930 with about 680 pupils accommodated in the fourteen classrooms. The school already enjoyed a reputation for academic success and for leadership in secondary teaching. From 1942-7 the school oval was occupied by a United States Army camp. From the 1960s a number of additional buildings have been constructed on the site.

The 1929 building at University High School is a three storey symmetrical Inter-War Stripped Classical style brick building with a hipped slate roof. The building is axially aligned with Benjamin Street to the north. On the north entrance front and on the side elevations the ground floor is rendered to form a rusticated base, and in the centre is rendered projecting pedimented section with a balustraded balcony over the arched entrance. Brick pilasters divide the brick walls on each side into four main bays, each containing three tall triple sash multi-paned timber-framed windows. The south side of the building is in a simpler style, without the rendering of the ground floor. The front entrance leads into a handsome foyer with a parquet floor and panelled walls. From the foyer corridors on either side lead to the classrooms, including some of larger than normal size used for giving demonstration lessons to trainee teachers.The external and internal window arrangement provides considerable natural light to classrooms and the public spaces Stairways at the ends of the building once provided the only access to the upper floors, but a brick stair tower has been added on the centre of the south side. The interior, particularly the foyer and corridors, are highly intact.

University High School is of architectural and historical significance to the state of Victoria.

University High School is historically significant for its association with the history of education in Victoria, in particular the important role it has played in the education of secondary teachers. It was established as the principal secondary practising school for the training of secondary teachers and since its establishment in 1910 has been a leader in curriculum and teaching methods. Its simple design reflects the straitened economic circumstances of the 1920s depression.

University High School is architecturally significant as a fine example of a high school building in the Inter-War Stripped Classical style. It exemplifies E Evan Smith's design approach during his time as Chief Architect of the Public Works Department, which expressed contemporary ideas of civic beauty through the use of classical styles, an emphasis on axiality and respect for the surroundings. In terminating an urban vista it provides a demonstration of the then current "city beautiful" ideals of town planning.