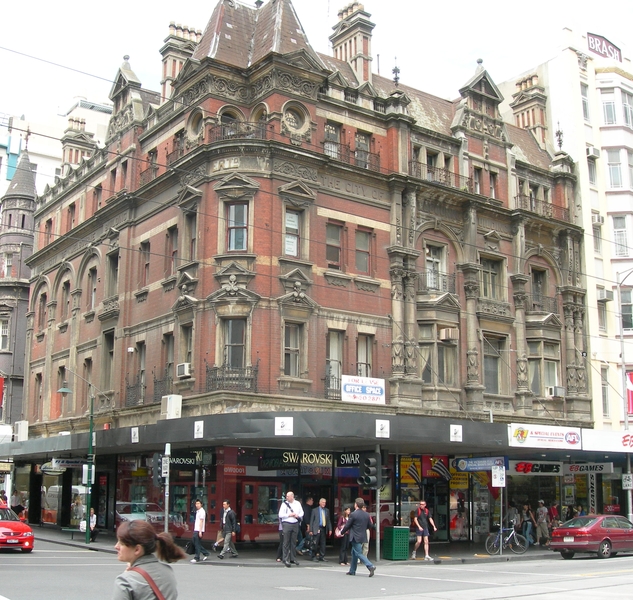 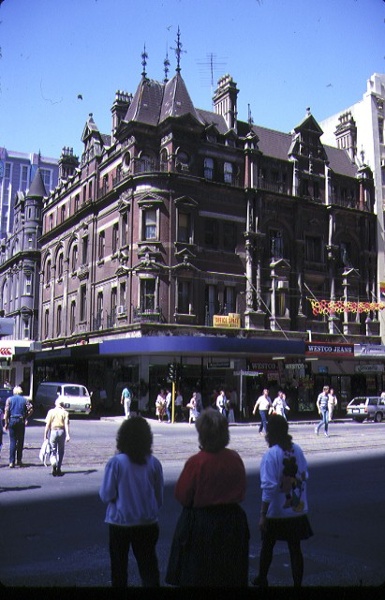 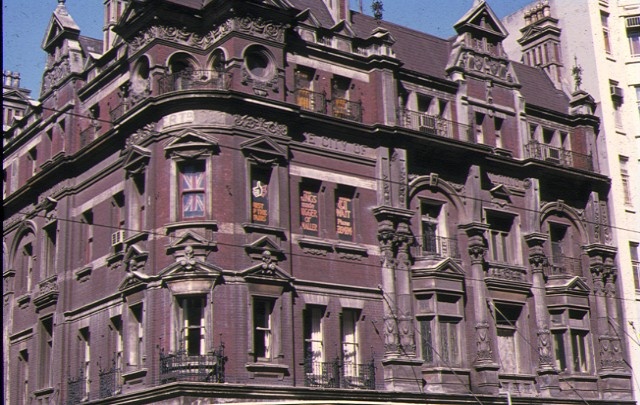 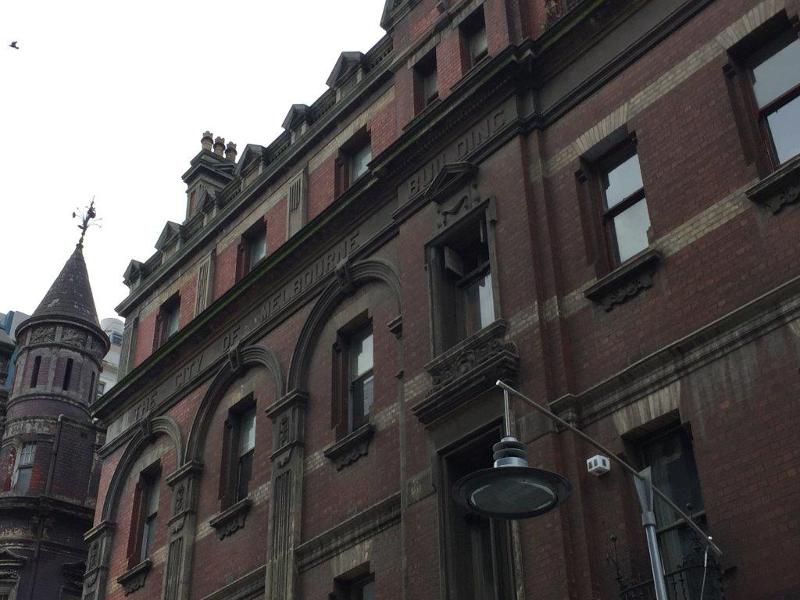 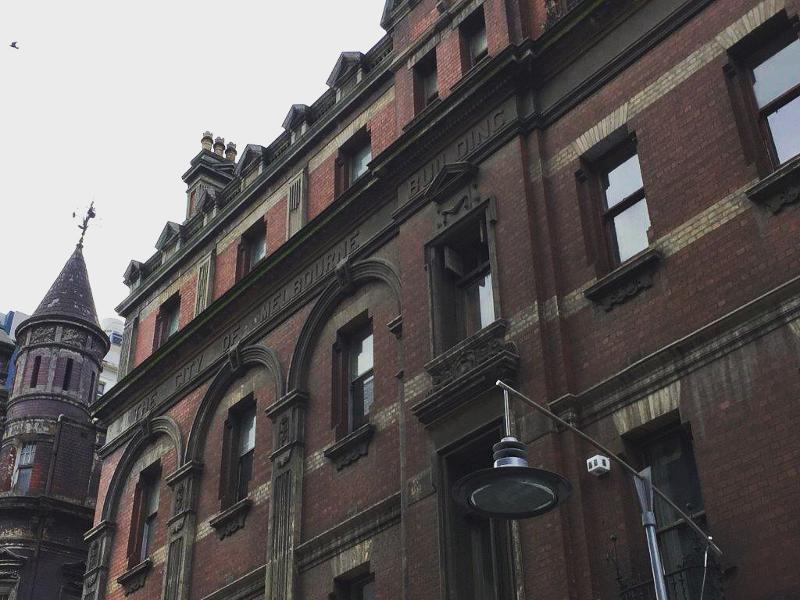 What is significant?
The Melbourne City Building is a four-storey brick building designed by W.H. Ellerker and E.G. Kilburn in 1888 for the short lived City of Melbourne Building Society, chaired at one time by Alfred Deakin. The building has two facades, to Elizabeth Street and Little Collins Street and returns on a curved rather than a splayed corner. The design eclectically combines classical elements such as columns, pilasters, aedicules and Baroque-style pediments with a picturesque roofline of steeply pitched slate roofs, wrought iron decoration and massive chimneys. The building was originally served internally by an Otis hydraulic lift.

How is it significant?
The Melbourne City Building is of architectural significance to the State of Victoria.

Why is it significant?
The Melbourne City Building is architecturally significant as an excellent example of the so-called boom classical style of the late 1880s. The styling draws together a diverse array of classical elements and motifs that demonstrate the flamboyant confidence of building designers and their clients during the boom period of the 1880s. It is additionally significant as an unusual example of the manner of design in the central business district.