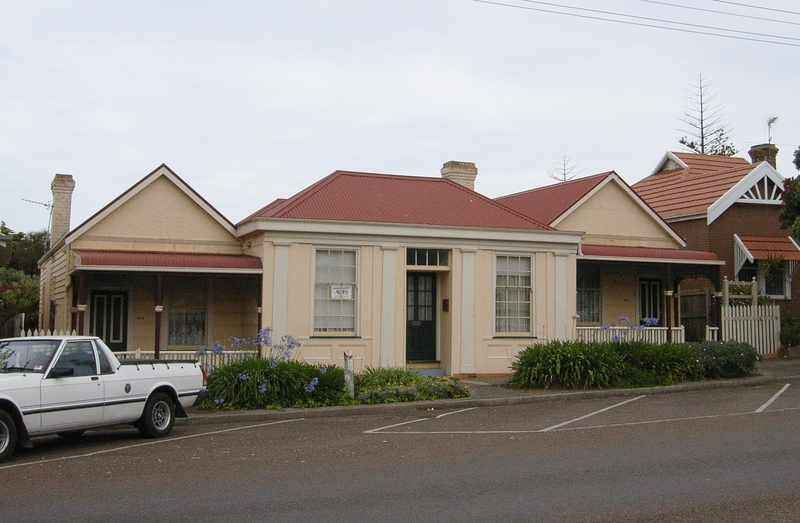 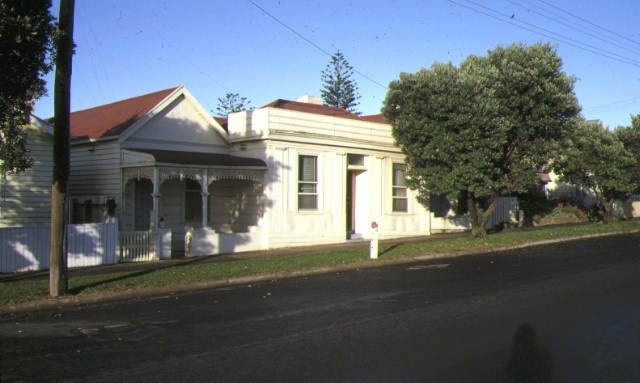 The Former Builders' Inn at 25 Gawler Street is one of Portland's earliest hotels. A license was granted to John Leahy for the Builders'Inn in 1849 and it is possible that the oldest part of the present building dates from this time or earlier. Leahy had been a resident of Portland since its first settlement and, as a builder, it was most probable that he built the inn himself. His occupation certainly accounts for the building's name.

The earliest indication of a building on the site appears on Birmingham's 1853 map of the town of Portland. From about 1856 the property was known as the Weight Bridge Store, run by Hudson Beauvais the manager of a whaling company.

Details of the central section of the building containing four rooms are consistent with a building of the 1840s or early 1850s, including the 8' wide timber boarding which lines some of the internal walls and ceilings. The facade retains its original timber fluted Doric pilasters; a distinctive and relatively rare feature of some architectural importance. Portions of the timber outbuilding at the rear of the property appear to be of a similar age to this part of the house and may have originally served as a detached kitchen

the building was extended on the east and west sides in 1913-14 with timber additions which present a symmetrical composition of roof gables and verandahs to Gawler Street. The additions are intact and of some interest for their contribution to the streetscape and the consistency of their pressed ceiling and dado linings.