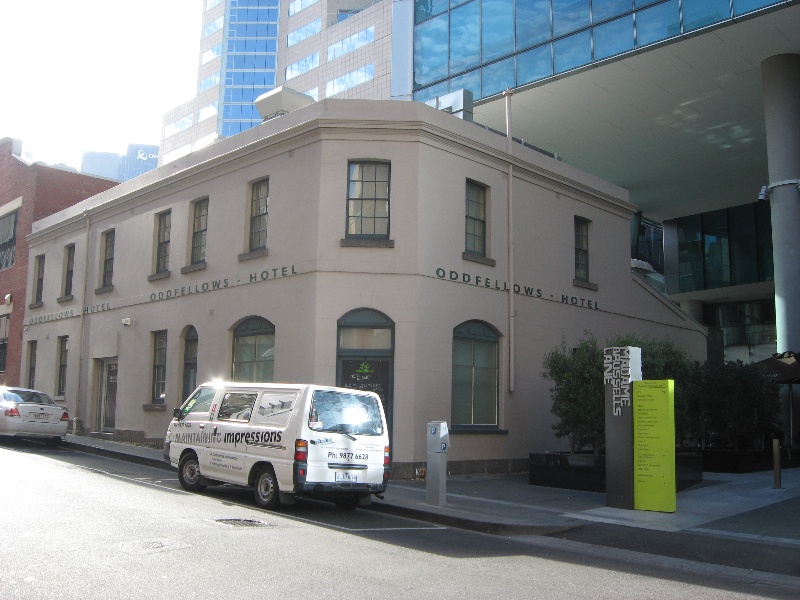 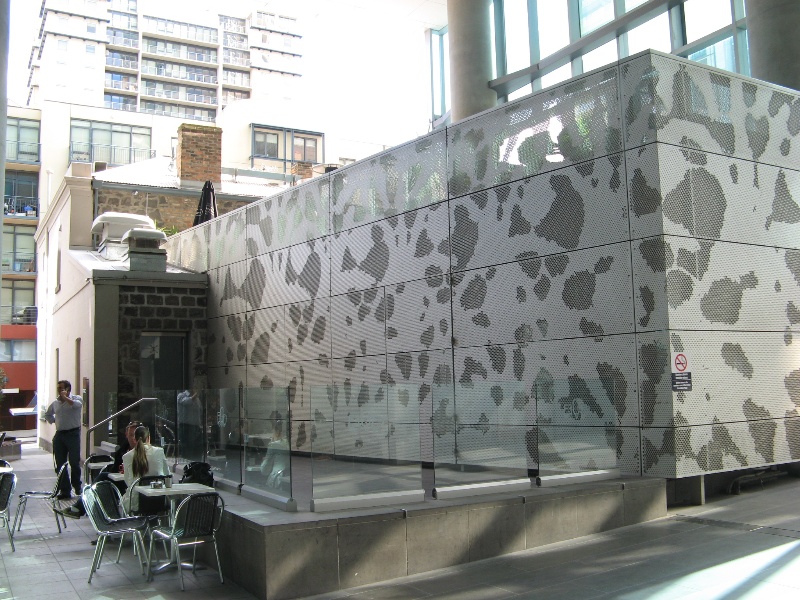 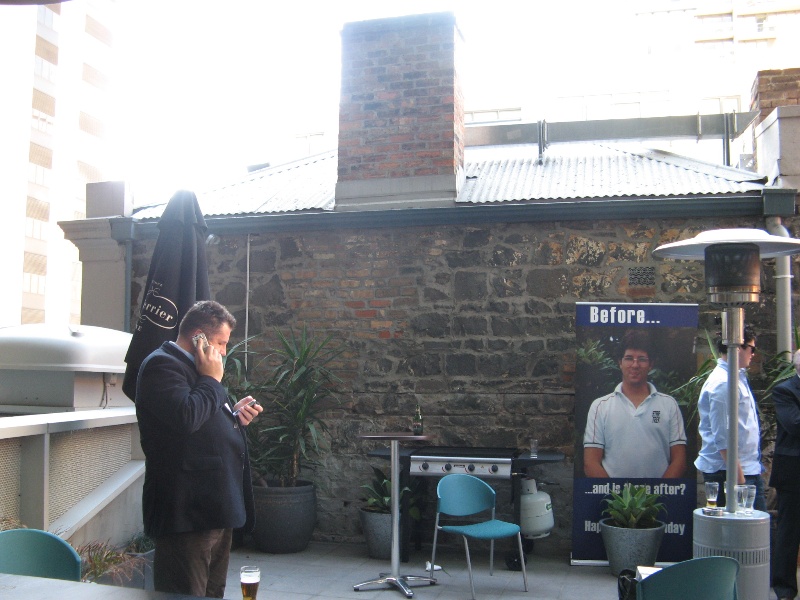 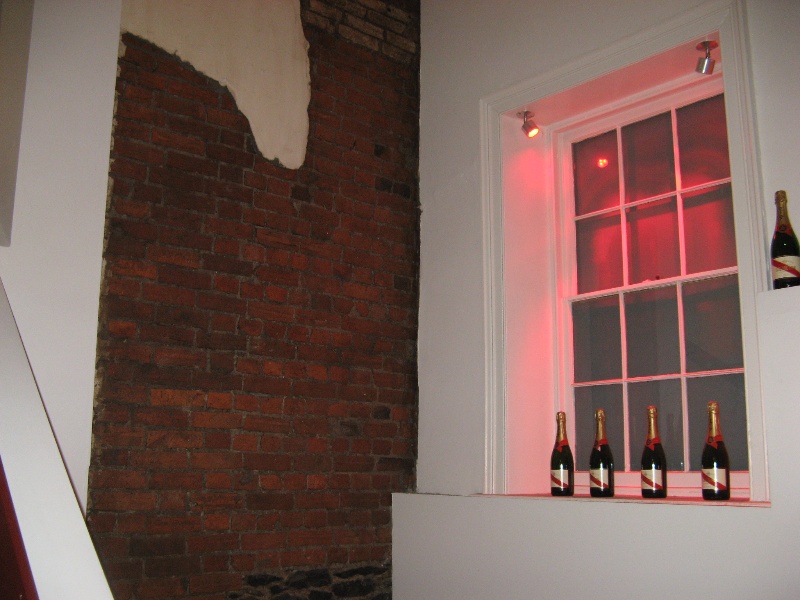 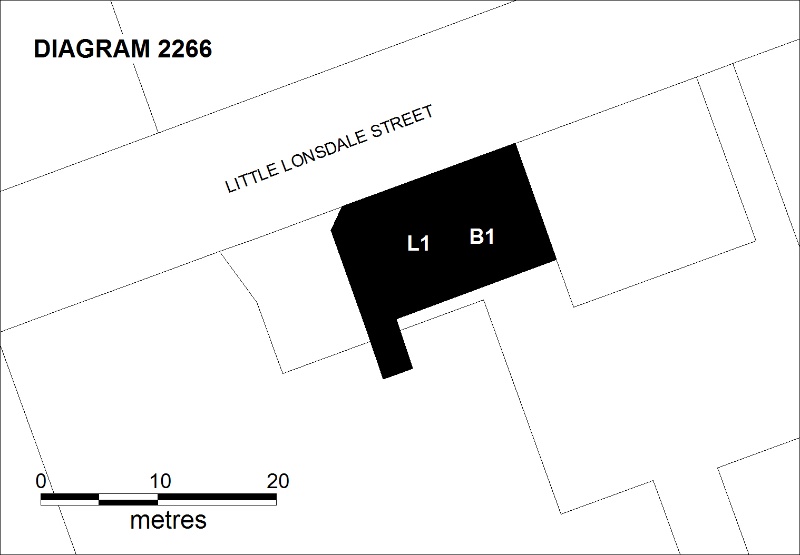 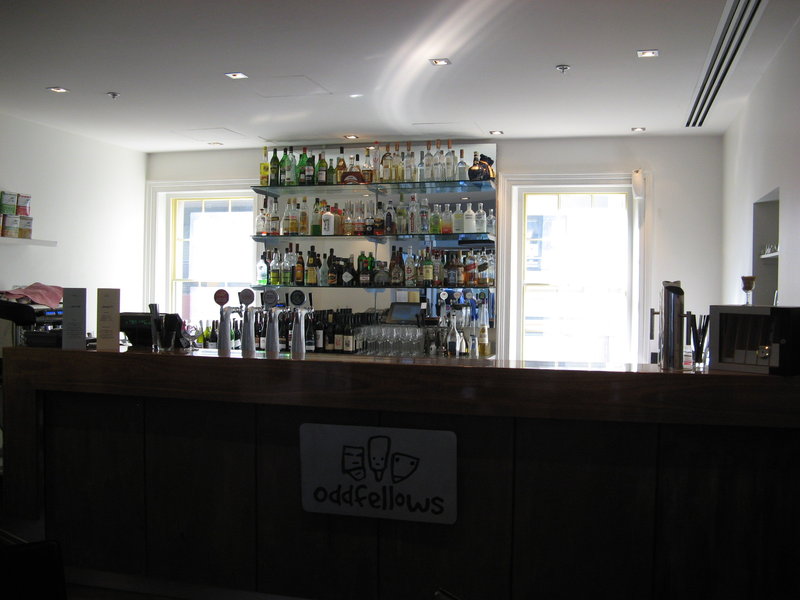 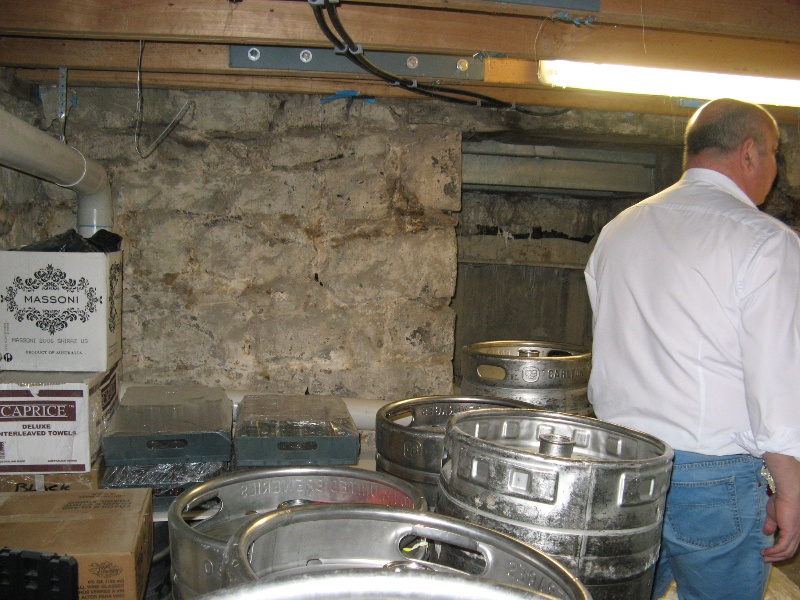 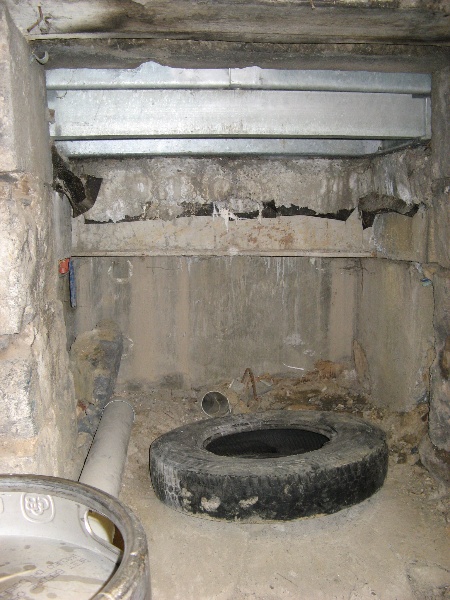 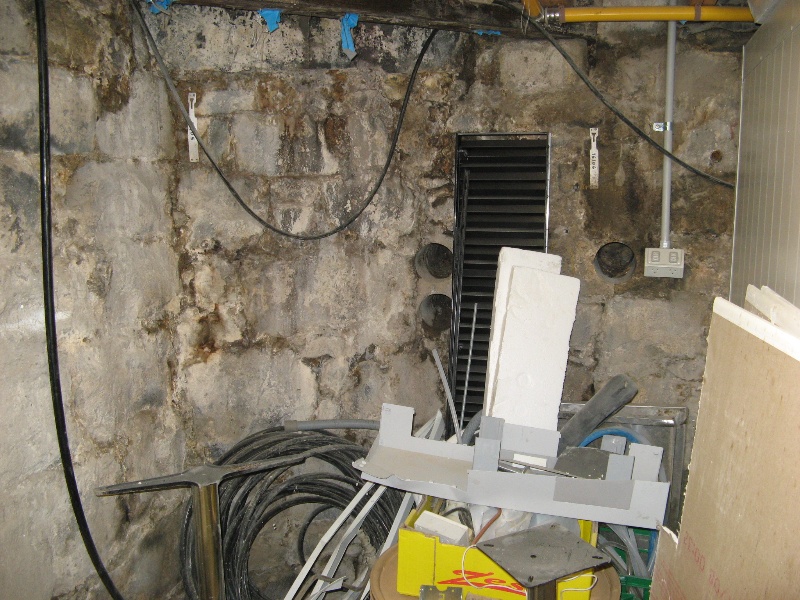 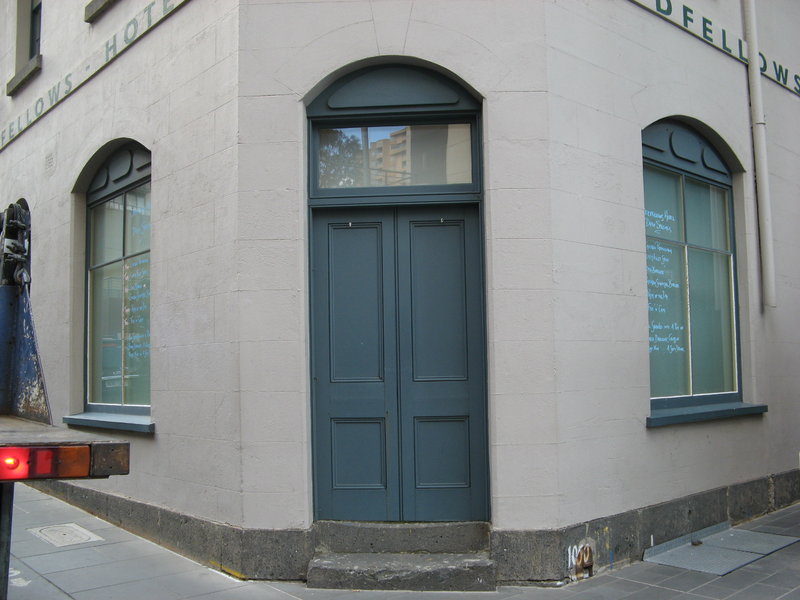 The former Oddfellows Hotel is a two storey building constructed in stages between c1848 and 1853. A carpenter, Henry Charles Wills, built a single storey cottage with a carpenter's yard for himself on the eastern end of the site after purchasing the land in 1848, and in 1850 built a similar two-room cottage next to it, which he leased out. In 1852 Wills added a second storey to each of the houses, and in 1853 he constructed on the western part of the site a 'large house stucco, cellar, 15 rooms, bar and stable in yard', known as the Odd Fellows Hotel. The second house became part of the hotel, but the house at the eastern end was always separate and operated at one time as a boarding house and from the late 1890s was leased to Chinese cabinet makers. The hotel lost its license along with many others in the city with the Licenses Reduction laws of 1906 and closed in 1912. After the hotel closed the whole building became a furniture manufacturing workshop and in 1914 the property was bought by the well-known merchant Cheok Hong Cheong, a missionary and social reformer in the Chinese quarter of Melbourne. The building was occupied by Chinese cabinet makers until 1948 when it was acquired by the Commonwealth Government. The elevations on Little Lonsdale Street and the former Little Leichardt Street have remained largely intact but a number of alterations were made to the interior and the rear during its use both as a hotel and factory. The building was restored externally in the 1990s with the interior rearranged for commercial use. In 2005-06 an extension was added at the rear and the interiors were largely gutted as part of its conversion to a bar and restaurant. The city block on which the building is located has been redeveloped, and the former hotel is now almost surrounded by high-rise buildings: the Telstra national headquarters, the Casselden Place office tower and The Urban Workshop.

The former Oddfellows Hotel is a two-storey stuccoed building with a splayed corner entrance, typical of hotels of the period. At the eastern end are the two two-storey parapeted row houses which are attached to the stuccoed rubble bluestone hotel section to the west. The hotel building is readily distinguished from the older former houses by the segmental arches over the large hotel windows and doorways on the ground floor. The bar entrance was on the splayed corner and the residential entrance off Little Lonsdale Street to the east. The doors and most of the twelve-pane double-hung sash windows are 1990s reconstructions of the originals, but the multi-pane window embedded in the south wall is likely to be original. The roof was probably originally slate, but is now clad with corrugated iron. The interior has been largely gutted but the original bluestone rubble cellar remains, with an entrance in the footpath on the former Little Leichardt Street. A large modern addition has been made at the rear but the rear random-coursed bluestone wall of the hotel and an original chimney above it survive. A chimney in mid-roof is also original. Only a few remnants of the original fabric survive internally.

The former Oddfellows Hotel is of historical and architectural significance to the state of Victoria.

The former Oddfellows Hotel is historically significant as one of the oldest surviving buildings in the City of Melbourne. The facades on Little Lonsdale and the former Little Leichardt Streets are largely intact externally and the building is a now rare demonstration of the many modest buildings once common in the city, most of which have now been either demolished or significantly altered. It is of great importance in understanding the way of life in the poorer parts of the city in the past. It is significant for its association with Melbourne's Little Lon district, home to the city's poorest residents and many immigrant groups, particularly the Chinese, during the nineteenth and early twentieth centuries and once notorious for its poverty, crime and prostitution. It is significant for its association with Melbourne's Chinatown in the late nineteenth and early twentieth centuries when much of this part of Melbourne was occupied by Chinese cabinet makers.

The former Oddfellows Hotel is architecturally significant as a rare surviving example of the external form of a small 1850s hotel building in a Colonial Georgian style. Its street facades are largely intact and it is a now rare demonstration of the many modest commercial buildings once common in the city. It is typical of the many small hotels built throughout Victoria in the mid-nineteenth century, which were often built on corners and had a splayed corner entrance.