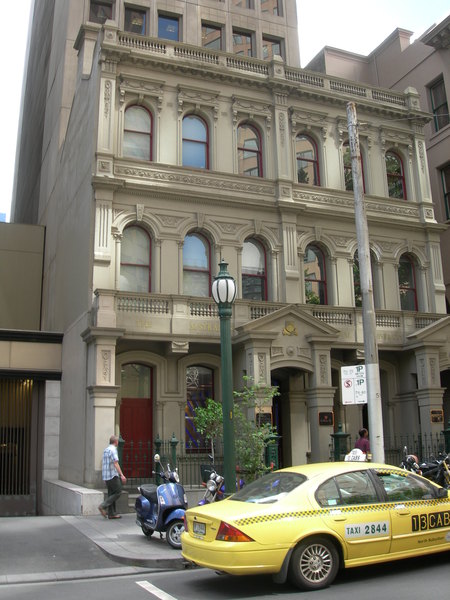 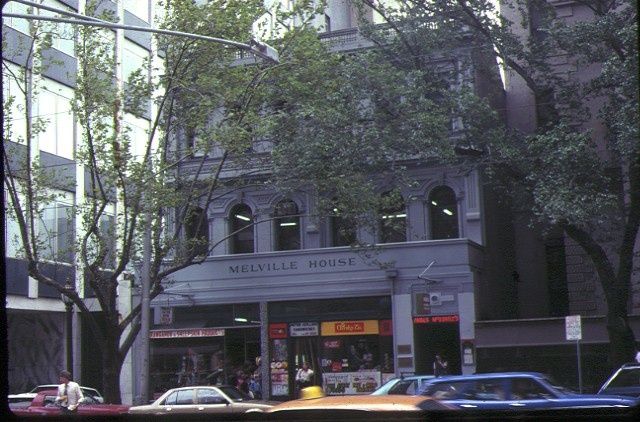 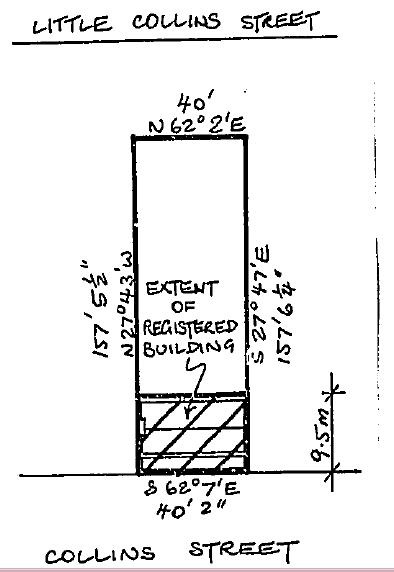 Melville House assumed its current facade in 1881 when alterations and additions to an existing building were designed by Billing & Son architects for the owner Dr Ray. The work was carried out by the builder Henry Yeo. Melville House consists of a pair of three-storey, stuccoed brick structures that originally served as residences and professional premises. Stuccoed details include the first floor round-headed windows framed by columns, and at second floor level the decorative band beneath the windows and the hoods. The surviving original portions of the facade of Melville House are typical examples of domestic so-called Boom Style architecture. A balustraded parapet completes the composition. New shop fronts were incorporated into the ground floor in 1927 and the two buildings were linked at an unknown date.

Melville House is of historical and architectural significance to the State of Victoria.

Melville House is historically significant as one of the few surviving nineteenth century residences in the central city area. It is representative of the more domestic scale buildings that were occupied by professionals such as doctors and lawyers at the top end of Collins Street.

Melville House is architecturally significant as an excellent example of the so-called Boom Style architecture of 1880s Victoria. The lavish use of stucco decoration is typical of the style but is a rare surviving example of the type in the city.